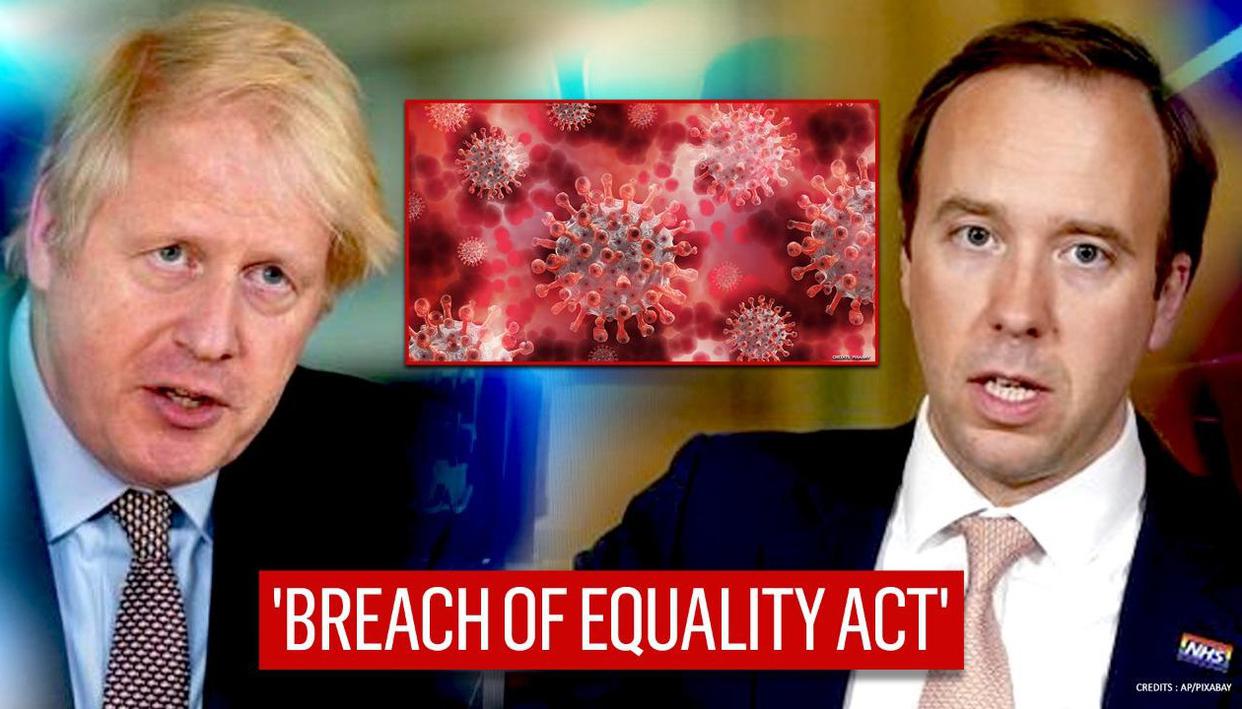 British Prime Minister Boris Johnson and Health Secretary Matt Hancock have been accused of acting ‘illegally’ by appointing three key figures to high-level positions in the fight against COVID-19. Activists have filed a legal challenge against the two in the High Court, alleging that all three appointments, including NHS Test chief and Trace Dido Harding, were made without announcing the post. The case, filed jointly by the Good Law Project and think tank Runnymede Trust, also found that the appointments were illegal because there had been no open competitions for high-level public sector positions.

The judicial review appoints three posts – Dido Harding, head of the NHS Test and Trace, Kate Bingham, head of the UK Vaccine Task Force, and Mike Coupe, director of the NHS Test and Trace, according to a report from The Guardian. Activists alleged that the three were appointed to their posts due to their ‘Tory relations’, Dido Harding and Kate Bingham being married to Tory MPs and, on the other hand, Mike Coupe, was a colleague of Harding and was the former general manager. from Sainsbury, according to a Guardian report.

“Cape for the advancement of private interests”

Calling him a ‘chumocracy’, the director of the Runnymede Trust racial equality think tank Dr Halima Begum has informed that the organization is partnering with the Good Law Project to launch legal proceedings against government officials British. She further added that the nation ‘demands accountability’ for ‘nepotism around public health appointments’ while calling the nomination of Dido Harding, Kate Bingham and Mike Cup ‘uncontested’ .

“I am pleased to report that the Runnymede Trust and the Good Law Project have launched legal proceedings against the UK government for potential violation of the Equality Act 2010 in connection with the uncontested appointment of DidoHarding et al to the head of the defective Track and Trace system. # EndNepotism #BLM ”reads a tweet from Dr Halima Begum.

On the other hand, the director of the Good Law Project, Jolyon Maugham QC, took to Twitter to criticize Boris Johnson and Matt Hancock, advising that the full court documents would be released by the organization on Sunday. He also called on politicians saying that if they “care the least about public trust” things need to get back to normal. He further added that public service should be a matter of public trust and “not a cloak for the promotion of private interests”.

“It is our belief that cronyism – which undermines the public interest, discriminates against those who do not rub shoulders with Cabinet ministers and excludes those who do not have the family fortune to work without pay – is illegal. we at The Right Bill want to prove it in court, ”Jolyon Maugham said in a tweet.

Here is our page on crowdfunding – which includes our initial letter before acting to the Prime Minister. We will publish the entire Court tomorrow (unlike this government, we believe in transparency). https://t.co/1PaJsSMCYs