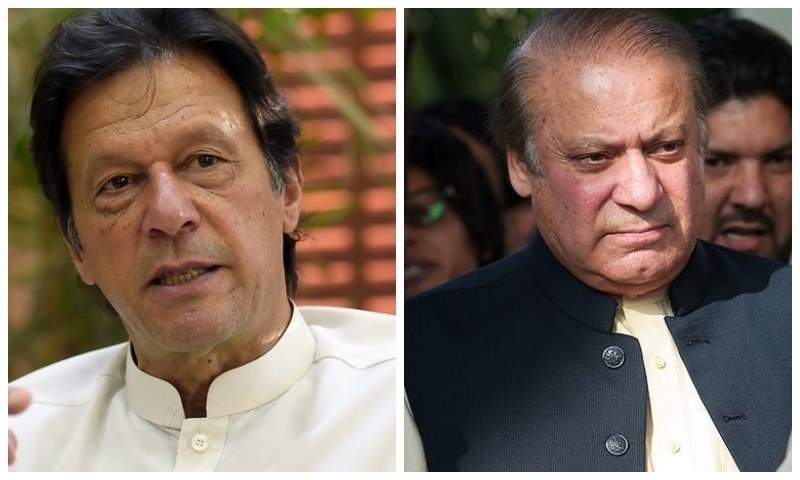 The UK government faces a tough choice as it plays the sheriff in the battle between Imran Khan and Nawaz Sharif: should it side with a sitting Prime Minister who is desperate to obtain orders from? expulsion for a former prime minister whose party is one of the most important political forces in Pakistan?

Senior Pakistani officials are using diplomatic and non-diplomatic channels to convey their demand to British authorities to dismiss Nawaz. A very well-placed source in the UK, who is not authorized to speak on the matter, told Dawn that a senior Pakistani official met his British counterpart in October to make her understand that Nawaz was not plus a delicate issue between UK and Pakistan and failure to deport him could lead to strained ties between countries. It is not known how the message was received by Downing Street and the Home Office, where the case of Nawazs’ leave will be decided.

Senior government officials are also urging the UK to act on this issue. Prime Minister Imran Khan said last month he would contact British Prime Minister Boris Johnson to discuss his expulsion and his accountability adviser Shahzad Akbar wrote a letter to Home Secretary Priti Patel on October 5 to urging him to expel the former prime minister he said he was responsible for. plunder the state.

All eyes on the UK Home Office

Separately, there are reports that the Pakistani government has refused flights carrying people deported from the UK, allegedly due to the lack of success on the Nawaz issue.

Akbar denied this and told a newspaper that the government was asking for the expulsion of a former prime minister as a matter of principle, but that this was unrelated to any other bilateral issue between the two countries.

For the UK government, one option might be to give Nawaz a limited period of time to stay legally in the UK, which appears to be the only way to avoid offending both Nawaz and the current Pakistani regime. This would give the PML-N leader a chance to challenge the Home Office’s decision and also consider alternative options. Since 2015, the Home Office has been able to notify a person that they are likely to be removed, and then remove them at any time during a three-month withdrawal period.

While the Pakistani government uses the word expulsion, the Interior Ministry is unlikely to take such an extreme step. Expulsion is the forcible return of a person who has exceeded the length of their leave or when the Home Office deems their removal to be for the public good, which may include a person who has a criminal conviction in the Kingdom – United or abroad.

Deportation is an extreme step, as it means being forced to leave the UK and not being able to return for at least 10 years.

In the case of Nawazs, the government of Pakistan is hoping to persuade UK authorities to cause a forced removal, sometimes referred to as an administrative dismissal, a scenario in which the Home Office imposes the removal of an individual from the UK if he does not have permission to stay, that is, if his request has been refused or if his leave has expired.

There is no doubt that the Nawaz affair has put the UK government in a difficult position. As he considers the request of the Pakistani governments, he is also aware of the context in which Nawaz was granted permission to leave the country as well as the political environment that exists in Pakistan.

Here, public statements such as those made by Prime Minister Khan in Washington in July 2019 when he vowed to remove the air conditioner from the cell in Nawazs prison could be used to undermine the veracity of the corruption case. government against him. Most recently, Khan told a busy crowd: You [Sharif] will be kept in a regular prison, not a VIP prison. You come back and I will see how we keep another statement for you that could be brought to the attention of the Home Office to establish a case of political persecution. It is also important to note that Nawaz was convicted in a sedition case which carries the death penalty.

International law places obligations on the UK when it deportes individuals to countries where they may be at real risk of torture.

A PML-N source said an appeal would be a serious possibility if permission to remain from the Nawazs was denied. If the visa extension is refused, he has the right to appeal [review]. We will appeal because of his health and comorbidities. If God forbid, he is exposed to Covid, it could be fatal. If the Pakistani authorities do this to silence him [Nawaz] up, we will not hold back.

While the Nawaz affair is exceptional insofar as it involves a major political figure, a reality is that she arrived at the Ministry of the Interior at a time when she is being criticized in her country for being a refuge for foreign nationals. accused of corruption. In recent years, journalists and rights groups have criticized the policies of the UK government which they say has made the UK a safe haven for corrupt wealth. Transparency International called on the British government to open an investigation into Nawazs’ properties in London in 2018 when he was convicted in the Avenfield case and then sentenced to 10 years.

UK-based immigration lawyer and expert Mohammad Amjad said the Home Secretary certainly had the power to expel Nawaz Sharif, but the question of whether Ms Patel will use that power comes down to political will.

The central question is whether or not there is political will [in the Home Office] to use that power, he said speaking to Dawn. The UK government will do what it sees fit based on its own interests. If it doesn’t serve their interests to keep him in the UK, they can act at the request of the Pakistani government.

He added that although the UK has deported foreign nationals with criminal records in the past, it was unaware that the UK government was using its deportation powers against an important politician.

When asked if there was a parallel here with the Altaf Hussain case, in which some believe the UK government had a soft approach due to political interests, Amjad said: I think the question of ‘Altaf Hussain is different as he was a citizen although there are now powers in place to remove even a British citizen from his nationality. The question really comes down to this: does the UK think it [Nawaz] is still a horse in the race?

As the Pakistani government consults with a handful of lawyers on this matter, Nawaz Sharif’s son Hussain Nawaz told Dawn that his father was legally represented by one of London’s top law firms, which includes top lawyers and solicitors.

Whatever happens, we are confident that the UK government will do the right thing, he said, without giving further details on the matter.