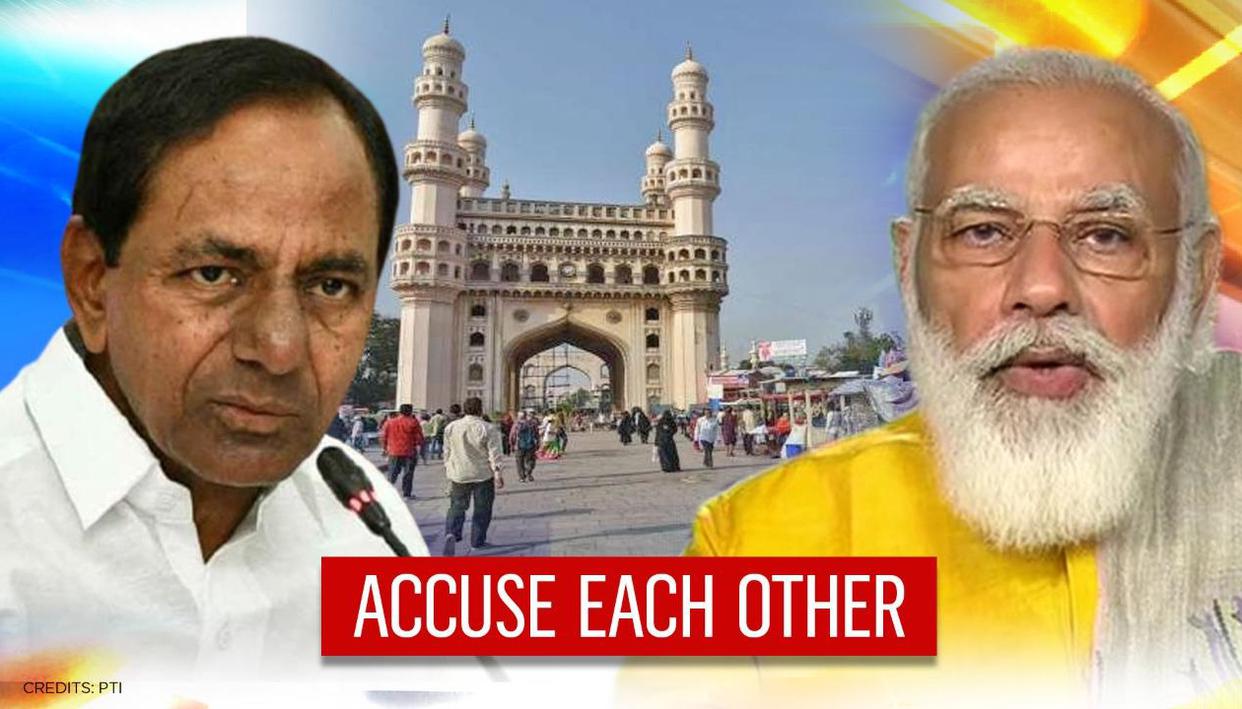 As the Greater Hyderabad Municipal Corporation (GHMC) elections approached, the TRS and BJP filed complaints against each other with the State Election Commission (SEC). While the BJP accused the TRS of using derogatory remarks against the prime minister, TRS alleged that BJP leaders insulted Telangana CM K Chandrashekhar Rao.

In a letter, the BJP said CM KCR made “abusive and unwarranted comments” against the prime minister at a press conference on November 18. “When the election is held at a local body, the chief minister without any reason The BJP and personally attacked PM Modi. All of these allegations are baseless and unjustified and the same is done with a malevolent intention to influence the voters in the GHMC elections, “the letter read. The ruling TRS, for its part, demanded the arrest of BJP state unit head Bandi Sanjay Kumar for his” hate speech “and for having called KCR a “traitor”.

While announcing that it will host a conclave of anti-BJP leaders, TRS supremo KCR, raised questions about divestment proposals related to public sector units, including LICs, and the privatization of railways, and a targeted Prime Minister Narendra Modi. “Modi who describes himself as cHaiwala in a station, he was now “selling” the station. God knows where the chaiwala left. The person who said he sold tea is now selling the station … What is the need to privatize the railways which provide jobs for the lakhs and serve thousands of people? “

Speaking at a press conference, Karimnagar MP Bandi Sanjay Kumar said the upcoming municipal elections were “a fight between patriots and traitors”. Noting that the BJP has represented Hindus, who make up 80% of the state’s population, Kumar said, “The BJP will not tolerate anyone creating problems for Hindus. The Chief Minister, who claims to be Hindu, had an alliance with the AIMIM party, which kills Gau mata. “

The Telangana State Election Commission (TSEC) has announced that 150 divisions of the GHMC will go to the polls on December 1 and that the counting of the votes will take place on December 4. , from 7 a.m. to 6 p.m. The current term of the GHMC board ends in February 2021 and in the 2016 elections AIMIM won 44 seats, TRS 99. The BJP won 4 seats, Congress 2 seats and TDP one seat.

READ | After a call to the “ anti-BJP front ”, Telangana CM KCR entrusts its victory to the TRS in the GHMC polls

READ | BJP responds as KCR invites anti-BJP parties to meet; Reminds him of his background

British leader to end coronavirus lockdown in England on December 2