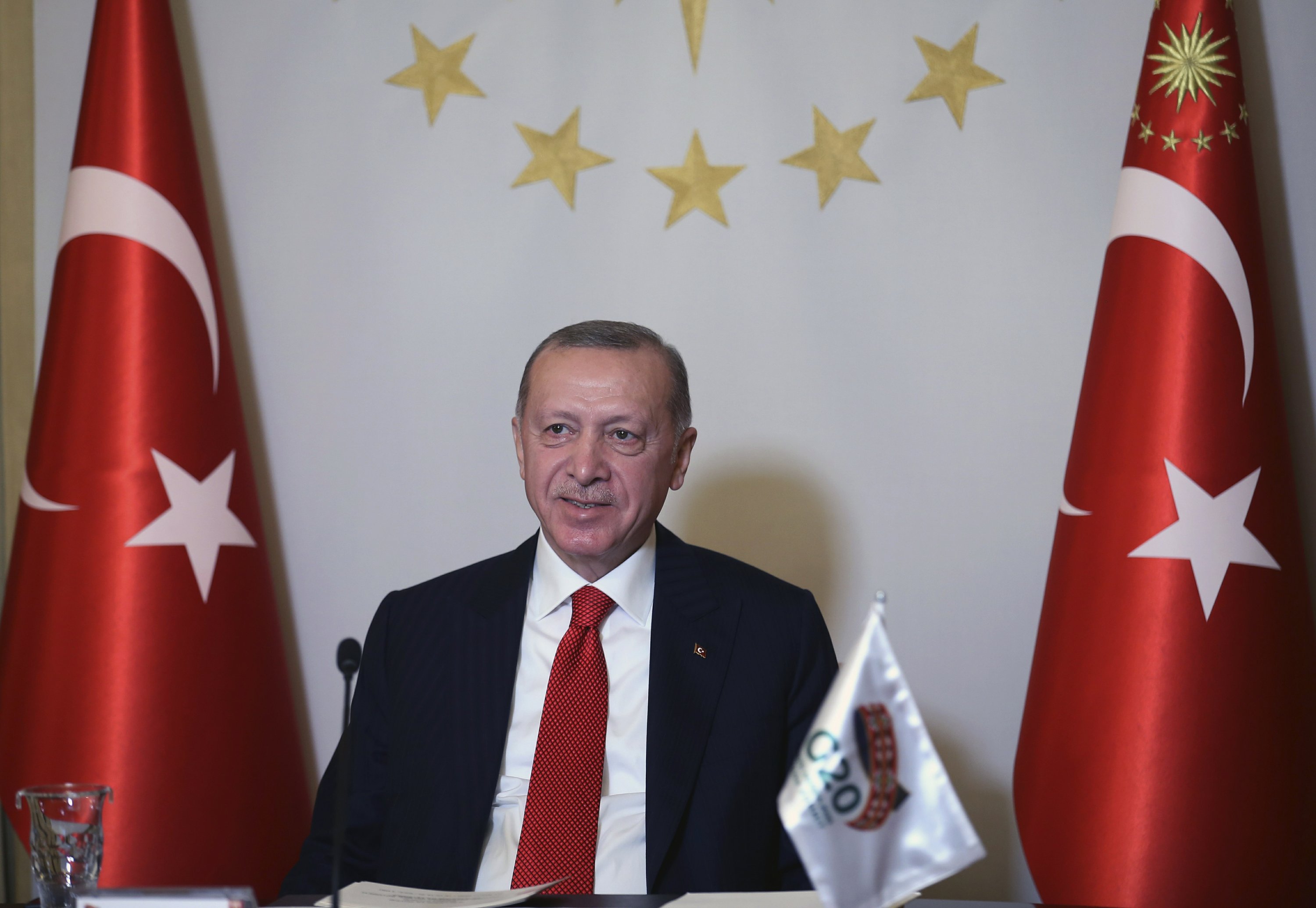 ANKARA, Turkey (AP) Turkish President Recep Tayyip Erdogan on Sunday said Turkey sees itself as part of Europe, but called on the European Union to keep its promises on issues such as the candidacy of the countries and refugees.

He spoke ahead of an EU summit to be held next month. In recent weeks, EU members have raised the prospect of sanctions against Turkey for its gas exploration missions in the Eastern Mediterranean.

We still see ourselves as part of Europe, Erdogan said in a virtual speech to members of the ruling party. We have chosen to favor Europe as long as it does not force us to look elsewhere.

He added: Keep your promises to our country of full membership in the refugee issue. Allows for closer and more effective cooperation together.

Turkey applied for membership in the bloc in 1987 and four years ago signed an agreement with the EU to manage the flow of migrants to Europe.

However, claims of democratic retreat saw its application effectively suspended as both sides accused the other of failing to properly implement the refugee agreement.

Ankara has sent research and drilling vessels to waters claimed by EU members Greece and Cyprus, causing a military escalation over the summer.

Ahead of an EU summit in September, Turkey withdrew the research vessel Oruc Reis from the eastern Mediterranean. The ship returned later and on Saturday Turkey announced it was extending its mission until November 29.

EU leaders are due to meet in Brussels on December 10 and 11 and have expressed concerns about Turkish activity in parts of the Mediterranean that Ankara unilaterally claims as its economic zone. Tensions have also been fueled by Erdogans’ insults against French President Emmanuel Macron and Turkey’s foreign policy in northern Cyprus and Azerbaijan.

In a bid to deepen relations, Erdogan dispatched his spokesperson Ibrahim Kalin, who often plays a role in foreign affairs, to Brussels on Friday.

Over the past two weeks, Erdogan has spoken of plans for judicial and democratic reforms to accompany a shift in economic policy, a sign some have suggested as an attempt to take over Europe and President-elect Joe Biden’s new administration to the States. -United.