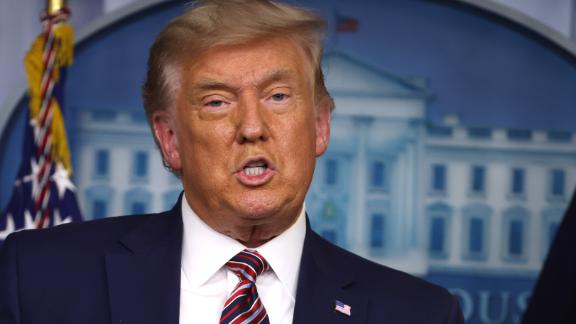 Coming off the stage, Donald Trump’s departure was kind of a whimper, US President leave the top of the ranking of G20 world leaders to play golf.

Trump has been at odds with the global mood since he first took office by preaching his brand of nationalist isolationist pride “America first, just, not free.”

Now that his term is coming to an end, despite his refusal to publicly accept reality Among the results of the US election, the combined unspoken message from world leaders is: don’t let the door knock on your way out.

The virtual summit of the leaders of the richest nations in the world is hosted by Saudi Arabia. Its stated goal is to bring countries together to fight Covid-19, to speed up testing, treatment and vaccines for all, while helping poor countries cope with the economic impact of the pandemic.

Evidence of the change in attitude towards the outgoing US administration has come from the lips of Saudi Investment Minister Khalid al-Falih. “When the world needed leadership [to combat Covid-19] there weren’t any, ”he said. The G20 had intensified because some nations “turned to nationalism”. Al-Falih did not mention Trump by name. He didn’t need to, his audience figured it out.

In his opening remarks to the G20, Saudi King Salman also appeared to rebuke a core Trumpian value: the World Trade Organization (WTO) has too much power.

King Salman, surrounded on screen by Zoom-style boxes showing leaders including a semi-slumped Trump, said: “We have adopted the Riyadh Initiative on the Future of the WTO with the aim of making the future multilateral trading system present or future challenges. “

And, in a startling development, Turkish President Recep Tayyip Erdogan, who normally disagrees with the Saudis, backed the king’s initiative. “Turkey supports equitable global economic growth and the sharing of welfare in accordance with the principles of the World Trade Organization,” he said. “For this to happen, the WTO reform process must move forward.”

As leaders spoke about the importance of sharing and working together to speed up Covid-19 testing, treatment and vaccines for all, the White House took on a radically different tone. White House Press Secretary Kayleigh McEnany said in a statement: “President Trump highlighted how the United States has mobilized all the resources at its disposal to respond to the crisis, as well as the economic recovery unprecedented.”

Given that Trump’s actual speech was given behind closed doors and the White House (unlike many other governments) refused its leader’s video, it’s impossible to know Trump’s tone and inflection or the response from his audience.

In Trump’s second speech on Sunday which, unlike the first, aired, his tone was shrill and uncompromising, his message aggressive and familiar: anti-global climate change controls.

During the virtual public panel, previous speakers including the Saudi King and the leaders of Australia, India and China all hailed the 2015 Paris Climate Change Agreement as vital to saving the planet, another of the G20’s goals. Trump, on the other hand, declared a plan to kill America.

In a room full of journalists and officials in Riyadh, as Trump’s speech was shown on a giant screen, hardly anyone was paying attention, unlike what other leaders spoke.

This week saw Covid-19 infections in the United States are increasing alarmingly, with 1 million new cases reported this week. The country now has 12 million in total and unlike most other G20 countries, no slowdown is in sight.

So Covid’s claims of success, if that’s what Trump implied, may have been met with polite eyes, or even (muted) laughs, similar response he received from world leaders at the 2018 United Nations General Assembly when he touted America’s greatness.

The White House said Trump “reaffirmed the importance of G20 collaboration for future economic growth and prosperity.” But during the pandemic, he systematically tried to undo many of the things the G20 was working towards, exiting and suppressing the only global health body, the World Health Organization (WHO).

French President Emmanuel Macron, who may have done everything possible with all international leaders to convince Trump of alternatives to his ‘America First’ policy, used his G20 speech to extol the value of the ‘WHO.

“The recommendations of the World Health Organization will be invaluable in ensuring an efficient and equitable prioritization. [of Covid vaccines]He said on Saturday.

By the time Macron spoke, Trump was already on the golf course, his clear message to the G20: I’m done.

It seems that even if Trump cannot accept it, the world is changing. At the end of the G20, its Secretary of State Mike Pompeo was due to land in Saudi Arabia for a much shorter visit than previously envisaged.

In recent months, Trump has pressured the Saudis to open relations with Israel in the same way little neighbor, the UAE, did. Pompeo’s mission was a secret, but in the days leading up to it he had been both in the United Arab Emirates and Israel, raising hopes that a final push to convince the Saudis might be underway.

Pompeo was due to have a brief meeting with Saudi Crown Prince Mohammed Bin Salman before returning to Washington DC. It’s not too late for a deal to be made, but as each lame duck day passes, the power of the current White House wanes.

Saudi Arabia, the location of Trump’s first overseas visit as president, appears to be the hill on which his influence abroad ultimately collapsed.

As we know, no G20 attendee has told Trump in his virtual face that his time is up, and no one here will rule him out until he is finally gone.

But he appeared to take stock himself as the G20 wrapped up and the King delivered the final communiqué while surrounded by leaders in their zoom boxes, Trump was not in his chair – instead of ‘an indifferent underlying, in a last gesture of apparent contempt.

For many, Trump’s exit from the top table of global decision-making will be a welcome break after four stormy years of intimidation and lies. The metaphor was completed in the final G20 communiqué.

The world is ready for President-elect Joe Biden; the bar for success is low, but the expectations are high.