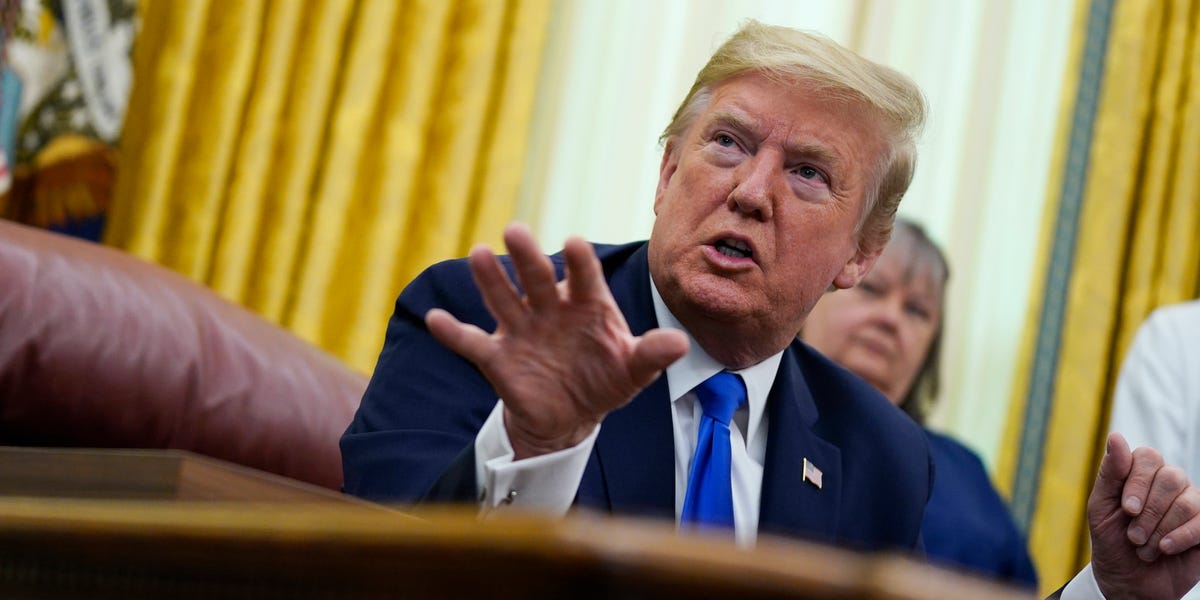 President Donald Trump criticized the Paris climate agreement on Sunday, telling world leaders at the G20 summit that the pact was bad for American citizens.

“To protect American workers, I pulled the United States out of the unjust and unilateral Paris climate agreement, a very unfair act for the United States,” he said. “The Paris agreement was not designed to save the environment. It was designed to kill the American economy. I refuse to give up millions of American jobs and send billions of American dollars to the worst polluters and environmental offenders of the world, and that’s what would have happened. “

Trump has long been critical of the environmental pact, which was established in 2015 and the United States joined under then-President Barack Obama in August 2016.

In June 2017, a few months after the start of his presidency, Trump withdrew from the deal, saying the deal was “draconian,” while disagreeing with standards for reducing carbon emissions.

After a complex liquidation process, the United States has officially left the Paris agreement November 4.

However, President-elect Joe Biden has already pledged to join the deal on his first day in office.

In the video that was filmed for the White House summit, Trump said the United States “has cut carbon emissions more than any other country,” a claim that the Associated Press said was “not that remarkable”.

“With its giant economy, the United States has far more gross emissions of climate-damaging carbon dioxide to reduce than any other country except China,” the Associated Press reported. A more telling measure of progress in various countries is looking at what percentage of emissions a county has reduced. As of 2005, the United States has not even been in the top 10 for percentage reduction in greenhouse gas emissions. . “

During the G20 climate session, Chinese President Xi Jinping called on the group to respect the agreement.

“Not too long ago, I announced China’s initiative to increase nationally determined contributions and strive to peak carbon dioxide emissions by 2030. and achieve carbon neutrality by 2060, ”Xi said. “China will honor its commitment and ensure its implementation.”