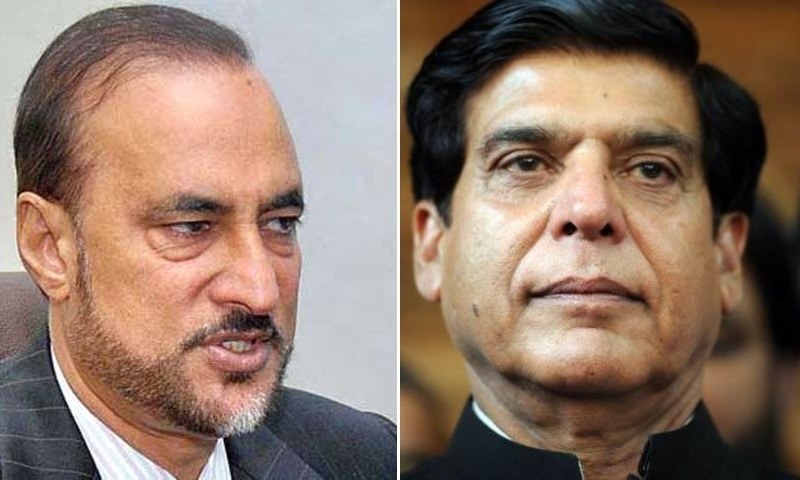 It is in the public interest to protect the governance system from any arbitrary exercise or abuse of office power, the ITUC ruled while disposing of the referral petitions.

The petitions were filed by Mr. Ashraf and former legal secretary Masood Chishti seeking to strike the reference.

The reference was based on the delay of the Minister of Justice in delivering an opinion on the Nandipur power project. The Supreme Court had appointed a commission headed by retired judge Rehmat Hussain Jafery to investigate the matter.

On Tuesday, an IHC division bench comprising Chief Justice Athar Minallah and Justice Aamer Farooq observed that the NAB failed to conduct a fair and impartial investigation. From a simple reading of the report, it appears that the investigator was influenced by the proceedings before the august Supreme Court, to such an extent that parts of the [Justice Jafery] The committee report has been reproduced verbatim.

There was no allegation, even remotely, that the accused had obtained an advantage or granted an undue favor to anyone. The calculation of the loss was also based on simple assumptions and was mainly linked to a price increase, the court noted.

The court noted: The Commission’s report does not allege corruption The report attributes the delay and loss to the negligence of the Department of Justice and Justice. The calculation of the loss was based on presumptions, as reputable accounting firms had demonstrated their inability to undertake such an engagement. The Office was unable to provide us with any order of the Supreme Court of August ordering the opening of criminal proceedings under the [NAB] Ordinance of 1999.

The IHC ordinance said: The manner in which the matter has been handled between the various ministries raises questions of governance at most but, without any stretch of the imagination, it can be regarded as the commission of a criminal offense. under the 1999 ordinance. Nor can it be ruled out that the fear within the bureaucracy of being exposed to prosecution may have been the probable cause of the delay, but nothing in the file even suggests a guilty mind or the existence of mens rea [criminal intent] and even less the realization of the elements constituting the offenses alleged to have been committed.

Nonetheless, if the accountability process is not administered prudently and strictly within the parameters prescribed by the legislature, it can cause irreparable damage to the governance system and affirm the concerns about the paralysis of the state apparatus observed by the august Supreme Court.

The bureaucracy is the permanent and professional part of the executive branch of the state. It has a central role in the governance of the country and in assisting selected representatives in the policy formulation process.

Governance refers to the decision-making process and the mechanism by which decisions are implemented. Every bureaucrat is expected to take many decisions and actions every day. Many decisions taken in good faith may be against the law or reflect a departure from known precedents and thus technically constitute a misuse of power.

The court observed: Bureaucrats are human and therefore can also make mistakes in making decisions or actions, but this would not necessarily result in criminal liability. Creativity, flexibility of thought and the ability to take initiatives and decisions are essential attributes of a bureaucrat to carry out his functions and duties.

However, if the accountability process fails to distinguish between mere abuse of authority or the failure to exercise it on the one hand, and corruption and corrupt practices on the other, it would inevitably lead to the creation of of a culture of fear. Such fear is definitely debilitating and has a negative effect on the governance system.

This clearly discourages the bureaucracy from being creative and prevents individual bureaucrats from effectively carrying out their duties and functions, which is clearly not in the public interest and therefore affects fundamental rights guaranteed by the Constitution. In such an eventuality, they are unable to contribute to ensuring good governance.

The ordinance stated that all of Nandipur’s reference was related to the bureaucratic decision-making process and that there was no involvement of corruption and corrupt practices in the context of the offenses described in Article 9 ( a) of the 1999 Ordinance.

Concluding the judgment, the court expressed the hope that the NAB will exercise extreme caution and prudence while dealing with cases that do not involve an obvious element of corruption and corrupt practices.