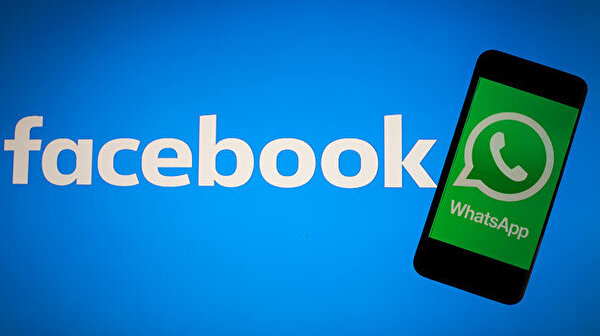 Describing data as the world’s most valuable asset today, digital media expert Nabat Garakhanova said that there is no complete security on the Internet when it comes to privacy issues.

Citing the new privacy rules for the popular WhatsApp messaging app, she recommended that people choose open-source, non-profit apps over those from companies.

Last week, the WhatsApp messaging service forced many users to agree to new privacy rules for sharing personal data with Facebook businesses. Users will not be able to use the app service unless they agree to the terms.

Responding to questions from Anadolu agency, Garakhanova, a doctor of digital switching, said that while the social media platform Facebook does not implement this type of obligation in many countries, such as in the EU, the firm tries to implement data collection, so it underestimates Turkey and its laws.

“There have been many discussions about the use of data they previously had, but as a requirement of the General Data Protection Regulation in EU countries and our country’s personal data protection law , WhatsApp had to get permission to use our data, ”said Garakhanova, who also runs a consulting firm Mezo Digital.

The social media platform already has user data, but is now trying to use and sell the data for advertisements legally, she added.

Recalling that Facebook has been accused of manipulating votes in previous US elections, she said personal data can be used to build perception management.

She said Facebook did not apply the same rules in the EU for fear of being sanctioned because of the precision of the groups for the protection of personal rights, probably.

Previously, France and the UK had blocked their citizens from using WhatsApp data through Facebook, she said.

She added that Turkey should also take firm action on changing privacy rules by these social media companies.

In this context, Facebook must suspend data sharing and announce its move to all users, the Turkish authority said.

Saying that there is no total security on the internet, she said that alternative apps will also have multiple personal data breaches.

Garakhanova recommended that people choose nonprofit open source apps over those from companies.

“We usually don’t read rules issued by apps, unfortunately. A lot of apps require irrelevant permissions on our devices and share our data,” she said.

Recalling that Google also has the world’s largest database, the expert said users should be careful when granting permissions.

After the new WhatsApp rules, several Turkish users switched to locally developed alternatives, such as Telegram, Signal and Bip and Dedi.

Havelsan, a large Turkish defense company, has also developed a local and secure messaging software called ileti designed for corporate communication with white box cryptography for the first time in the world. This type of cryptography combines encryption and obfuscation methods to embed secret keys into application code, making data breach more difficult for the attacker.

Another communications expert, Berrin Kalsin, said WhatsApp users are being forced to illegally agree to new rules. She said that the misuse of data has become another form of exploitation in today’s world.

She added that Elon Musk, CEO of several tech companies, including Tesla and SpaceX, has come up with an alternative Signal app.

“In terms of data privacy, the distinction between the EU and other countries is unacceptable,” said Ali Taha Koc, head of Turkey’s digital transformation office.