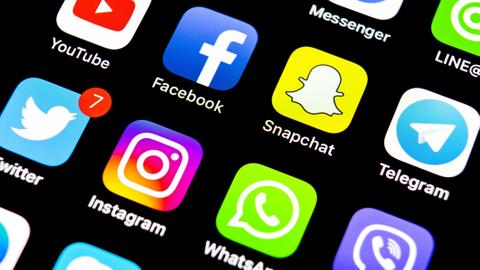 Turkey will not bow to “pressure” from social media companies who consider themselves above individual rights laws, the country’s president said.

“We will not give in to pressure from social media companies who consider themselves above the law in the face of the rights of our people,” President Recep Tayyip Erdogan said on Wednesday at an organized media awards ceremony in the presidential complex of the capital Ankara.

Thousands of supporters of U.S. President Donald Trump stormed the U.S. Capitol building on January 6, in an attempt to reverse his 2020 presidential defeat that claimed the lives of five people.

Trump called for his free speech accounts to be banned.

“We certainly cannot tolerate violent events targeting democracy and democratic institutions; however, we also cannot accept the closure of people’s communication channels without any legal basis,” Erdogan said, stressing that the US elections have showed how far “digital fascism” could go.

“We won’t let you make money from ads in this country without having an office. We won’t let you steal Turkey. When we started fining them, they got on the right track. You will pay. [here] like you pay in the West, ”Erdogan added.

Erdogan accused social media companies of failing to comply with court rulings in Turkey against accounts known to support terrorism.

Erdogan added that recent developments around the world have demonstrated the importance of Turkey’s legal struggle against “digital dictatorship and cyberbullying”.

He praised the efforts of the Association of Radio and Television Journalists to be the voice of families protesting against the terrorist group that has killed tens of thousands of people in Turkey, including police, teachers and preachers, as well as countless civilians, including dozens of Kurds.

The protest in front of the pro-PKK People’s Democratic Party (HDP) office began on September 3, 2019, when three mothers said their children had been forcibly recruited by the party into the terrorist group.

The protest has snowballed since then with large numbers of families across Turkey joining it.

The president said that mothers’ initiatives to bring back their children have demolished the walls of horror and exposed the bloody face of the terrorist group, and added: “On behalf of myself, my wife and my nation, I respectfully salute those brave mothers who protested to find their children for more than 500 days despite some disgusting attacks from supporters of terrorist groups. “

The Turkish president also criticized Western human rights organizations for not showing solidarity with the crying families and playing three monkeys, adding that the families’ efforts demonstrate ideological fanaticism in the country.

During its campaign of terror spanning more than 30 years, the PKK – classified as a terrorist organization by Turkey, the United States and the EU – was responsible for the deaths of 40,000 people, including women, children and infants. The YPG is the Syrian offshoot of the PKK.

READ MORE:
Why are the Kurdish families in Turkey camping in front of the HDP headquarters?