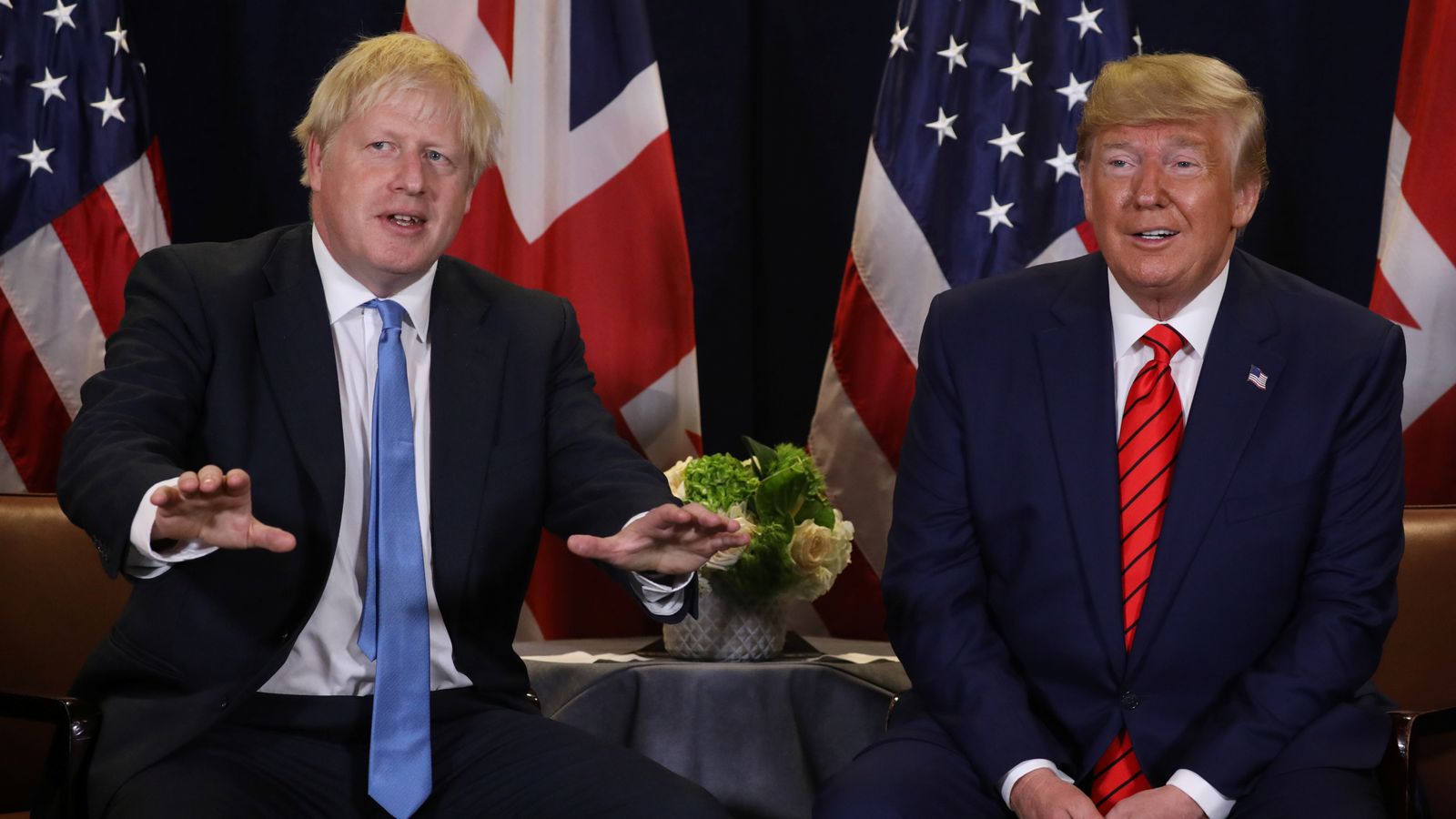 Boris Johnson has defended his close relationship with Donald Trump, just hours before the outgoing president became the first U.S. leader to be impeached twice.

The Prime Minister said he was in favor of the UK having “the best possible relationship” with the President of the United States.

Critics of Mr Johnson have long questioned the wisdom of the Prime Minister seeking close ties to a controversial president who has lived through four tumultuous years in the White House.

The loss of Mr. Trump to Joe Biden in the November presidential election has emboldened those opponents.

And last week’s riot at the U.S. Capitol, which the president is accused of inciting, prompted a renewed focus on Downing Street’s management of the former business mogul.

“The ministers were so eager to swallow Trump’s playbook of how politics should be conducted that they gave up on British values, interests and self-respect,” she said.

But supporters of the Prime Minister’s approach, including many within his Conservative Party, argue that maintaining the “special relationship” between London and Washington is more important than individual figures.

Appearing before the Liaison Committee of Senior Members of Parliament, Mr Johnson was asked about the 2018 remarks, when he said Mr Trump would deserve to be considered for the Nobel Peace Prize if he was able to ” fix North Korea and the Iran nuclear deal. ” .

The Chair of the Committee on Petitions, Catherine McKinnell, asked him: “In view of recent events, do you regret to say in 2018 that Donald Trump deserves a Nobel Peace Prize?”

Mr Johnson replied: “I am for the Prime Minister of the United Kingdom to have the best possible relationship with the President of the United States and I had a great conversation very recently with President-elect Joe Biden.”

The Prime Minister was speaking ahead of a vote in the Democratic-controlled House of Representatives to impeach Mr. Trump for the second time.

A single impeachment article accuses the president of “inciting insurgency” for his comments on the eve of the Capitol riot that left five dead.

Mr Trump has urged his supporters to “fight like hell” against the election result, after baseless claims for weeks that the victory was stolen from him.

His supporters stormed the building as the 2020 election results were formalized by Congress.

Trump ‘wrong’ to cast doubt on US election result

The prime minister said the president was “completely wrong” to encourage supporters to storm Capitol Hill and question the legitimacy of the election.

“I think what President Trump said about this is completely wrong,” Mr Johnson said.

“I wholeheartedly condemn encouraging people to behave in the outrageous way they did on Capitol Hill.

“And all I can say is that I am very happy that the president-elect has now been duly confirmed in office and that democracy has prevailed.”