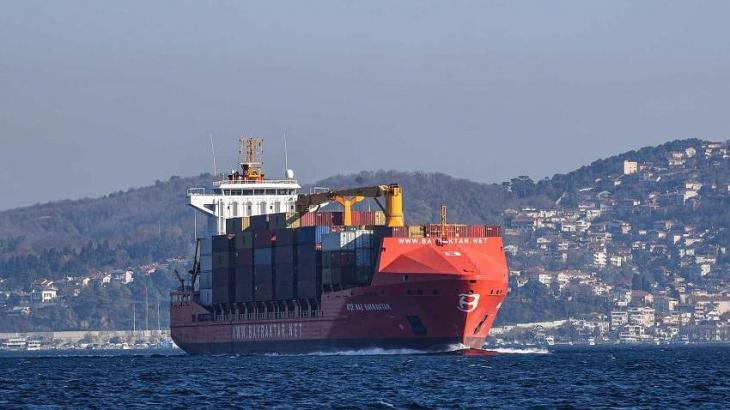 Turkey’s potential attempts to turn Brexit into an opportunity by seeking closer ties and trade deals with the UK after Brexit should not prompt the European Union to resume membership negotiations, said experts at Sputnik.

MOSCOW (UrduPoint News / Sputnik – January 13, 2021) Turkey’s potential attempts to turn Brexit into an opportunity by seeking closer ties and trade deals with the UK after Brexit are unlikely to spur the European Union on to resume membership negotiations, experts told Sputnik.

Relations between the European Union and Turkey have long been far from peaceful. In 2020, long-standing disagreements over Islamic extremism and human rights were overshadowed by a major feud over Turkey’s gas drilling in territorial waters claimed by Greece and the Cypriots in the eastern Mediterranean.

Turkey had aspired to become an EU member state since the late 1990s. In 1999 it officially became a candidate and in 2004 it received a list of eligibility criteria for its national policies in order to qualify for accession, a process known as accession negotiations. Since assuming the Turkish presidency in 2014, Recep Tayyip Erdogan has gradually moved the country away from these eligibility criteria, also called chapters, especially with regard to the rule of law and support for the separatist Turkish Republic of Cyprus. North.

In June 2018, the European Union officially declared membership negotiations with Turkey frozen. At this point, Ankara’s foreign policy resumed a pivot towards the East, particularly the Turkish and Muslim worlds, abandoned by the pre-Erdogan pro-Western Turkish authorities.

Experts were unanimous in ruling out the possibility for Turkey to resume negotiations for EU membership in the near future. The main reason they all cited was that Erdogan’s Turkey had become too renegade for the European framework of democratic good governance.

“No, I don’t think there is much chance of resuming membership negotiations. The European Parliament and public opinion are strongly against Turkey. Erdogan’s conflicting statements have seriously undermined bilateral relations with Turkey. the EU, and Greece and France will stand firm in their opposition to any progress. The process of autocratization in Turkey makes this possibility highly unlikely, “Berk Esen, assistant professor and vice-president of the Department of Human Rights, told Sputnik. international relations of Bilkent University in Ankara.

Esen agreed with Birol Baskan, a non-resident researcher at the Washington-based Middle East Institute, who also considered tensions in the Eastern Mediterranean to be the least of the factors reflecting the EU-Turkey relationship.

“I don’t think there is a chance [for EU-Turkey accession talks to resume] … Turkey has become too authoritarian for the EU, ”Baskan told Sputnik.

Erdogan himself, given the long-standing decline in his national popularity, would not risk loosening the grip on dissent and face even greater unpopularity as a result solely to please Europe, Gareth Jenkins , a senior non-resident researcher at the Joint Center’s Silk Road Studies Program and the Turkish Center of the Institute for Security and Development Policy in Stockholm, told Sputnik.

“No. I don’t think there is any possibility of resuming meaningful talks on Turkey’s EU membership in the foreseeable future, certainly not while President Erdogan remains in office,” Jenkins said. .

Furthermore, Jenkins argued that the momentum in EU-Turkey relations is currently shifting in a direction against rapprochement and that Brexit is likely doing him more harm than good.

According to the expert, even though the Brexit campaign cited Turkey’s possible EU membership as a reason for British citizens to vote for the leave, in reality the UK has always been one Turkey’s support within the bloc, “albeit for its own interests, namely a desire for a wider rather than a deeper union.

“Turkey will try to make Brexit an opportunity by seeking close relations and trade deals with the British government, not to mention the pressure for more British investment to come to Turkey,” Esen of Bilkent University said.

The policy of appeasement that the EU has adopted towards Erdogan over the past decade has failed either to curb his policy of oppression in his country or to discourage him from a destabilizing influence in the country. region, it was argued by Jenkins.

“There is a growing awareness that something has to change, especially as Erdogan’s aggressive policies are creating more and more tension within the Union. Unless Erdogan changes his policy, I think EU sanctions are inevitable later this year. The only questions are what they will be and if they will be effective, “said the expert.

Baskan, of the Middle East Institute, also believes that sanctions are the most likely scenario, not least because of Turkey’s domestic politics.

“If Turkey backs off its policy so far in the Eastern Mediterranean, the government will appear too weak at home,” Baskan said.

For Esen, who also agrees that the EU is very likely to sanction Turkey, it has to do with foreign policy issues, including the change of administration in the United States. Ankara realizes that its drilling activities in the Mediterranean, which it carried out with the connivance of Donald Trump, may not enjoy the same support with Joe Biden, according to the expert.

“I think there is a strong possibility that the EU will impose limited sanctions on Turkey if the tension is not defused in the eastern Mediterranean. Biden’s election as President of the United States has raised further concern. possibility of the EU taking a strong stance against Erdogan since the incoming Biden administration could also take this approach contrary to Trump’s enabling behavior so far. The Turkish government is aware of this and would likely want to initiate talks with Greece if only to prevent a united EU front from developing against it, “Esen said.

NORMALIZATION OF THE EASTERN MEDITERRANEAN IMPOSSIBLE WITHOUT COMPROMISE

“The two sides have pushed each other into a corner by mobilizing their public opinion and adopting a confrontational stance. So there seems to be a clear gap in the position of Turkey and Greece on the eastern Mediterranean. It is important to defuse the crisis so that both sides return to the diplomatic table, ”Esen said.

The Bilkent University expert felt that Turkey could alternatively seek non-European allies in the region, such as Israel or Egypt, but added that this would require a “substantial maneuver” on Erdogan’s part.

Jenkins highlighted the contrast between the official positions of Greece and Turkey on the tensions in the Eastern Mediterranean, saying that Athens had always made it clear that there was room for negotiations, while Ankara published statements and issued cards containing non-negotiable claims.

“Some of the claims on Turkish maps are reasonable, others clearly not. Negotiations and concessions by the two countries are the only way to resolve the problem. By publishing statements that can never be rejected by any Greek or Cypriot government. and insisting on the fact that it will never back down from them, Turkey leaves no room for negotiation, ”said the expert.

Highlighting the strong nationalist sentiments in both Turkey and Greece, Jenkins urged the two to refrain from making inflammatory and intransigent public statements that leave the other no choice but to respond and ultimately transform the dispute. into one “shaped by emotion rather than reason.”

In Baskan’s opinion, in order to resolve the crisis in the Eastern Mediterranean, the European Union should “seriously take into account Turkey’s concerns and respond to them”. The expert believes that the two will eventually succeed in developing a working relationship.

Girls hockey preview: Lumberjacks try to reload from the net