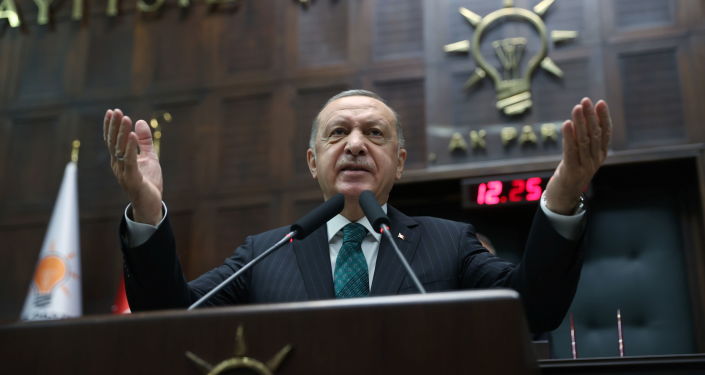 Turkish defense minister said on Sunday that 13 Turks were kidnapped and executed by the Kurdistan Workers’ Party (PKK) in northern Iraq after Ankara launched a military operation against the party earlier in February .

“If we are with you in NATO, you will not support the terrorists. If you want to participate, you will be with us,” he continued.

Speaking to members of his party, the president added that Washington’s earlier statement on slain Turkish militants was “a joke”.

The minister also said three Turkish soldiers were killed during Ankara’s military operation against the group, which was launched on February 10 in the northern Iraq’a Gara region. Three other soldiers were also injured, Akar added, noting that 48 PKK militants were killed by Ankara during the military operation. Turkey said the offensive was launched to secure the country’s border and search for people who had previously been kidnapped by the PKK.

Following the minister’s remarks, the US State Department issued a statement deploring “the death of Turkish citizens in the Iraqi Kurdistan region”.

“We support our NATO ally Turkey and extend our condolences to the families of those lost in recent fighting. If the reports of the deaths of Turkish civilians at the hands of the PKK, a designated terrorist organization, are confirmed, we condemn this action in the strongest terms, ”the ministry said.

The PKK has been called a “terrorist” organization by Turkey, the United States, the European Union and a number of other states.

Donald Trump seeks to reassert himself after acquittal of impeachment, plans to do interviews in coming weeks

BTN boss reports Jokowi: We sold 123,000 homes during the most difficult time of the Covid-19 pandemic