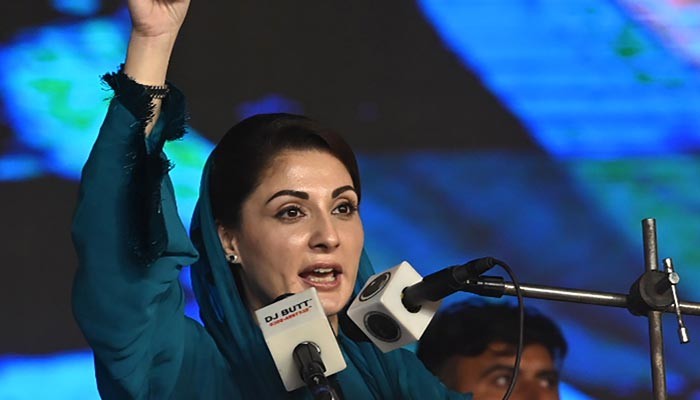 GUJRANWALA: PML-N Vice President Maryam Nawaz reiterated Monday that she will be living in Pakistan, criticizing the Prime Minister for issuing notes to what she called “millionaires and billionaires”.

The PML-N leader spoke to the media today when she spoke about a wide range of topics, including the distribution of Senate tickets by the PML-N and the PTI.

“People from all provinces of Pakistan have resisted the ruling party,” she said, referring to protests recorded by PTI leaders in Sindh and Balochistan over the allocation of Senate tickets. to Faisal Vawda and a few others.

“He [Imran Khan] used to say he struggled for 22 years. Did he find someone worth it [Senate election] ticket for [within the PTI] during all these 22 years? “

She attacked the Prime Minister, claiming that he was still critical of other political parties but that he himself had issued tickets to “millionaires and billionaires”.

Maryam said former Prime Minister Yousuf Raza Gillani was the co-candidate of the Pakistan Democratic Movement (PDM), adding that the opposition was trying to elect stellar leaders to the upper house.

“The PML-N awarded Senate tickets to party workers and those who fought for the party. Nawaz Sharif did not issue tickets to any billionaires,” she said, shooting the Prime Minister Imran Khan and the PTI.

Continuing her tirade against the government, Maryam said the opposition alliance was silent but members of the ruling party were making statements one after another.

“With the situation in mind, I fear that the censorship movement will start in parallel with the senatorial elections,” she said.

‘Will live in Pakistan’

The PML-N vice president said she would not ask the government to remove her name from the exit checklist. “Maryam Nawaz will not go overseas, you will have to go,” she said, referring to the government.

The PML-N leader said those who have been “forced” on the masses will have to be stopped dead in their tracks, adding that people in all provinces of the country are rising against inflation.

“I pity the bureaucracy and the officials,” she said.

Electoral controversy in the Senate

PTI leaders protested to leaders in Sindh and Balochistan over the nomination of Faisal Vawda, wealthy construction worker Saifullah Abro and a few others after the party decided to nominate them for the upcoming upper house elections.

The disgruntled Sindh party leaders wrote a letter to Governor Imran Ismail on the matter. Earlier, the party’s central leadership had withdrawn the Balochistan Senate ticket from business tycoon Abdul Qadir after a backlash and handed it over to Zahoor Agha.

Encouraged by the Balochistan fiasco, top party leaders from three rural areas in Sindh approached the governor on Sunday to show their anger and ask the party’s high command to take tickets back from Vawda and Abro.

In the letter, PTI officers from three regions said they were extremely disappointed with the entire process of selecting PTI candidates for Senate elections.

Rural Sindh PTI leaders have called for a review of the allocation of tickets to the Sindh Senate and said the move would hurt the party in upcoming local government polls.

Meet Major Ralengnao Bob Khathing, the man who had Tawang in India