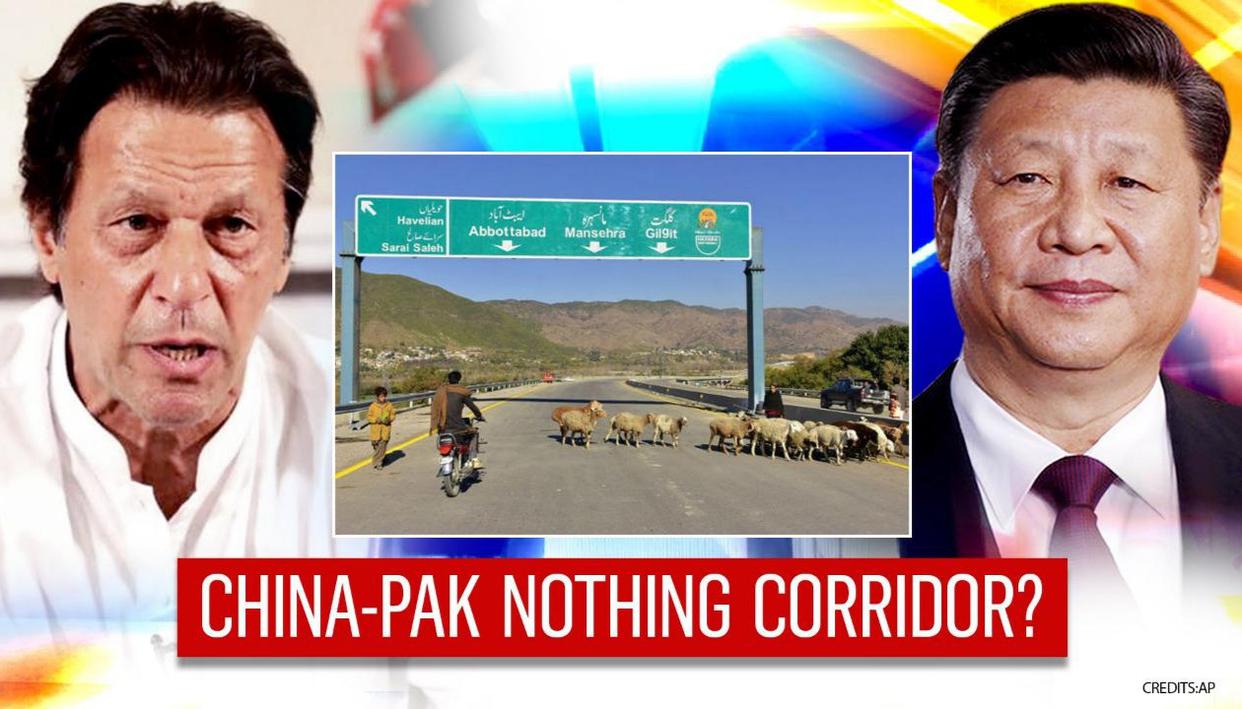 The Islamabad Senate Special Committee on China-Pakistan Economic Corridor (CPEC) Projects was informed on Friday that Beijing had not funded any infrastructure projects under the mega flagship initiative since 2017.

According to a report by The Express Tribune, during the committee meeting, Senator Sikandar Mandhro, head of transport planning at Pakistan’s Ministry of Planning, said that due to the lack of funding from CPEC, some projects , including the Khuzdar-Basima project, were in progress. federal development funds.

‘… it may be delayed but eventually everything will be fine’

Meanwhile, Committee member Senator Kabir Ahmad Shahi informed that only documents are being done on the CPEC. “I have been saying this for four years that we have been taking electricity from Iran and that a 300 MW project should be launched,” he added. “The project started so that a tent was set up with a guard sitting there. The fence around the new Gwadar international airport is a mess,” he said.

However, the senator stressed that there was no reason to be disappointed with the megaproject. “CPEC is our future, it may be delayed but eventually everything will be fine,” he said, according to the report. In addition, projects under the master plan of Gwadar Smart Port City have not started.

He opposed the installation of barbed wire in Gwadar. Senator Shahi said the barbed wire in Gwadar was a violation of human rights. “Who is erecting fences in different places in Gwadar?” Shahi asked. Planning ministry officials responded that the fence was being erected by the defense ministry. In this regard, the committee asked for clarification on the issue of fencing.

Planning ministry officials told the meeting that the Khushab-Gwadar highway had been completed at a cost of Rs 38 billion. Senator Shahi said that work on the project started in 2002, therefore, the project should not be counted among the projects of the CPEC.

“Everywhere it says that M8 is completed. It is not a CPEC project. (Ex-President Pervez) Musharraf had launched it,” he said. “The road broke down without even a single vehicle using it. What if there is heavy traffic on it under CPEC?” He asked. “The road could not support the CPEC (traffic) load. Do not include this project in CPEC.”

Senator Kakar said that the word highway should not be used for this road. “It’s a small road. In fact,” he added, “there wasn’t a single kilometer of highway in all of Balochistan.” During the meeting, the committee expressed its displeasure with the absence of the chairman of the National Highway Authority (NHA).

In 2015, China announced an economic project in Pakistan worth USD 46 billion. According to media reports, China has temporarily stopped funding several road projects under CPEC following reports of corruption. Puppet of the military establishment, the PTI government led by Imran Khan has refused to investigate accusations of corruption in CPEC projects, which, ironically, were included by Imran Khan in his party’s election manifesto .

With the CPEC, Beijing aims to expand its influence in Pakistan and Central and South Asia in order to counter the influence of the United States and India. The CPEC would link the southern Pakistani port of Gwadar (626 kilometers, 389 miles west of Karachi) in Balochistan on the Arabian Sea to the western Xinjiang region of China. It also plans to create road, rail and oil pipeline links to improve connectivity between China and the Middle East.

READ | Can’t we say anything for a while ?: Disha Ravi-Greta Thunberg’s Toolkit WhatsApp Chat