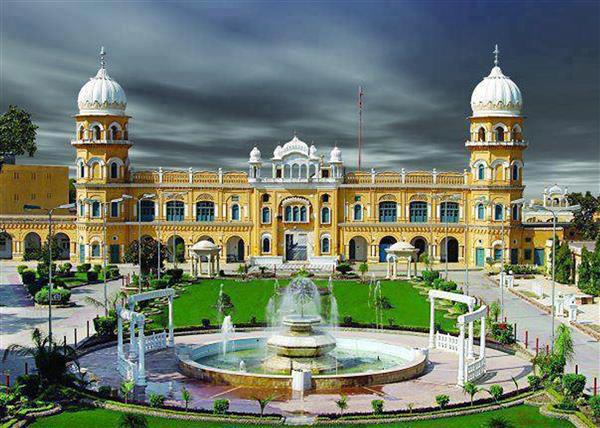 The Shiromani Gurdwara Parbandhak Committee (SGPC) has called for a new tally of the number of gurdwaras in Pakistan following a controversy.

The SGPC, the world’s largest representative body of Sikhs, has called on the Pakistani government to re-count gurdwaras to end the confusion created by Pakistan’s Evacuee Trust Property Board (ETPB) and the Member National Assembly of the ruling party (MNA) Ramesh Kumar Vankwani.

Speaking to the media, ETPB spokesman Aamir Hashmi said there are 105 gurdwaras in Pakistan, 18 of which are functional while the other gurdwaras were involved in some sort of dispute and have been closed. .

Sources, however, said land grabbers in collusion with some ETPB officials trespassed on Gurdwara buildings and their properties whose cases were pending in court.

Contrary to the ETPB’s claim, the MNA Vankwani of the Pakistan Tehreek-e-Insaf (PTI) party led by Pakistani Prime Minister Imran Khan claimed that there were 588 Gurdwaras in Pakistan and not 105 as claimed ETPB. However, he agreed with the ETPB’s claim that 18 gurdwaras were open and functional.

Accusing the ETPB of usurping the gurdwaras of Pakistan, allegedly by keeping the Sikh diasporas in the dark and in cahoots with some of the Sikh leaders of Pakistan, including members of the Pakistan Sikh Gurdwara Parbandhak Committee (PSGPC) office, Vankwani alleged that the ETPB deliberately withheld the true number of Gurdwaras since its officials housed the land sharks that had encroached on the gurdwaras and also siphoned funds received from the Pakistani government for the development of the gurdwaras.

Lahore-based historian Iqbal Qaiser, who is also the author of a book titled “ Historical Sikh Shrines in Pakistan, ” claimed that there were 135 historical gurdwraras in Pakistan who were directly related to Sikh gurdwaras while the total number of gurdwaras exceeds 300.

“We are of the opinion that there are around 250 gurdwaras in Pakistan, but now the Pakistan ETPB and their MNA are giving a different number of gurdwaras, which is worrying for us and we want the Pakistani government to have a new one. counting gurdwaras, ”Jagir Kaur said. .

Vankwani went on to claim that the ETPB had formed the PSGPC as a front body to “market the religious properties of Sikhs” through it. “The Sikh leaders of the PSGPC are in the pay of the ETPB and they issue statements in favor of the ETPB so that Sikhs living in India or other countries are not suspicious of ETPB activities,” he said. Vankwani asserted.

Is Donald Trump finished as a political force?