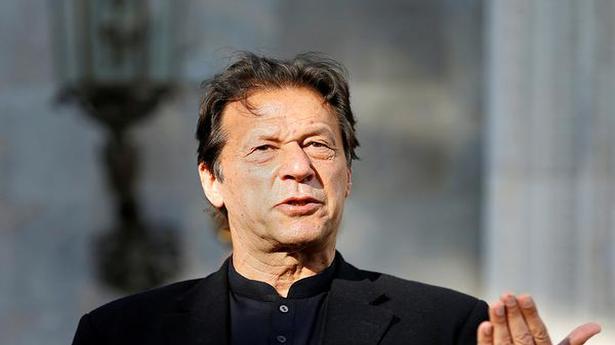 In what appears to be a last-minute move ahead of Pakistani Prime Minister Imran Khans’ visit to Sri Lanka, Colombo canceled his speech to parliament scheduled for next week, sparking speculation in political and diplomatic circles in the capital.

Senior government officials cited COVID-19 constraints for the decision, even as the itinerary released by the Department of Government Information dated February 16, 2021 called for arrival in Parliament on February 24, as well as the Mr. Khan’s planned participation in a trade and investment conference. , and the inauguration of a sports institute on the same day. Amid a wave of infections in the country, Sri Lanka on Tuesday launched a vaccination campaign for parliamentarians.

The Pakistani prime minister, who is the first head of government to visit Sri Lanka after the pandemic hit the world last year, is expected to arrive on February 23.

When contacted, a spokesperson for the Pakistani High Commission in Colombo told The Hindu: The Prime Minister’s speech to [Sri Lankan] Parliament was not initially confirmed, it was under discussion. However, Sri Lankan President Mahinda Yapa Abeywardena told a meeting of party leaders earlier this month that Khan would address the House. The issue was included in the minutes of that meeting, sources present said.

Colombos’ review of the itinerary of visiting officials raised questions for obvious reasons.

It comes barely a week before Sri Lanka is faced with a possibly contested resolution at the United Nations Human Rights Council in Geneva, of which Pakistan is currently a member. The cancellation is also seen against the backdrop of Sri Lankan Prime Minister Mahinda Rajapaksas’ assurance to Parliament on February 10 that the burial of COVID-19 victims would be permitted, amid a persistent campaign by the Muslim community. Sri Lankan, asking for the right of interment. Mr Khan praised Mr Rajapaksas’ statement in a tweet soon after. We welcome the assurance of Sri Lankan Prime Minister Mahinda Rajapaksas given to the Sri Lankan Parliament today allowing Muslims to bury those who have died from COVID-19, he said.

But a week since, the government has yet to reverse its much contested policy of enforcing cremations on COVID-19 victims, followed despite the WHO cleaning up both the burial and cremation.

Cabinet spokesman Udaya Gammanpila told the weekly press conference on Tuesday that there was no change in current policy. Mr Rajapaksa had only expressed his personal point of view in parliament, the spokesperson said, adding that neither the prime minister nor the cabinet had the power to reverse policy, only a committee of experts reporting to the ministry. Health is reportedly reviewing.

Our government first embarrassed our own Prime Minister. Now they are embarrassing the prime minister of another country visiting us, it’s pathetic, said Rauf Hakeem, opposition parliamentarian and leader of the Sri Lankan Muslim Congress. They [government] come back to their own positions and statements on several occasions, as they did with the assurance on funerals. This kind of blowing hot and cold, especially in diplomacy, reflects a lack of maturity and could impact our relationships with our longtime friends and partners, he told The Hindu.

Meanwhile, New Delhi is following Khan’s visit with interest, diplomatic sources said, referring to the two countries’ conflicting stance on Kashmir. Sri Lanka, which has maintained close ties with India and Pakistan, has rarely commented on the matter.

The last foreign leader to address the Sri Lankan Parliament was Prime Minister Narendra Modi, during his visit to the island country in 2015.

President Louange MA: the most accepted and decided element in history