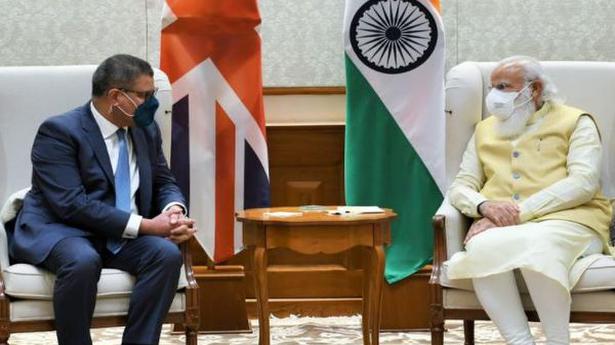 The President-designate of the 26th United Nations Conference of the Parties on Climate Change (COP26) and British MP Alok Sharma on Tuesday called Prime Minister Narendra Modi, during which they discussed India-UK collaboration on climate change issues ahead of the crucial meeting.

The COP refers to the decision-making body of the United Nations Framework Convention on Climate Change (UNFCCC), whose 26th session will be hosted by the United Kingdom in November 2021 in Glasgow.

Happy to meet today the President-designate of COP26 @AlokSharma_RDG. We discussed India-UK cooperation on the climate change agenda and COP26, Modi tweeted after the meeting.

Best wishes to the UK for the successful organization of the climate summit, he said.

Mr Sharma, president-designate of the 26th United Nations Conference of the Parties on Climate Change, called on Prime Minister Modi during which they discussed India-UK collaboration on climate change issues at the approaching COP26, according to a press release from the Office of the Premiers. .

Prime Minister Modi reiterated India’s commitment to the Paris Agreement and to work constructively for the success of COP26. Mr Sharma warmly recalled the speech of the prime ministers at the climate ambition summit in December 2020, the prime minister’s office said.

Mr Modi also expressed his commitment to work with his British counterpart Boris Johnson to further strengthen Indo-British ties. A statement from the UK government said Mr Sharma and Prime Minister Modi met to discuss their countries’ common commitment to climate action ahead of the COP26 summit in Glasgow this year.

Mr Sharma praised Prime Minister Modi for his ambition to generate a significant increase in renewable energy, presented at the Climate Ambition summit that the UK co-hosted in December 2020, and for his personal leadership in the fight against climate change, according to the British press release.

Mr Sharma described the UK’s net zero commitment and said that as host of COP26 the UK has sent a clear message to the world by defining a new Nationally Determined Contribution (NDC ) ambitious, according to the press release.

They agreed that progress in ensuring that the most vulnerable countries were able to adapt to the impacts of climate change was essential and that for that to happen, governments must meet their commitments on climate finance, a t -he declares.

Mr Sharma and Mr Modi also discussed the importance of governments, businesses and individuals working to tackle climate change and said they looked forward to continuing their hard work ahead of COP26.

Happy to meet the President-designate of COP26 @AlokSharma_RDG. Good discussions on India’s green growth initiatives and the climate change agenda, Jaishankar said in a tweet.

India looks forward to UK leaders to resolve unresolved issues with the Paris Agreement, including long-term climate finance and other key issues, Javadekar tweeted after the meeting.

Imran Khan’s government offers ‘take it or leave it’ option