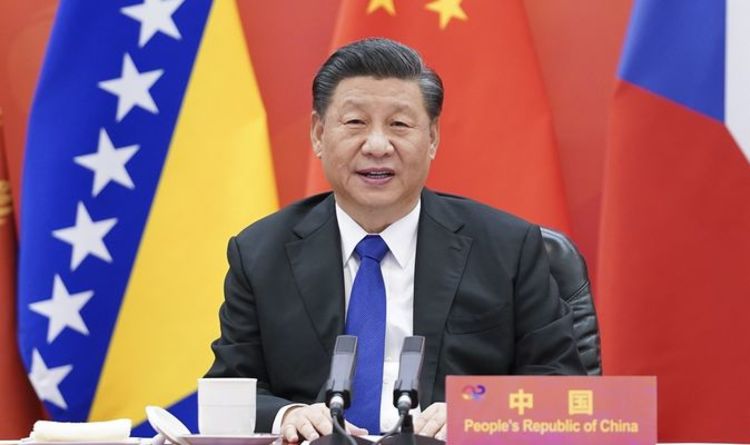 Beijing yesterday sent two ships to the East China Sea near the Senkaku Islands in an attempt to assert dominance and territorial claims. The disputed islands have been claimed by China and Japan over the years.

The move sparked a backlash, with China now being accused of violating international law.

He added: “These activities are a violation of international law.”

The terrifying move comes after it emerged that a growing number of Britons are concerned that China is a “critical threat” to the UK and have called for an end to economic ties with Beijing.

According to a survey conducted by the British Foreign Policy Group, 41% of those polled saw China as a critical threat, an increase from 30% last year.

Only 22% of the 2002 people polled between January 6 and 7, 2021 were in favor of economic ties between Britain and Beijing, while 15% wanted a ban on any level of agreement.

Only 21% of respondents said they trust China to act responsibly in the world.

The report states: “Over the past 18 months, the UK has undergone a dramatic transformation in its relations with China – partly driven by a growing awareness of security vulnerabilities, but also due to the There is growing alarm over China’s national human rights record and its behavior as a global actor.

“This hardening of political attitudes towards China – barely a few years after the announcement of a new ‘golden age’ of relations – has been accompanied by a change in public hostility. public to China.

“The UK government is now seeking to define and articulate the parameters of its ‘reset’ with China and is examining how best to strike the right balance between security and openness, recognizing the benefits of not only economic engagement, but also diplomatic and geopolitical cooperation around shared challenges, such as climate change. “

The report continued, “China saw a further deterioration in public opinion at the height of the first wave of the pandemic (increasing to 84% mistrust), which appears to have abated as attention on the origins of the coronavirus has become less important.

According to the report, only 40% supported Britain in challenging China over its human rights record.

About 38% of the people supported cooperation with China on climate change, research and higher education and other common global challenges.

The latest operation comes as China enacted the new “Coast Guard Law,” which allows the country’s coast guard to use weapons.

Japanese media claimed that one of the Chinese vessels was armed with a cannon, and two vessels also threatened a Japanese fishing vessel.

Beijing has justified its movements near the Senkaku by asserting that the waters of the East China Sea are its “inherent territory”.

The latest intrusion has raised concerns about a possible incident in the region as some members of the ruling Liberal Democratic Party lobbied for more joint military exercises between the self-defense forces and the US military.

Earlier this month, Prime Minister Yoshihide Suga and US President Joe Biden reconfirmed the security pact that states Washington will defend territories under Japanese administration in the event of an armed attack.

International relations with China have plummeted over the past year following the outbreak of the coronavirus pandemic, its treatment of Uyghur Muslims, and its crackdown on democracy in Hong Kong.

A fertile ground for Trump’s return

Here are the 8 most memorable Bollywood cameos