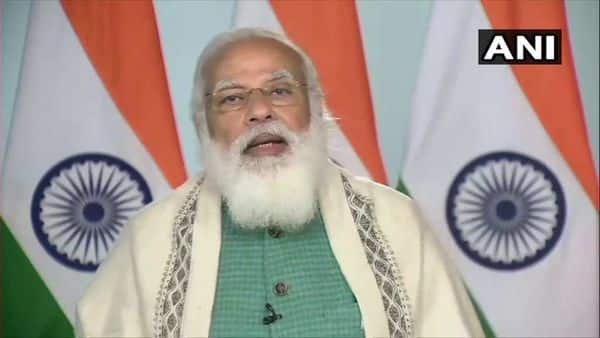 NEW DELHI : India is committed to integrating natural gas into the Goods and Services Tax (GST) regime to make prices cheaper and uniform across the country, Prime Minister Narendra Modi said on Wednesday.

“We are determined to put natural gas under the GST regime; I want to tell the world to come and invest in India’s energy sector,” the Prime Minister added.

India is seeking to reduce its dependence on energy imports, to diversify its imports, Modi said.

He said India would produce 40% of all its energy from renewable sources by 2030.

In 2019-2020, India imported over 85% oil and 53% gas to meet domestic demand. “I don’t want to criticize anyone, but I want to say that if we had focused on these projects much earlier, our middle class would not be overwhelmed,” Prime Minister Modi added.

“Indian Oil’s 143 km Ramnathpuram to Thoothukudi pipeline, which is launched today, will monetize gas from ONGC’s gas fields. This is part of a larger gas pipeline project being developed at the cost of 4500 crore. This will benefit several regions of southern India, ”he added.

PM Modi said that over the past six years, oil and gas projects have been worth more 50,000 crore have been approved for implementation in Tamil Nadu.

Previously, industry experts had expressed hope that the government should put natural gas under the GST regime to realize PM Modi’s vision for a gas-based economy and increase the share of environmentally friendly fuel. in India’s energy basket, the industry said.

Natural gas is currently outside the scope of the GST, and the old existing taxes – central excise tax, state VAT, central sales tax – continue to apply on fuel.

“The non-inclusion of natural gas under the GST regime has a negative impact on its prices due to the failure of taxes in the hands of gas producers / suppliers and also has an impact on the natural gas industries by because of the failed legacy taxes paid to it, “said the Federation of Indian Petroleum Industry (FIPI).

The FIPI also requested a rationalization of the GST on the LNG regasification service.

Israel allows the first shipment of vaccines to Israel