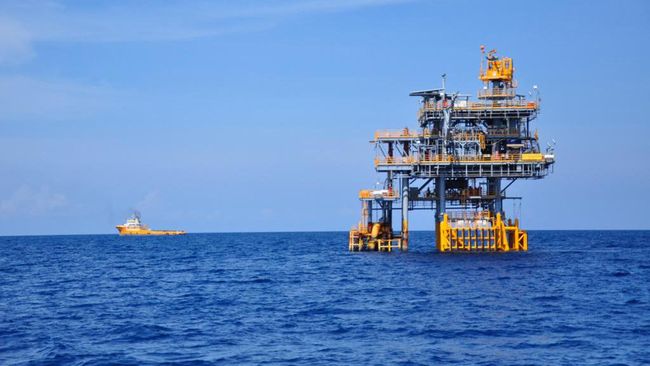 Jakarta, CNBC Indonesia – President Joko Widodo (Jokowi) just announced the ranks of the board of directors and supervisors of the Indonesian Institute of Investment Management (LPI) or Indonesia Investment Authority (INA) yesterday, Tuesday 02/16 / 2021.

Jokowi is also optimistic that INA will become a world-class sovereign wealth fund (SWF). The existence of the INA is based on the law on job creation which has just been adopted several months ago. The settlement is supported by the majority of parties in the House of Representatives (DPR).

The Supervisory Board is chaired by the Minister of Finance Sri Mulyani Indrawati. Meanwhile, the CEO post was transferred to Ridha DMWirakusumah, who was previously the Managing Chairman of PT Bank Permata Tbk (BNLI).

INA’s decision begins with an injection of government capital of IDR 15 trillion from the 2021 state budget (APBN). Sri Mulyani hopes that LPI’s capital can reach IDR 75 trillion by the end from 2021.

LPI funds will later be used to finance national development, including national infrastructure projects, one of which is toll roads.

So what about the development of the domestic oil and gas (oil and gas) sector? how the discourse continues on the implementation of the Oil and Gas Fund (Petroleum Fund)? What Petroleum Fund thus included in the revision of Law No. 22 of 2001 on Oil and Gas?

As we know, a few years ago, the speech Petroleum Fund had surfaced and was the subject of discussion for a number of stakeholders, particularly when this issue was to be included in the revised Oil and Gas Law. However, this rhetoric faded with the stalling of discussions on the revision of the oil and gas law in parliament.

So how’s it going now? is Petroleum Fund will this still be included in the revised oil and gas law?

Sugeng Suparwoto, Chairman of Commission VII DPR RI, admitted that in a number of discussions that had taken place, Petroleum Fund deemed necessary to be included in the revised Oil and Gas Law.

The reason is, Petroleum Fund This will be very useful for financing the oil and gas sector, both upstream and downstream, and the energy sector in general.

“It is true that during the discussions, the need was felt Petroleum Fund. I totally agree with this idea. There must be Petroleum Fund which is managed by a special institution, ”he told CNBC Indonesia, Wednesday 02/17/2021.

But unfortunately, according to him, the discussion regarding the revision of the oil and gas law will not take place until August 2021 because now the government and the Indonesian parliament are still focused on the discussion of the energy bill. renewable (EBT).

“We will start discussing the revision of the Oil and Gas Law around next August. We are now focusing on completing the new Renewable Energy Bill (RUU EBT)”, a- he declared.

Golkar Maman Abdurrahman’s Commission VII DPR RI member also urged that Petroleum Fund this can be indicated in the revised oil and gas law. According to him, the Oil and Gas Fund is important to increase the national production of oil and gas in the future.

However, he also said that the discussion on the revision of the oil and gas law should not overlap with the law on job creation.

“Of course, don’t overlap with the job creation law,” he added.

Member of the National Energy Council (DEN) who is also the expert advisor to the head of the Special Working Group for Upstream Oil and Gas Business Activities (SKK Migas), Satya W. Yudha, also urged the settlement Petroleum Fund in the revised Oil and Gas Law.

According to him, the Oil and Gas Fund is important to maintain the necessary oil and gas reserves and data, so that the oil and gas resources of this country can be well maintained.

“Previously, I proposed it because it is important that oil and gas returns flow back to the oil and gas sector to preserve reserves,” he said, who had been a member of the VII DPR RI Commission from 2009 to 2019.

Details of the NCAA hockey tournament come into play