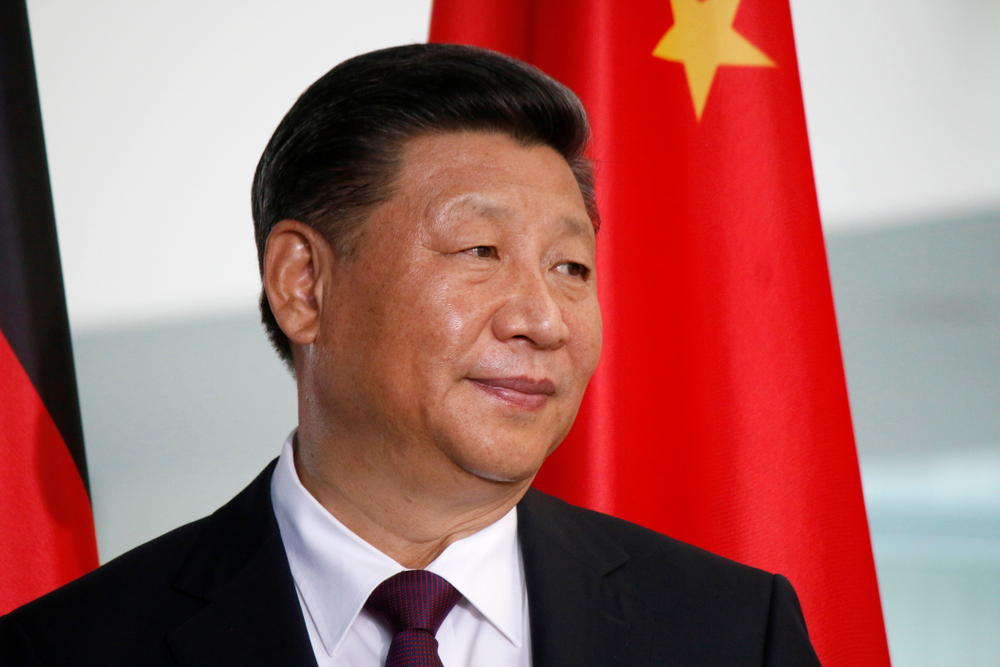 Has the pandemic sparked panic over China? An investigation for the British Foreign Policy Group found that levels of fear and suspicion over the multiple threats posed by the People’s Republic are now at record levels. Among respondents aged 55 and over, more than half see China as a critical threat, while the average for all age groups sharing this perception is 41%. Last year it was 30%.

But it is not a simple panic. Our growing anxiety has other causes than Covid: Hong Kong, Huawei, Uyghurs, the list goes on. These, contrary to speculation about the origins of the pandemic in Wuhan, are facts. China’s aggressive military posture goes hand in hand with its commercial exploitation and insatiable appetite for intelligence. Under Xi Jinping, the image of what will soon be the world’s largest economy has shifted from being a partner in trade and investment to a belligerent surveillance state.

Additionally, both sides are shutting down the hatches: See Beijing banning BBC news as a tit-for-tat response to Ofcom’s revocation of China Global Television Network’s license to broadcast in the Kingdom -United. The more the Western media shines the spotlight on attempts by Chinese Communist Parties to quell dissent at home or meddle in democracy abroad, the more Beijing retaliates with its own propaganda offensives.

No wonder the British public is losing their taste for exploring what China has to offer. The Foreign Policy Group survey found that only 22% support economic engagement with China and 15% do not want any engagement of any kind. It is only on global challenges, such as climate change, that a significant 38% of Britons want to see cooperation with Beijing.

In terms of politics, however, public opinion presents the government with a paradox: While there is strong support for challenging China on human rights, there is little appetite for any form of military pivot. or diplomatic to Asia. Only 18 percent of respondents approve plans for naval deployment in the Indo-Pacific theater, while only 8 percent believe the region should become a central part of British foreign policy. Half of the women, in particular, reject any rebalancing towards Asia. The public, it seems, wants politicians to stand up to China, but is reluctant to empower them to do so.

Britain is not unique in its concerns about China. Similar shifts in opinion are occurring across the West and beyond. This is not an outbreak of anti-Chinese racism or sinophobia, similar to the pre-war yellow peril. Nor is the being deliberately whipped by obscure intelligence agencies in Washington, London, or elsewhere. There is, unfortunately, nothing irrational about the grim impression of Beijing which has now crystallized at the elite and popular level: China is truly the greatest long-term threat to the West.

So what should be done about it? The immediate security problem is Taiwan. The Chinese military has stepped up preparations to assert its territorial claims on the island. The example of Hong Kong, where Beijing actually tore up its treaty with the UK, rocked the Taiwanese, who were given new weapons by the US. The Biden administration has yet to announce new measures to deter an invasion of the mainland, but it shows no signs of backing down. Its naval presence in the Indo-Pacific is expected to be bolstered by a newly resurrected 1st Fleet, likely based in Singapore, to join the 7th Fleet based in Japan.

In The Times, prominent columnist and former foreign correspondent Roger Boyes argues (behind a payment wall) that Biden can no longer inhabit the realm of strategic ambiguity but must find new ways before starting World War III by increasing the cost for Beijing from any attempt to seize Taiwan by force. Boyes warns that the crisis could come in just one year, between March and May 2022. This is the season when the Chinese army of two million men could cross the strait and it also coincides with the rise of X to the title. symbolic of president, a status which the founder of the People’s Republic, Mao Zedong, has so far appreciated. Taiwan was the place where, at the end of the Chinese Civil War, the defeated nationalists led by former President Chiang Kai-shek took refuge in 1949. The temptation to complete Maos’ unfinished revolution will be strong for President Xi .

Boyes quotes an important paper by Robert D Blackwill and Philip Zelikow, published in the United States by the Council on Foreign Relations. He proposes that the Biden administration reassure Beijing that it is not about to change the diplomatic status of Taiwans by granting full recognition, but that it should in the meantime work with its allies to deter the attacks and help the Taiwanese defend themselves. This may be the right course for the new president, but who will come to his aid? Certainly not the European Union, which includes most of the NATO allies in the Americas, and which has shown no willingness to challenge China, let alone engage in the defense of the Pacific. Australia, South Korea and Japan would join a coalition of the willing, but they alone aren’t strong enough to make Beijing think twice. Only the nuclear powers really have the weight to do this.

This is why Britain is more important to Washington than the mood of post-Brexit pessimism in London foreign policy circles suggests. The UK can offer a practical deterrent in the form of Royal Navys aircraft carriers. Beyond that, however, the British can help strike a deal between the United States and the region’s other rising superpower: India.

It’s not just the Anglo-Indian historical and cultural ties that give London an important, if not unique, potential role here. Some figures from the BJP, the ruling party that dominates Indian politics, are skeptical of the Raj’s legacy and even of the English language which remains only India. lingua franca. But the personal ties between the British and Indian elites, exemplified by Rishi Sunak, Chancellor of the Exchequer and alleged Conservative heir, give Boris Johnson an opportunity to mediate between Narendra Modis ‘Hindu nationalists and Joe Bidens’ liberal internationalists. .

If India could be persuaded to take the Chinese threat to Taiwan seriously, it would be a game-changer. There is no way China will face a coalition of the world’s leading military power and another Asian giant whose population will soon overtake China. The dangerous illusion of the Chinese that the United States is a declining empire that can be forced to withdraw from the Far East would be replaced by a return to the Realpolitik by Deng Xiaoping.

However, if Washington is to succeed in such help, the British need to play a new global role as honest brokers. The stakes are high. As Boyes points out, if Biden lost Taiwan, he would end up looking as weak as any president since Jimmy Carter. And who can say that Republicans, despite their struggles in the wake of the Trump fiasco, may not have a new Ronald Reagan waiting behind the scenes?


A message from TheArticle


We are the only publication that is committed to covering all angles. We have an important contribution to make, which is needed more than ever, and we need your help to continue publishing throughout the pandemic. So please donate.

Increase consumption, Jokowi: apart from PPnBM, there is 0 percent DP for homes

Republicans back Trump over insurgency, no despite