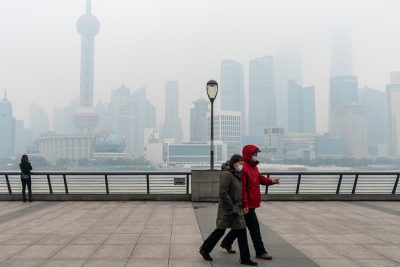 Canada’s relations with China collapsed in December 2018 following the arrest of Meng Wanzhou, chief financial officer of Chinese tech giant Huawei. China has punished us by detaining Michael Kovrig and Michael Spavor in harsh conditions, blocking our exports of canola, peas and pork, canceling contracts and halting joint development of a COVID-19 vaccine. But we must plan for the day when the current crisis ends.

Despite the poor state of bilateral relations today, Canada is still well regarded by many in China for the work of Dr. Norman Bethune during the anti-Japanese war; the sale of wheat to China by the government of John Diefenbaker in the early 1960s, after Chairman Mao Zedongs’ disastrous Great Leap Forward starved millions of people; and the diplomatic recognition of China by Canada under Prime Minister Pierre Trudeau in 1970. The Canadian International Development Agency also launched a successful development assistance program in the 1980s, the results of which included the formation of Chinese engineers, lawyers and judges. This training resulted in numerous cooperation agreements in the education sector, such that some 190,000 Chinese students were studying in Canada at the start of the COVID-19 pandemic. In 2019, more than 700,000 Chinese visited Canada, the second largest source of foreign tourists.

The question for Canada is whether it can and should build on this foundation as Kovrig and Spavor languish in a Chinese prison and diplomatic relations are more strained than they have been in decades.

Any cooperation is undoubtedly made more difficult by the rise of Xi Jinpings as general secretary of the Communist Party of China in November 2012. As New York Times writer Nicholas Kristof has said, Xi Jinping is a reckless risk. , overconfident. take on the bully who has been oppressive in Hong Kong, genocidal in the Xinjiang region, stubborn about trade, ruthless about human rights, and insincere about everything.

While it is tempting to see China as a monolith, we must distinguish between the corrupt Xi regime and the Chinese people. Many Chinese officials and intellectuals are worried about the policy he implemented and the assertiveness and aggressiveness that has marked China’s foreign policy.

However, having been the target of Xis’ revenge, we must pursue a much more selective engagement strategy with China. The basis of our relations must be the protection of our values, freedom of expression, freedom of religion, freedom of the press, democratic principles and the promotion of our interests. It could help support those who oppose Xi in China if we expose the Chinese people to how we run our justice system, how a democratic political system works, and how an open press keeps politicians. honest.

One way to do this is to continue to welcome Chinese students and visitors, including, for example, Chinese judges who come to Canada to study law at Canadian universities. It could help build a system in China in which foreign investors and exporters believe their legal rights are protected. China is a large market with a growing middle class. It will continue to be of interest to Canadian business people for the foreseeable future.

At the same time, we must continue to work with like-minded countries to pressure China to release the two Michaels and to strengthen the multilateral system. The message must be clear: we are ready for constructive engagement with China as long as it abides by international laws and treaties and stops acting like a tyrant when a country does not follow its diktats. Otherwise, China must know that there will be a price to pay.

There are other areas where working with China is in Canada’s best interest. The first is fentanyl smuggling, which has caused a health crisis in many of our major cities. Of course, China will want in return for our support in tracking down and returning the economic fugitives; this can be done by very strictly controlling visits by Chinese inspectors.

At the same time, we must devote more attention to attempts by Chinese officials, including activities carried out by the United Front’s Labor Department, to interfere in Canadian politics or among Chinese Canadians. In this regard, the Canadian government should be guided by laws passed in Australia in recent years to counter such activities, including by prohibiting covert activities on behalf of foreign states that seek to influence domestic politics.

The reality is that China’s importance in solving problems of global concern means that Canada cannot end its engagement. But we have to be strategic about where this engagement takes place. Protecting the environment and fighting climate change are perhaps the most obvious areas in which Canada and China should cooperate.

When it comes to the environment, China is a land of paradox and contradictions. It is the largest consumer of coal in the world and is responsible for 28% of global greenhouse gas emissions, but it is also the country that has invested the most in renewable technologies. Over the past decade, China has added 36% of the world’s total new renewable energy (wind and solar) capacity. In 2019, renewables accounted for around 10% of China’s electricity production. There is a major push in the transportation sector towards electric and fuel cell vehicles. Half of the world’s electric passenger vehicles are in China. China understands the risks associated with climate change from first-hand experience. Desertification is difficult to control in the north of the country and agricultural production becomes more difficult, with flooding or lack of water in many areas.

Canada has a long history of cooperation with China on environmental issues, starting with its development assistance program in the 1980s. Among the major achievements since then, Canada and China have collaborated on some 21 projects, with Canada having contributed $ 153 million to a wide range of energy and environmental initiatives. Additional projects in the areas of governance, agriculture and community participation have also helped improve environmental sustainability in China.

This collaboration led to the establishment of the Ministry of Environmental Protection and the Chinese Council for International Cooperation on Environment and Development, which has facilitated high-level political exchanges since its establishment in 1992. The council , co-chaired by the Chinese Minister of Ecology and Environment and the Canadian Minister of Environment and Climate Change, sponsors the research of internationally renowned experts. The cooperation has continued over the years with a collaborative research program on climate change and sustainable energy, among other joint projects. Until December 2018, Canada occupied a unique space within the Chinese government on environmental issues.

These cooperative ties must not be abandoned. Canada and China must continue to commit to protecting the environment and fighting climate change. There are possibilities for Ottawa and Beijing to do this.

Given the large land mass and the diversity of flora and fauna in both countries, Canada and China could jointly play a leading role in elevating international biodiversity diplomacy during of the United Nations Convention on Biodiversity conference later this year in Kunming, China. The Secretariat of the Convention on Biological Diversity is located in Montreal and Canada has long been a center of knowledge on biodiversity issues. With China emerging as a leader, the two countries have the opportunity to explore new common ground. Such collaboration could also provide an opportunity to convince China to crack down on the global illegal wildlife trade.

Canada, which has announced its commitment to net zero emissions by 2050, is heading down a difficult but cleaner path. Canada and China can learn a lot from each other. Canadian suppliers of clean technology and uranium are already active in the Chinese market. As China emerges as a world leader in renewable technologies, the transfer of this technology may begin to occur from East to West.

The scale of the challenges posed to the world by climate change and environmental degradation is such that even states at serious disagreement with each other must find ways to work together. Over the decades, Canada and China have built a level of mutual trust that should not be wasted. The global community needs Canada and China to work together to bring about the political, economic and social transformations necessary to save our planet. There are no solutions to global environmental challenges without the participation of China.

Involve the private sector in vaccinations