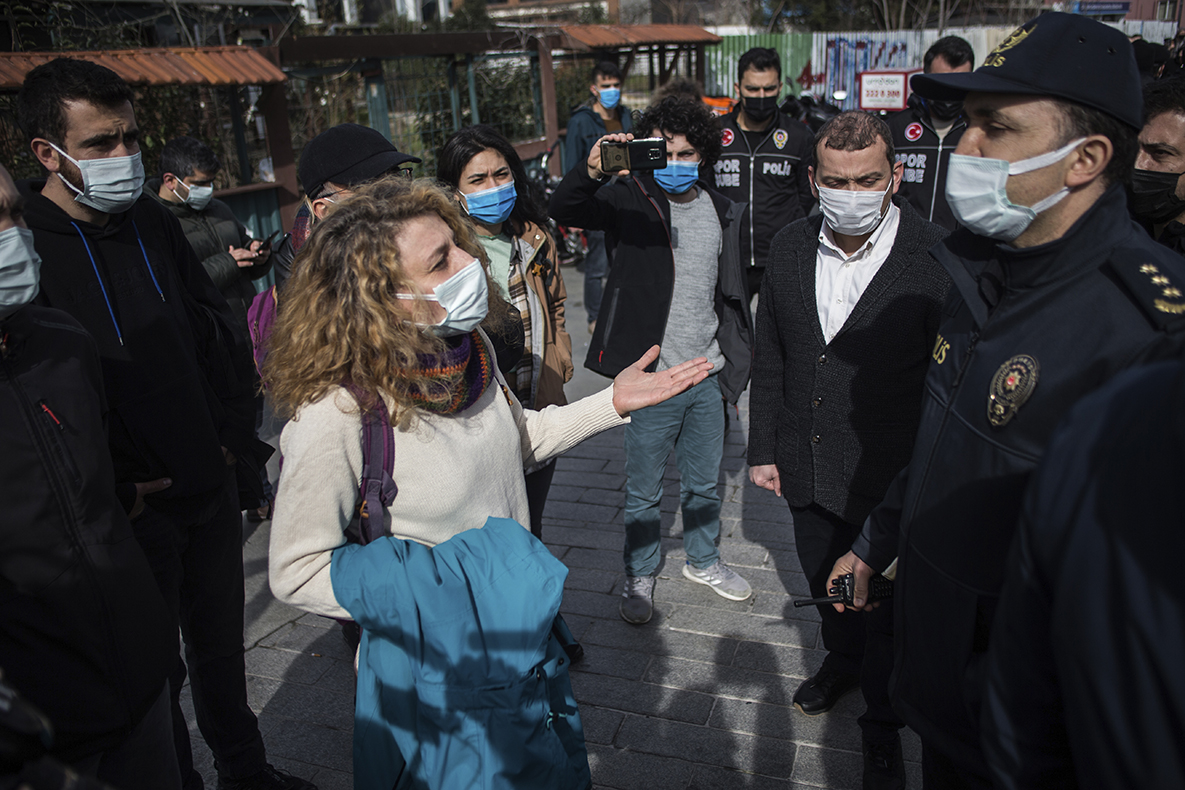 TURKEY’s revolutionary forces said today that the demonstrations centered on the University of Bogazici must remain a fight against fascism and oppression and not for liberal ideas of academic freedom.

An editorial in the Ozgur Gelecek newspaper said elements such as the Kemalist People’s Republican Party (CHP) wanted to keep the resistance within acceptable limits amid fears of a new Gezi, the 2013 protests that nearly brought down the government.

But the resistance that began over the imposition of pro-government rector Melih Bulu has spread to all walks of life, uniting students, trade unionists and others in the fight against Turkey’s authoritarian ruling coalition.

More than 500 people, mostly students, have been arrested since the protests began earlier this year.

Many detainees claim to have been tortured, strip searched and sexually assaulted, while snipers have targeted peaceful protesters in an attempt to deter resistance.

Mr Bulu, the first rector chosen from outside the university since the 1980 military coup, has faced calls from students and academics to resign.

The students refused to attend a meeting at the university today, saying they would not legitimize the position of the former ruling Justice and Development Party (AKP) candidate, and demanded others to join their boycott.

Academics have turned their backs on Bulu for the 45th day after he arrived on campus.

We derive our legitimacy from our legitimate and honorable resistance, and not from the two lips of the powerful, according to a statement from the students.

They demanded the release of all those still detained by the security services.

Bogazici’s resistance has coincided with an intensification of the class struggle in Turkey, with President Recep Tayyip Erdogan facing a deepening political and economic crisis.

Thousands of municipal workers are on strike over pay cuts and job losses, which have disproportionately affected young people.

According to the Youth Unemployment Platform, around 40 percent of the country’s 24 million young people are unemployed, excluding students.

Kurdish journalist Seda Taskin recently highlighted the impact of deepening poverty in Turkey, reporting that wages have been lowered to the point that children are being forced to eat bread out of bins.

Mr Erdogan responded to the crisis by increasing oppression of the organized opposition, with some 718 people, including prominent members of the People’s Democratic Party (HDP), held in operations in 40 provinces earlier this week.

But the resistance is regrouping around the United Fighting Forces, a new coalition which unites revolutionary groups including the communist organization Partizan and the Socialist Party of the Oppressed with the largely Kurdish Democratic Regions Party.

Student Ali Katan told the Morning Star that the resistance in Bogazici cannot be separated from the disappearances and the imprisonment of HDP activists and MPs.

It cannot be separated from poverty, or the feminicidal and anti-women policies of the fascist AKP-MHP [Nationalist Movement Party] alliance, he said.

If you keep silent about these things, you are complicit in oppression. We are not fighting for liberal ideas of academic freedom. It is a fight against fascism and the system of oppression.

To sign the declaration, send an email to PIK [email protected] and add a message of solidarity, which will be forwarded to the students.