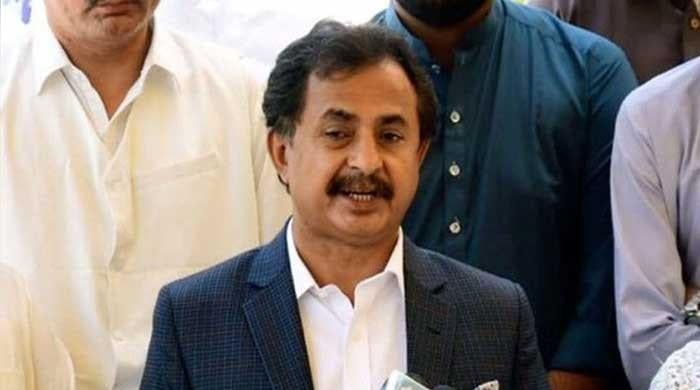 Pakistani leaders Tehreek-e-Insaf from the Malir district occupied the provincial leadership of the party, in particular the leader of the opposition in the Sindh Assembly, Haleem Adil Sheikh, responsible for Tuesday’s loss of PS-88 by ballot, and demanded the party leader, Prime Minister Imran Khan, Governor of Sindh, Imran Ismail, and other central leaders to probe the factors behind the humiliating defeat.

The constituency had become vacant due to the deaths of the PPP MPA and Sindh Minister Ghulam Murtaza Baloch from infection with the novel coronavirus in June last year. On a squeeze, Kalmati alleged that Sheikh had used the PTI and its workers for personal gain, and, as a result, the parties’ popularity had declined in the city. In the 2018 polls, PTI candidate Captain (retired) Muhammad Rizwan came in second with 16,386 balls, but now, while the PPP was in the worst situation due to poor governance and corruption, PTI candidate Junejo came third winning around 4,800 votes, he said. .

Kalmati claimed that Junejo worked as an entrepreneur with Ghulam Murtaza Baloch. Due to an agreement between Sheikh and the leaders of the PPP, Junejo received the PTI ticket to pave the way for Yousaf Balochs’ victory in the by-ballot, he said.

PTI leaders in Malir also criticized the PPP-led government in Sindh for destroying the district. All the crop was destroyed while more than 20,000 acres of land were occupied in the district, thanks to the provincial government, he said.

In January, Kalmati resigned as president of the Malir district in protest against the allocation of the party ticket to Jansher Junejo for the PS-88 by-ballot. He had warned the party leadership of a humiliating defeat.

Meanwhile, PTI Karachi chairman and MPA Khurram Sher Zaman, while speaking to the media outside the Malir court where Sheikh was present, said the PPP retaliated against parliamentarians from opposing parties and withdrew their security. If there is a loss of life, Bilawal Zardari and Murad Ali Shah will be responsible, he warned.

He said the media showed how the PS-88 election was manipulated, revealing the true face of PPPs. Zaman said the fault of the sheikhs was for raising their voice against the corruption of Murad Ali Shah and the government of Sindh.

The ITP war against the government of Sindh will continue to eradicate the billion-rupee corruption in the province and empower the people of Sindh, he said. PTI Assembly members Sindh Saeed Afridi, Raja Azhar, Ali GG, Shahnawaz Jadoon, Dua Bhutto and a large number of other party leaders and workers attended the court.