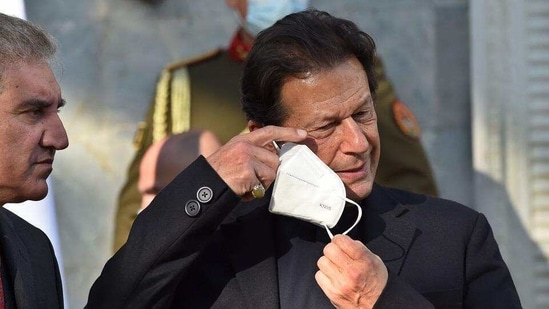 Sri Lanka has canceled Pakistani Prime Minister Imran Khans’ speech to his parliament on his next visit to Colombo, according to media reports.

Parliament’s Sergeant-at-Arms Narendra Fernando said he had informed Parliament that the Pakistani prime ministers’ visit to Sri Lanka would go as planned, the Colombo Gazette website reported on Wednesday.

However, the Foreign Ministry had informed parliament officials that his proposed visit to the parliament complex would not take place.

Pakistani Prime Minister Khan will arrive in Sri Lanka on February 22 for a two-day official visit.

Khan, who will be the first head of state to visit the country since the Covid-19 pandemic, is due to meet with President Gotabaya Rajapaksa, Prime Minister Mahinda Rajapaksa and Foreign Minister Dinesh Gunawardena during the visit.

It is said that the speech in Parliament was included in the Khans’ itinerary at the request of the Pakistani government. However, it was subsequently canceled and Sri Lankan media gave various reasons for the cancellation of Khan’s speech, Pakistani newspaper Dawn reported Thursday.

The address was scheduled for February 24.

The Dawn newspaper citing Sri Lankan media reports that there were elements in the Sri Lankan government who did not want the speech to take place because they feared it would further damage ties with India, which have already been strained after canceling a deal. above the container terminal east of Colombo port, the Dawn newspaper said.

Khan was expected to raise the issue of Kashmir during his speech, which could have upset Delhi, he said.

Tensions between India and Pakistan intensified after New Delhi repealed the provisions of Article 370 of the Constitution aimed at removing the special status of Jammu and Kashmir and divided it into two territories of the ‘Union in 2019.

Pakistan has tried to internationalize the Kashmir issue, but India has asserted that the repeal of Section 370 is its “internal matter”.

Another speculation that is doing the rounds is that the Sri Lankan government was concerned about Khan talking about the rights of Muslims in Sri Lanka, who have been abused by the Buddhist majority, anti-Muslim sentiments. growth and biased government actions.

The Sri Lankan government had imposed the rule of mandatory cremation on those who died from Covid-19, angering the country’s Muslim community.

The government, however, earlier this month exempted Muslims from cremation and allowed them to bury their dead after a global outcry over the issue.

The visit of Pakistani prime ministers, scheduled a month after the three-day visit of Indian Foreign Minister S Jaishankars, to Colombo, will coincide with the 46th session of the United Nations Human Rights Council in Geneva, where a new resolution on Sri Lanka will probably be adopted.

Erdoan: the State is responsible for the Gare operation

Collaboration illustrated in the fight against COVID to remember: PM Modi during a workshop with 10 countries: The Tribune India