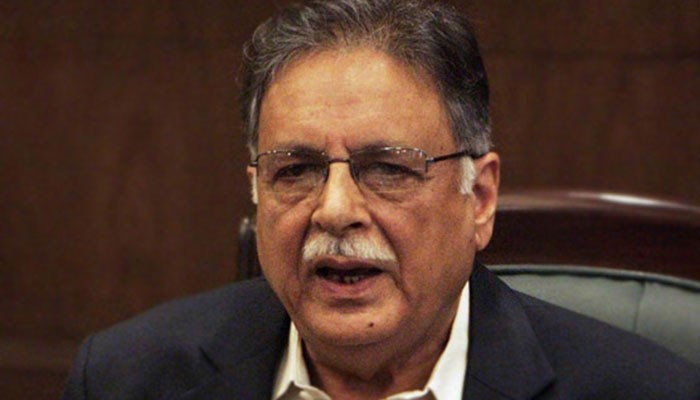 ISLAMABAD: The nomination papers for PML-N leader Pervaiz Rasheed were rejected Thursday by the Pakistan Election Commission (ECP) on allegations that he defaulted on payments to be made to the Punjab House.

The Punjab government released a list of people in 2018 who failed to pay their bills to stay and eat at Punjab House. Rasheed was among those on the list.

PTI MPA Zainab Omar had filed an objection against Rasheed through his lawyer Rana Mudassar to the returning officer / provincial election commissioner in Lahore.

“Imran Khan cannot tolerate criticism,” Rasheed said, reacting to the development as he spoke to the media. “I criticize [the government] that is why efforts are being made to keep me out of parliament. “

Rasheed accused the government of preparing a bogus “demand” against him. “To get rid of this bogus request, I am ready to make the payment,” said the chief executive of PML-N.

“You can close the doors to me, but you cannot stop my voice,” he said, addressing the government. “I will appeal the decision to reject my nominations.”

The leader of the PML-N said he wanted to pay the dues to the House of Punjab but his leadership did not accept it.

Rasheed alleged that bogus cases against PML-N leaders were ongoing, accusing the government of keeping political opponents “off the ground”.

According to the list, Rasheed and several PML-N leaders, government officials and their relatives owed a total amount of over Rs 60 million.

The list contained the names of former Attorney General Ashtar Ausaf who had to pay 0.6 million rupees, Khurram Rashid 2.2 million rupees and Malik Zulfiqar, who was allegedly defaulter of 0.287 million rupees.