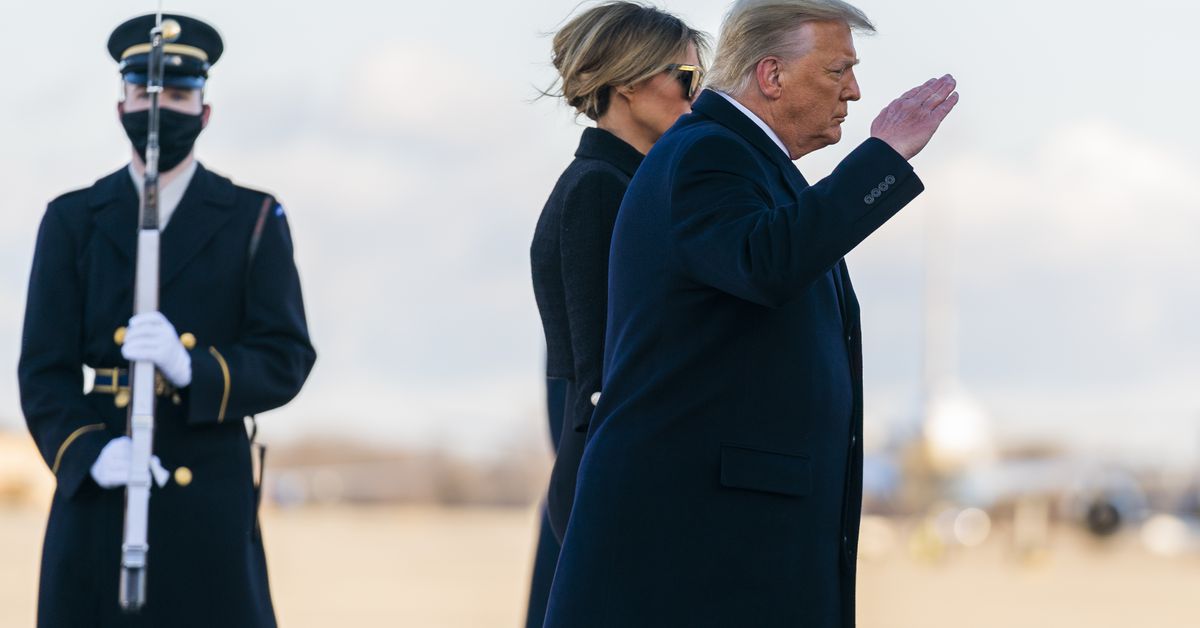 Just over half of Utahns agree with the majority of Senate Republicans who have declared former President Donald Trump not guilty of inciting an insurgency on Capitol Hill.

A new Deseret News / Hinckley Institute of Politics poll shows that 51% of voters in the state say the Senate should not have condemned Trump, while 43% say he should have been condemned. The remaining 7% were not sure.

The Senate voted 57-43 to acquit the former president last Saturday after a five-day trial. Seven Republicans, including Utah Senator Mitt Romney, crossed party lines to vote with the 50 Senate Democrats. Conviction in an impeachment trial requires a two-thirds majority, or 67 votes.

In the poll, 74% of those who identified as Republicans opposed the conviction, while 13% favored it. Among Democrats, 92% were in favor of a conviction and only 4% believe the Senate should have acquitted Trump.

Rasmussen polled 1,000 registered voters in Utah from February 10 to 16, during and after the Senate trial. The poll has a margin of error of plus or minus 3.1 percentage points.

The wording on whether the Senate should convict Trump was changed after the trial to reflect his acquittal. Rasmussen said there was no noticeable difference in response patterns between those who responded to the survey before or after the verdict.

Because Trump had already left the White House, removing him from his post following a conviction was out of the game. The Senate, however, could have prevented Trump from taking federal office again.

The Utahns are divided over whether Trump should be barred from a future federal post. The poll found that 48% of Utahns think it shouldn’t be banned, but 46% say it should be. The remaining 6% were not sure.

But nearly a quarter of Republicans agree Trump should not be allowed to take federal office again, with 92 percent of Democrats.

The opposing votes the two Republican senators from Utah cast during Trump’s Senate impeachment trial had no noticeable impact on how voters feel about their overall performance at work, according to the poll that was conducted during and after the trial.

Romney voted to convict Trump, while Senator Mike Lee voted to acquit him.

Both senators have indicated how they would vote after the House impeached Trump in early January. Romney and Lee came to opposing conclusions on the constitutionality of holding an impeachment trial for a former president and on the verdict.

According to the poll, Romney rates still considerably higher among Democrats than Republicans.

The poll shows that 61% of Republicans in the state disapprove of the Romneys’ professional performance, with more than half strongly disapproving of them.

The 50 percent approval rate of first-term Senators among Utah voters is only slightly lower than last year and the same as last month. His disapproval rate in the latest poll is 45%.

Lee continues to have a lower approval rating among all voters in the state, but remains strong in the Republican Party.

The survey found that 45% of Utahns approve of Lees’ performance, while 41% disapprove of them. Two-thirds of Republicans appreciate the way the two-term senator does his job. These numbers haven’t changed much over the past year.

Romney and Lee have received criticism and praise for their votes on Trump.

Some conservative Republicans have signed a petition to censor Romney, while another group has launched a change.org petition to thank him.

Lee, 49, faces re-election in 2022. He has sent an avalanche of fundraising emails in recent weeks targeting Democrats and the media. He last week called Washington villainous and said the Democrats’ illegitimate and vindictive push to condemn Trump once again shows how divisive and angry they can be.

The left is attacking the Red States, including Utah, like never before. They are preparing to throw MILLIONS to see me lose. I know money doesn’t buy votes, but we have to get our point across and I can’t do it alone, reads an email.

The Left Alliance for a Better Utah this week launched a campaign called Humans Against Mike Lee. Its stated goal is to educate the public about the terrible, horrible, not good, very bad reign of Mike Lee.

If you’ve watched one of the impeachment trials last week or paid attention to the news for the past 10 years, you know Senator Mike Lee is the worst, according to Better Utah Political Director Kathryn Calderon . He’s an extremist who likes to debate semantics and choose culture wars instead of getting things done to help the Utahns.