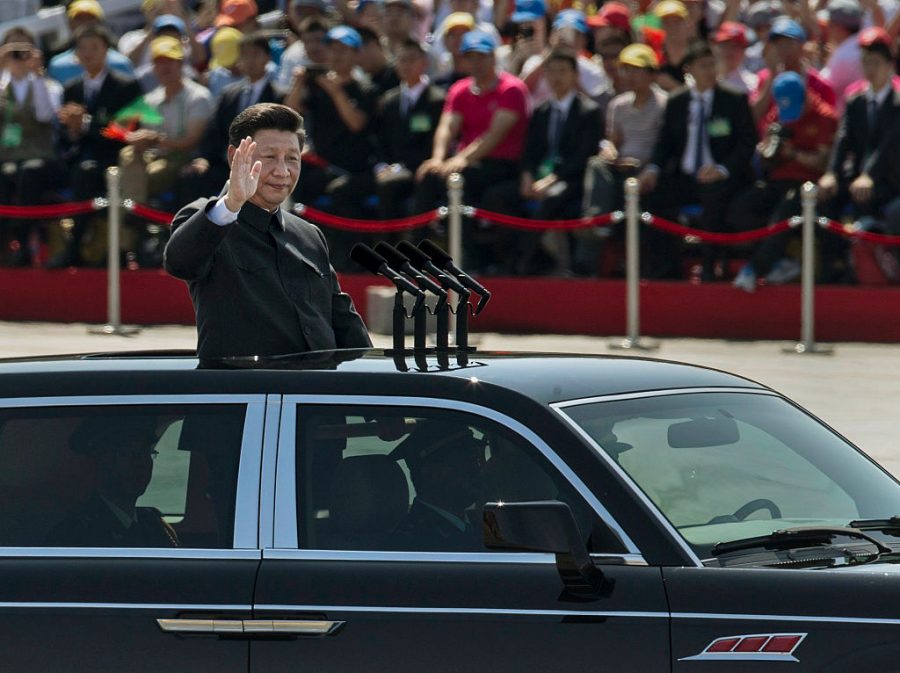 Xi Jinping is he more Hitler or Stalinist in his vision of Chinese socialism? The answer to this question is important because it relates to the political choices that the Chinese adversaries will have to make.

George Kennan, the godfather of the Soviet Union’s containment policy in America, made it clear in his 1946 long telegram that Adolf Hitler’s vision of National Socialist modernity was not a force that could be contained; the reason was that Hitler had a timetable for the Third Reich to achieve world domination and his strategy could only be thwarted by annihilating Nazism through all-out war. The Soviet Union, on the other hand, could be contained thanks to Western domestic resilience and a resolve to counter territorial revanchism. It was because Joseph Stalin did not have in mind any specific time the world would need to reach the communist phase of development.

Xi Jinping’s exact position on the spectrum of totalitarianism is a matter of controversy. The elements of the Xis ideology are notably Hitlerites. Its ambition to achieve the great rejuvenation of the Chinese nation introduces a nationalist character into the understanding of socialism by the Chinese Communist Parties. The unification of China and Taiwan is a revanchist mission that leads Xis to a great rejuvenation, but revanchism is only part of the nationalism that Xi has started to emphasize in the CCP ideology, militarism and the capitalism are the others. Writing in the first theoretical review of CCPs, Seeking the truth (), staff of Chinas National Defense University Argue that a rich nation and a strong army are the two cornerstones of the great rejuvenation of the Chinese nation. Chinese socialism does not seem to be motivated by the Marxist desire to forge its way into communism, but by the militarist ambition for armed force and the capitalist desire for material prosperity. This new era for Chinese socialism undermines traditional Marxism-Leninism, which views these nationalist forces with contempt.

Is it important that Chinese socialism becomes more nationalist than Marxist under Xi? According to Hitler, the distinction between National Socialism and Marxist socialism was of paramount importance. Socialism is the science of managing the common good. Communism is not socialism. Marxism is not socialism. Marxians stole the term and confused its meaning, Hitler said in a 1923 interview with George Sylvester Viereck. For Hitler, the rejection by Marxisms of the legitimacy of the nation-state and of the capitalist forces of production was a fundamental error. Socialism, unlike Marxism, does not repudiate private property. Unlike Marxism, it does not imply any negation of personality and, unlike Marxism, it is patriotic, Hitler said. Its adherence to nationalism and capitalism had important implications for the Third Reich. Our socialism is national, he argued. We demand the fulfillment of the just demands of the productive classes by the State on the basis of racial solidarity. For us, the state and the race are one.

Hitler’s distinction between national and Marxist socialism has important implications for the CCP under Xi. The party has allowed China to undergo capitalist industrialization since Deng Xiaoping, having repudiated Maoist collectivization, but has remained committed to a strong surveillance state. The political economy that Xi inherited is therefore similar to the economic structure that Hitler presided over under the Third Reich. The problem for the CCP, however, is that China’s state-run but market-oriented economy necessarily repudiates any notion of Marxism-driven socialism. For a political party that is supposed to follow traditional Marxism-Leninism, this contradiction poses an existential threat. The way to deny this, for Xi, is to unify state and race by integrating nationalist notions of China’s great rejuvenation into the CCP’s ideology. The Chinese economic model forced Xi to take a leaf from the Hitler book.

The CCP can never reveal the national socialist forces behind Xis’ vision for China. Leninism remains crucial for the identity of the party as a revolutionary agent of historical change, while Stalinism remains essential for the organization of the CCP as a vanguard party paving the way for communism. As Xi said at the 18th National Party Congress in 2012, to reject the history of the Soviet Union and the Soviet Communist Party, to fire Lenin and Stalin, and to reject everything else is to engage in historical nihilism, and to undermine it. [CCPs] organizations at all levels. Xi cannot recognize the National Socialist character his ideology has taken on, lest he be accused of undermining the legacies of Lenin and Stalin.

He also cannot repudiate the legacy of Mao Zedong and Deng Xiaoping. Many commentators note that Xis’ response to sending his family to labor camps during the Cultural Revolution was to turn redder than red. This experiment drilled in Xi has deep respect for Mao as heir to Stalin’s legacy and as the father of the CCP. But the unique position that Deng occupies in the CCP’s historiography is also relevant. As a framework that introduced market-oriented reforms Third plenum of 1978, Deng drove China out of agrarian feudalism and brought the country closer to the communist phase of development. Xi cannot repudiate either Mao or Deng for fear of being accused of the very historic nihilism he says he loathes.

How could Xi interpret his own place in the history of the CCP? Lenin and Stalin may have been the world’s first true socialists, but the early CCP leaders believed that socialism should be indigenized in China. Mao and Deng, being true Marxist-Leninists, saw this process of indigenization as a necessary by-product of China’s relative lack of social development. For Mao, the nationalization of socialism was a necessary element to win a revolution in largely agrarian Chinese society. For Deng, nationalizing socialism was only the petty bourgeois result of capitalist industrialization. Xi, however, considers leadership a sacred lineage and believes that nationalism is essentially ethnic. He probably sees the nationalization of socialism as his personal mission on behalf of the Chinese nation.

National Socialist images of a sacred lineage have now become a feature of CCP ideology. Su Jingzhuang (), of the Central Party School, recently wrote an article on Xi Jinping’s thought in the Study time (), arguing: Red genes are a genetic factor that has taken root in our party body and is circulating in the blood vessels of the CCP cadres; they or they [form] the spiritual lineage of the coexistence and co-prosperity of the Chinese races, and [they are] an essential political advantage in achieving the great rejuvenation of the Chinese nation. The National Socialist mission of unifying race, party, nation and state seems to have taken on special significance for the CCP, while its Leninist role in securing a path to communism has been subordinated. Nationalism is no longer a necessary step on the road to communism, but the engine of Chinese socialism.

Under Xi, the CCP has shown itself too willing to incorporate aspects of Hitler National Socialism into its mode of governance. Carl Schmitt, known as crown jurist of national socialism, was cited by legal advisers to Chinese leaders to streamline the CCP’s imposition of a new national security law in Hong Kong last year. Schmitts central argument was that the sovereign, as the person who decides on exceptions to the rules, has the power necessary to suspend civil liberties. The fact that the CCP now incorporates Schmitts’ fascist jurisprudence into its legal regime indicates that China’s ruling elite was influenced not only by the ideological elements of national socialism but also by the governmental aspects of Nazism.

How long Chinese socialism will continue to nationalize under Xi remains an open question. But one thing has become clear: The role of the CCPs in securing China’s path to communism is subordinate to Xis’s vision for China’s nationalist resurgence. The most likely result of this phenomenon is a less patient, more erratic and risk-hungry foreign policy. Indeed, the prominence of Beijing’s wolf-warrior diplomats and the CCP’s track record of economic coercion are good indicators that Chinese foreign policy is already assuming this distinctly Hitlerian quality. Yet the CCP itself remains steeped in Marxism-Leninism and retains a deep respect for Joseph Stalin. Ironically, perhaps it was these Stalinist traditions that could save the world from a Xi Jinping who began to flirt with Hitler’s ideas that drove Nazi Germany.