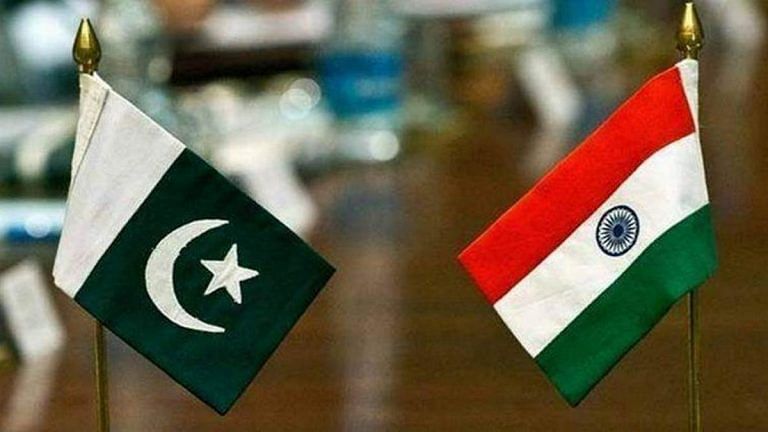 This is not the first time that Pakistan has proposed a peace plan. The more than 70 years of shared history is filled with examples of double talk and betrayal by Pakistan’s peace proposals, followed by ceasefires and then their subsequent violation.

But this time it was the turn of the Pakistani army chief, General Qamar Javed Bajwa, to lecture on peace, saying that Pakistan is committed to the idea of ​​mutual respect and peaceful coexistence. Ironically, two days after this homily, the army and the rest of the Islamabad settlement staged the Kashmir Solidarity Day ritual by staging anti-Indian protests.

The Bajwa’s short-lived peace offer must also be seen in the context of changing geopolitical realities in the region. While Pakistan was seen as part of the larger Islamic coalition but a poorer cousin, recent events have caused a drift between Saudi Arabia and Islamabad. The relationship took a hit when in 2015 Pakistan banned its military from participating in the Yemen conflict much to Riyadh’s dismay. Islamabad stepped on Saudi toes again when Prime Minister Imran Khan walked away disrespectfully and in violation of protocol after meeting the Saudi King at the OIC summit in 2019, without waiting for the translator to interpret the words he had exchanged. In November 2020, the Organization of Islamic Cooperation (OIC) issued a statement that did not mention Kashmir despite Pakistani efforts to get the OIC to condemn the repeal of Article 370 by India. In August of the same year, Imran Khan accused the Saudis OIC of inaction on the Kashmir issue and plotted to convene an OIC meeting with the help of Malaysia and the Saudis black box. Turkey, bypassing the Saudi objection. Saudi Arabia promptly asked Pakistan to repay the billion dollar loan immediately. China came to the aid of the Pakistans.

But China will rather wait and watch before advising Pakistan on further measures in the region. It is possible that it was at the instigation of China that Imran Khan made his first visit to Iran to play the matchmaker between Riyadh and Tehran. The conflicts in the Middle East are too serious a subject for Pakistan to resolve. The only reason Beijing would have pushed Islamabad is to play a bigger role in Afghanistan and the Indian Ocean region (IOR).

Meanwhile, the White House under President Joe Biden might not appreciate Islamabad rushing to where angels are afraid to step. It is clear that Washington wants Iran to obey and not to negotiate. As it stands, the US, China and Saudi Arabia are pulling in different directions with Pakistan caught in the crossfire. None of these countries can afford to lose the commercial part of the relationship with India. As for China, it would not wish for any escalation of the conflict between India and Pakistan which could jeopardize its assets and its strategic calculations in the projects of the China-Pakistan Economic Corridor (CPEC) or the Belt and Road Initiative ( BIS).

With none of these countries keen to enter the Indo-Pakistan conflict, it is clear that an isolated Pakistan has no choice but to return to the table for negotiations, at least for now.

Also read: An Instagrammer Did What Two Governments Couldn’t. Indians and Pakistanis came together for pawri

Dissent in PoK and China’s retention

It becomes a daunting task for the Pakistani military to respond to the demands of the Chinese (military and civilian) engaged in CPEC projects and the growing protests in Rawalakot in Pakistan-occupied Kashmir (PoK) against rising inflation. . Earlier in 2019, there were protests against the Pakistani army and local police in several areas of PoK like Muzaffarabad, Tatto Pani, Rawalakot, Poonch, Hajira and Tatrinote, with people accusing Islamabad of illegally seizing land for CPEC projects. In September 2018, political activists from the PoK staged a massive demonstration outside the office of the United Nations Human Rights Council (UN Human Rights Council) to protest the gross human rights violations and exploitation of human resources. water by Pakistan as part of CPEC projects.

China appears to be in a great hurry to complete the highway project between Chitral and Chakdara, which would be linked to the existing highway that joins Rashakai, the nerve center of the CPEC special economic zone. More importantly, these projects relate to the westbound highway connecting the Karakoram Highway from Gilgit Baltistan to Chitral District in Khyber Pakhtunkhwa Province which straddles the Wakhan Corridor, which borders Afghanistan, China and the Tajikistan. About 12 km from the corridor, the Chinese People’s Liberation Army (PLA) reportedly stationed troops at a dedicated military base in Tajikistan and conducted regular joint patrols and counterterrorism operations with the security forces. Afghan forces to prevent the infiltration of Uighur militant groups.

All this irritates the local population and has strong repercussions on the political parties which must fight against the anger of the people.

It is therefore not surprising that each time an election approaches, the political class is about to make two promises. The first is the resolution to send the army back to the barracks. Although this has never happened, senior military officials appear to allow political parties to temporarily hallucinate such a possibility. The second pledge they are making is to undertake efforts to mend the barriers with India and to start a long life of peace and quiet. In the 2018 parliamentary elections, all potential candidates for Prime Minister Imran Khan, Bilawal Bhutto and Shahbaz Sharif declared their pious intention to improve relations with India if elected. Apparently, such promises must resonate with the masses by encouraging them to vote for the right candidate who can engage with New Delhi in the peace efforts.

Terms such as composite dialogue, comprehensive dialogue and discussion of all issues including Kashmir have been mentioned whenever possible on international platforms. While Pakistan flawlessly raises the Kashmir issue in every peace speech, India repeats the mantra of talks and terror cannot go hand in hand.

Also Read: Pakistan Wants Biden To See From A New Perspective. But it made a mess in the Daniel Pearls case

The current phase of composite dialogue between Pakistan and India, which has evolved into what is commonly referred to as the peace process, began in January 2004 after the summit meeting between then-Prime Minister Atal Bihari Vajpayee and the President of Pakistan, General Pervez Musharraf. The meeting was billed as the one that helped thaw the bitter post-Kargil relationship between the two countries. But Islamabad has done little to rule over its non-state actors or to prevent the use of territory under its control to serve as launching pads for terrorism.

In 2006, then Prime Minister Manmohan Singh said, “We can make borders unnecessary. But soon after another round of terrorist attacks took place. Once again, after Narendra Modi became Prime Minister in 2014, the peace process took on new life, only to disappear in the aftermath of Uri (2016) and Pulwama (2019).

It is unfortunate that the peace proposals emanating from Islamabad’s political institutions have never been successful because they do not have the support of the establishment of the military, which has assumed an important role in the process. political ecosystem of the country. Even more unfortunate is the fact that every serious peace proposal has been followed by a terrorist attack or aggression by the military and so-called non-state actors, most of them sponsored by the country’s intelligence wing. , ISI. The all-powerful Pakistani military is unlikely to really appreciate that the two countries decide to live in peace and bury the hatchet. Pakistan has three centers of power; the military, the clergy and the political establishment, which can be considered the weakest of the three. The population and civil society apparently play little or no role in the decision-making process or in the general functioning of the country. A number of anecdotal evidence can be found highlighting the aspirations and hopes for peace held by the Pakistani people since the tragic partition.

Pakistan is a constant concern for India and one of the greatest obstacles to peace and progress in the region. New Delhi must keep all options for the peace talks open, but never let its guard down for fear of being caught off guard again with another terrorist attack.

Seshadri Chari is the former editor of Organizer. Opinions are personal.

US offers to meet with Iran, rolls back Donald Trump’s measures to save nuclear deal