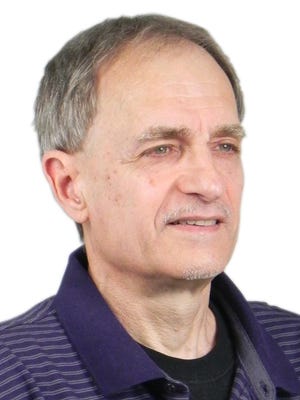 Next February, President Nixon and First Lady Pat visited the People’s Republic of China and, in an effort to sustain peace and unfreeze Sino-US relations, met with Mao Zedong in February. Perhaps no diplomatic opening in history has been so transformative or daring, and no one other than Nixon could have made it happen. His unwavering reputation as an anti-communist radical made him immune to criticism from anyone espousing conservative values. Yet Nixon, born on a farm in Yorba Linda, Calif., Was a self-proclaimed moderate reformer. It revolutionized foreign relations, reduced the Cold War, reduced nuclear and biological weapons, laid the cornerstones of environmental protection, protected marine mammals, advanced women’s rights, and increased stagnant wages by 40% . He was a pioneer, the last of the liberal New Deal presidents.

Now, because America first put alliances and global stability last, relations with China are on the decline, North Korea has gone nuclear, and NATO has lost strength. To Donald Trumps’ credit, European allies have increased their defensive spending and France has stepped up its counterterrorism efforts in Africa. But since his assault on NATO’s Article 5, the common defense principle on which the treaty has been based since 1949, Angela Merkel, Emmanuel Macron and other NATO leaders have hesitated to take the reins.

As U.S. allegiances shifted from ideology to transaction, a perceived shift in global power encouraged Vladimir Putin, who used combinations of disinformation and rubles to sway the elections in favor of candidates friendly to Moscow. Russian interests have thus been integrated into Euro-continental politics. Fortunately, despite Putin’s shenanigans, the new strategic arms reduction treaty (which was due to expire on February 5) was extended by the Biden administration. If it had been ended, it would have been the first such setback since Nixon and Brezhnev signed the US-Soviet pact to reduce nuclear missile arsenals in 1972.

Although the Abraham Accords defused territorial expansion along the West Bank, recognition of Israel by the UAE could widen other divisions. Resuscitating the Iran nuclear deal, which Trump reneged on, and a two-state solution to quell Israeli-Palestinian violence are difficult, as are the conflicting relations between the Americas and China. American diplomats have long pondered how to prevent China from violating international trade rules. A costly and reckless trade war clearly wins out over compliance. Thus, China’s growing economic and military profile, not to mention Russia’s adventurism in Syria, Libya, and Ukraine, will be a constant problem for Biden. More damagingly, once Trump called Central and South America Marxist base camps for drug lords and immigrant caravans, we ceded enormous influence in Latin America to China. During his presidency, Xi Jinpings visited 11 countries in Latin America and the Caribbean, as well as many African countries. Trump went to one. So far, during the pandemic, China has supplied 179 billion protective masks to 150 or more countries, selling 100 million doses of Sinovac COVID-19 vaccine to Brazil. Not only is China South America’s No.1 trading partner, it is building a port in Peru. In fact, 19 countries in this hemisphere have joined the Xi Jinpings Belt and Road Initiative, a trillion-dollar road and infrastructure network to facilitate trade.

The United States has yet to address the shortcomings of its own power grid, airports and bridges. Hopefully Biden will not be sensitive to the inertia of the triangulating and conservative reflexes passed to public opinion that have hampered our adaptation for nearly 50 years.