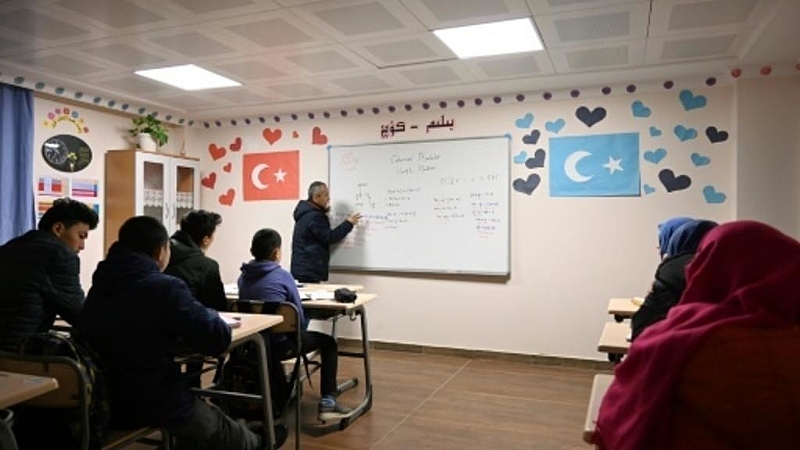 The plight of tens of thousands of Uyghur refugees in Turkey threatens to become an embarrassing political controversy for Turkish President Recep Tayyip Erdogan.

As the Turkish parliament prepares to ratify a Chinese extradition agreement, Erdogan, who positions himself as an advocate for global Muslim rights, is accused of selling Uyghur refugees.

“The government has told you that Turkey is the biggest supporter of Muslims in the world. But they don’t hear the cries of our brothers and sisters in China who are being tortured for saying they are Muslims,” ​​yelled earlier this month, Meral Aksener in an address to his parliamentary deputies from the right center-right party.

“From Europe and America we hear sounds of condemnation, but from Ankara only silence,” Aksener added.

A TV broadcast of Aksener’s speech was cut short when she invited a Uyghur refugee to speak. The state broadcaster did not explain the incident, but it went viral on social media, under the hashtag “AKP silences Uyghurs”.

As Erdogan routinely slams Turkey’s Western allies for his treatment of its Muslim minorities, decrying what he calls the growing scourge of Islamophobia, the Turkish president remains silent on China’s crackdown on its majority Uyghurs muslim.

Despite Ankara’s silence, Turkey is a refuge for one of the largest Uyghur refugee populations in the world, with more than 50,000 people believed to have sought refuge there.

But rights groups are now alarmed that the Uyghur refuge could be threatened as Turkey’s parliament considers extradition law with China.

Serious problems with the new law

“We will accept a legal document which would put Turkey in the position of being obliged to extradite people to China without confirming whether they have committed a crime or not,” says lawyer Ibrahim Ergin of the Association. International Refugee Rights International based in Istanbul.

Ergin has many Uyghur clients who are fighting Chinese extradition.

“In the case of my client Abdulkadir Yapcan, five witnesses who claimed my client was a terrorist in the evidence presented by China were executed,” Ergin explains. “They even executed the witnesses who accused my client; what kind of justice will he face in China.”

The extradition agreement is part of the deepening of economic and financial ties between Ankara and Beijing. China is also Turkey’s largest supplier of Covid-19 vaccines. A recent delay in the delivery of vaccines has been interpreted by some here as a push from Beijing to Ankara to speed up the ratification of the extradition agreement.

Alarmed by the imminent extradition threat, Uyghur leader Seyit Tumturk, head of the East Turkestan National Assembly, warned on Twitter that tens of thousands of Uyghurs would burn themselves outside the Turkish presidential palace if the extradition law was adopted.

Tumturk’s speech went viral in Turkey. “There was a very positive response that made us happy,” Tumturk said. “Our Turkish brothers have gone to their Uyghur neighbors and said this law will not pass in Turkey; we are here for you.”

The opposition pledges to oppose the extradition law in Parliament. “Any member who votes for it will have blood on their hands,” Aksener warned. Under increasing pressure, the government has yet to announce a date when parliament will vote on the extradition deal.

Promise there will be no deportations

But Turkish Foreign Minister Mevlut Cavusoglu, perhaps aware of strong Uyghur support among many government supporters, has vowed that no Uyghurs will be deported to China.

But for a small group of Uyghurs protesting outside the Chinese consulate in Istanbul, holding photos of relatives they say are held in Chinese detention camps, there is growing unease and a sense of helplessness.

“In the past, the Turkish government has shown its support for the Uyghurs on many platforms, says Azimet Mohammed,“ but due to the increase in economic and technological relations with China, I don’t think Turkey offers more open support for Uyghurs. But there is nothing we can do about it. “

Success is elusive in college football, Trojans lack it