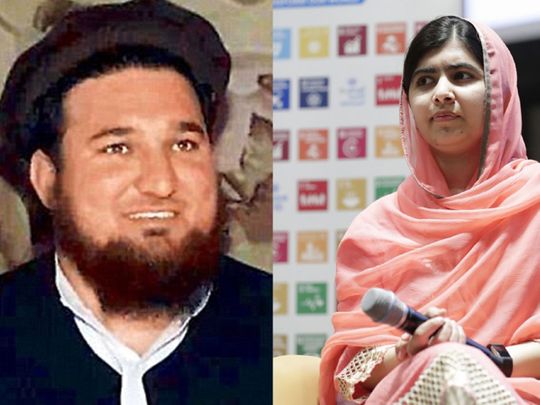 This is the first time since his escape from police custody last year that such an alarming statement has come from the Taliban leader.

Malala Yousafzai, 2014 Nobel Peace Prize Laureate, posted a tweet on her official pseudonym which read: It is the ex-spokesperson for Tehrik-i-Taliban Pakistan who claims responsibility for the attack on me and many innocent people.

The same TTP had attempted in 2012 to assassinate Malala. Although seriously injured, she survived the attack at the time, but underwent several surgeries in the UK, where she currently lives.

In the same tweet, Malala asks Pakistani authorities how the man who now threatens people on social media managed to escape custody.

While quickly learning about Malalas’ tweet, the Pakistani government clarified that the threats against her came from a fake account.

He added that Twitter and the authorities had been notified as such disbelievers using fake accounts and the spread of hate should not be allowed on any social media platform. There is zero tolerance for extremism in Pakistan, he further assured Malala.

Prime Minister’s adviser Raoof Hasan also clarified that the government was investigating the threat and immediately asked Twitter to shut down the threatening account.

Ehsan was known for making fearful statements and threatening to carry out attacks, and was linked to some of the country’s deadliest attacks.

These include the targeting of Malala in 2012 and the bombing in a Lahore park at Easter 2016.

He surrendered to authorities in 2017 and then gave interviews to a Pakistani television station, which sparked criticism and controversy that a terrorist had been granted airtime.

This angered many locals who said a saboteur was being pampered by the authorities.

In August 2020, the Pakistani army spokesman confirmed to media that Ehsan had escaped from their custody during an operation.