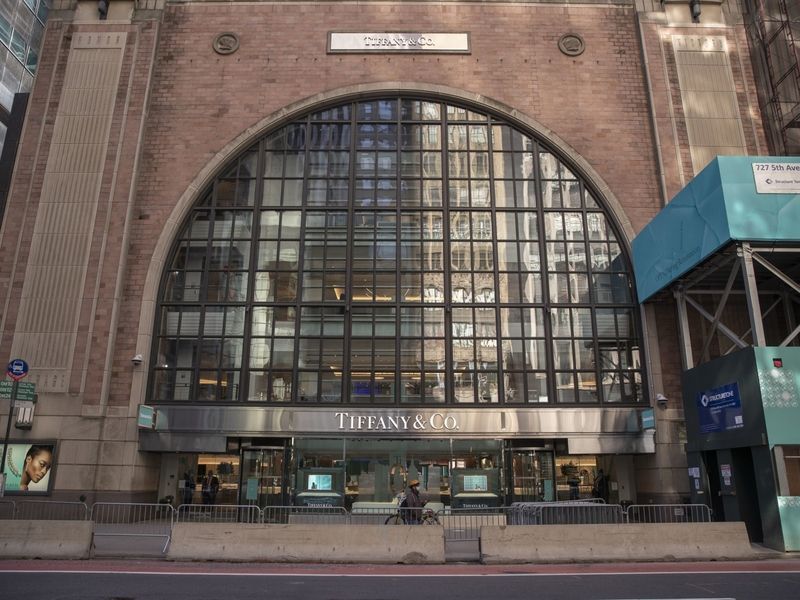 Eric Trump, the organization’s executive vice president, declined to comment, as did spokespersons for Wharton and SL Green.

Filling the 5 floors of retail space will likely be difficult. The decline in tourists and office workers following the Covid-19 pandemic has caused vacant spaces in Manhattan stores to explode, and the pain will likely persist for owners even after the virus has fallen. Meanwhile, the Trump brand is suffering after Donald Trump was impeached a second time for his role in inciting a deadly riot on the U.S. Capitol.

The damage is particularly severe in Trump’s hometown of New York, where the former president won just 12% of the vote in Manhattan last year. New York City announced it was canceling management contracts with the Trump organization in the wake of the riot. Some Trump brand properties have removed his name or are considering doing so.

“Renting retail or office space at this point in New York is difficult,” said Colp-Haber, whose company is not related to the Wharton Properties which holds the Trump lease.

The 57th Street building is a ‘Triple-A location. The building itself, the spaces are really nice, it’s a lot of glass and steel. They are very beautiful spaces. But for some users there is definitely a stigma, ”she said.

Wharton and SL Green took over Nike’s rental obligations in the building as part of a 2016 deal to move the shoe brand to its current New York flagship at 650 Fifth Ave. Tiffany agreed to sublet the space in 2018. A representative for the company has confirmed the the jeweler will be returning to their renovated space at 727 Fifth Ave. next year.

Sublets are usually at reduced rates compared to the market. Tiffany paid $ 7 million a year for the 57th Street space, according to a person familiar with the deal, who asked not to be named because the details are private. On Upper Fifth Avenue, asking rents slipped 3.7% in the fourth quarter to $ 2,575 per square foot for ground floor space, according to a recent report from Cushman & Wakefield.

Nike’s swap for Tiffany was a step forward for the Trump organization, said Elie Hirschfeld, a New York real estate developer and supporter of Donald Trump, who has worked with the former president for years.

The areas around the Trump Tower could benefit from the end of Trump’s presidency. In 2016, when Tiffany was in its main store on Fifth Avenue, the company reported that increased security reduced visitors. Now the barricades and police are gone – which could bring pedestrian traffic back into the neighborhood.

Unlike other Trump buildings across town, the 57th Street store has little sign of being Trump owned. The name of the former president is not inscribed on the front in gold letters, as in Trump Tower.

On an afternoon visit this week, the Tiffany store was mostly empty, with security guards and employees far outnumbering the handful of shoppers. The store was adorned in Tiffany’s signature blue, including a reconstruction of the Empire State Building spanning all five floors of the store.

Outside, the streets were fairly quiet, as were the luxury stores across the road: Burberry, Saint Laurent, David Yurman, and Miu Miu.

On Fifth Avenue, stores including Valentino have closed during the pandemic. The retail availability rate on Upper Fifth Avenue, between 49th and 60th streets, was 23% in the fourth quarter, according to Cushman & Wakefield.

Hirschfeld said he expects the trade corridor to rebound due to its global recognition.