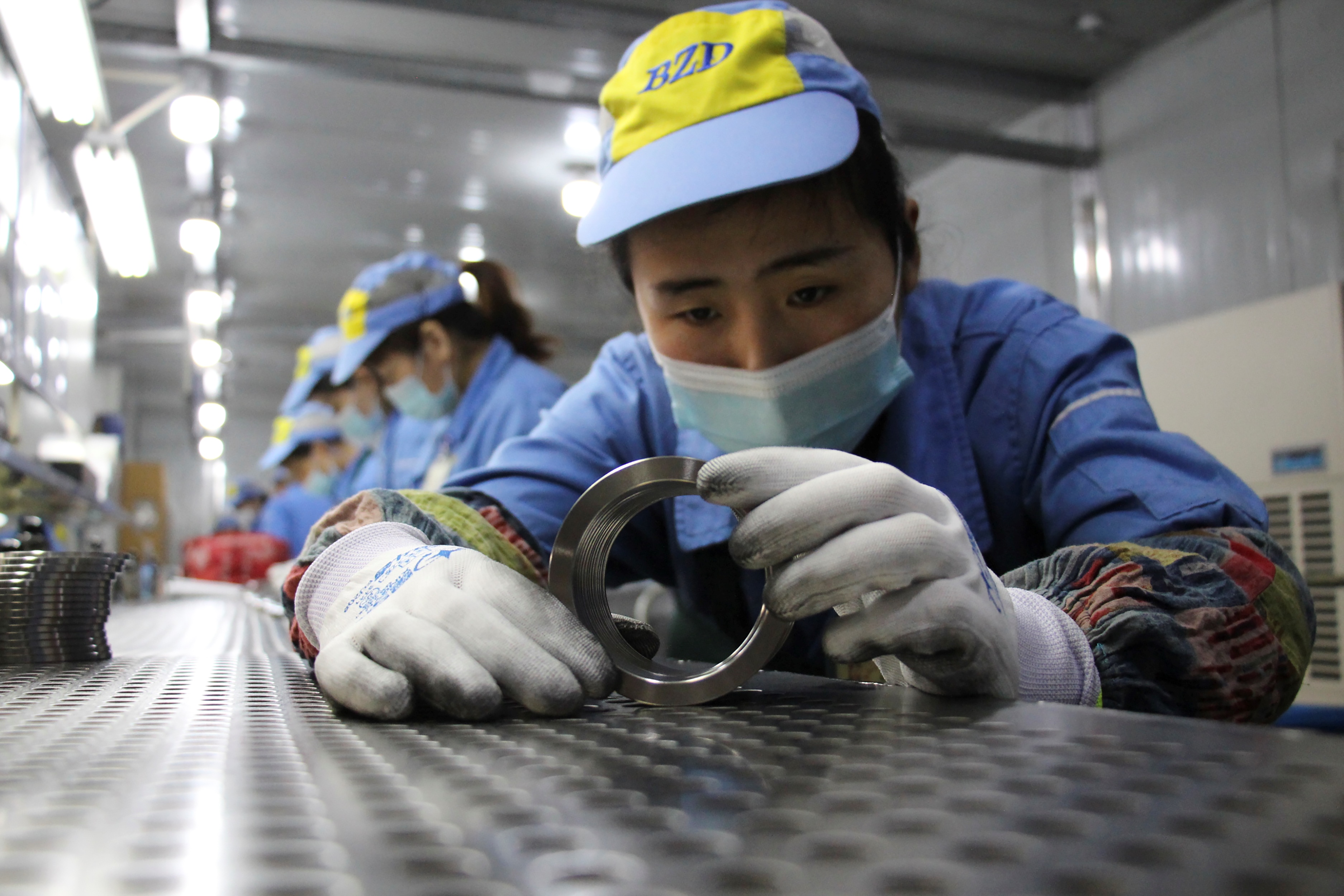 According to the just published analysis, the Chinese economy will likely remain the second largest in the world in 2050, behind the United States.

Capital Economics’ prediction is at odds with the commonly held view that China is on the verge of overtaking the United States as the world’s largest economy and staying there.

The London-based consulting firm predicts that China’s economic weight will not increase steadily relative to the United States over time, in part due to its workforce declining by more than 0.5 % per year by 2030. Meanwhile, the US workforce will grow over the next 30 years. , supported by higher fertility than in China and immigration, he said.

“The most likely scenario is that slowing productivity growth and shrinking labor force prevent China from overtaking the United States,” the analysis said.

According to the firm’s forecast, the pace of economic convergence between countries depended on what happens to productivity, as well as inflation and the exchange rate. He said if China didn’t overtake the United States in the mid-2030s, “it probably never will.”

“And if it overtakes, China might have a hard time retaining the top spot,” he added, although the output of Chinese workers is expected to grow faster than in the United States after 2030 and the income between countries will also continue to decline.

“State control of the economy is one aspect of Xi Jinping’s belief that the Party should be dominant in all aspects of Chinese society,” he said. Newsweek.

“Most people think China’s economic growth will remain much stronger, so overtaking the United States is only a matter of time. I think China’s growth has slowed down considerably over the past year. decade and is likely to continue, mainly because productivity growth is declining.

“If so, China could move closer to the United States in terms of economic size around 2030, but not exceed.”

He said “demographic headwinds” would continue to weigh on China’s economy. “There is a chance that China will come first and then fall back as this demographic drag increases,” he added.

In January, a preliminary estimate from the Bureau of Economic Analysis (BEA) showed that U.S. GDP contracted 2.3% last year in current dollars to $ 20.93 trillion.

Last month, a separate analysis suggested that COVID-19 could mean Chinese GDP could overtake the United States sooner than expected, as the U.S. economy had been hit hardest by the pandemic. According to the prediction of financial group Nomura, according to “reasonable growth projections”, China could surpass the United States by 2028, CNBC reported.

Alicia García-Herrero, chief Asia-Pacific economist at French investment bank Natixis, agreed that China may continue to lag behind the US economy.

“This is possible because the average real GDP growth in China may well hover around 2.5% in 2035 and beyond, which will mean that China will stop converging with the United States and maybe even diverge.” , she said. Newsweek.

“The decline in the working population is one of the reasons, but also a deceleration in productivity,” she added.

Trump Hotel employees pretended to support him: ‘Inside I was dying’