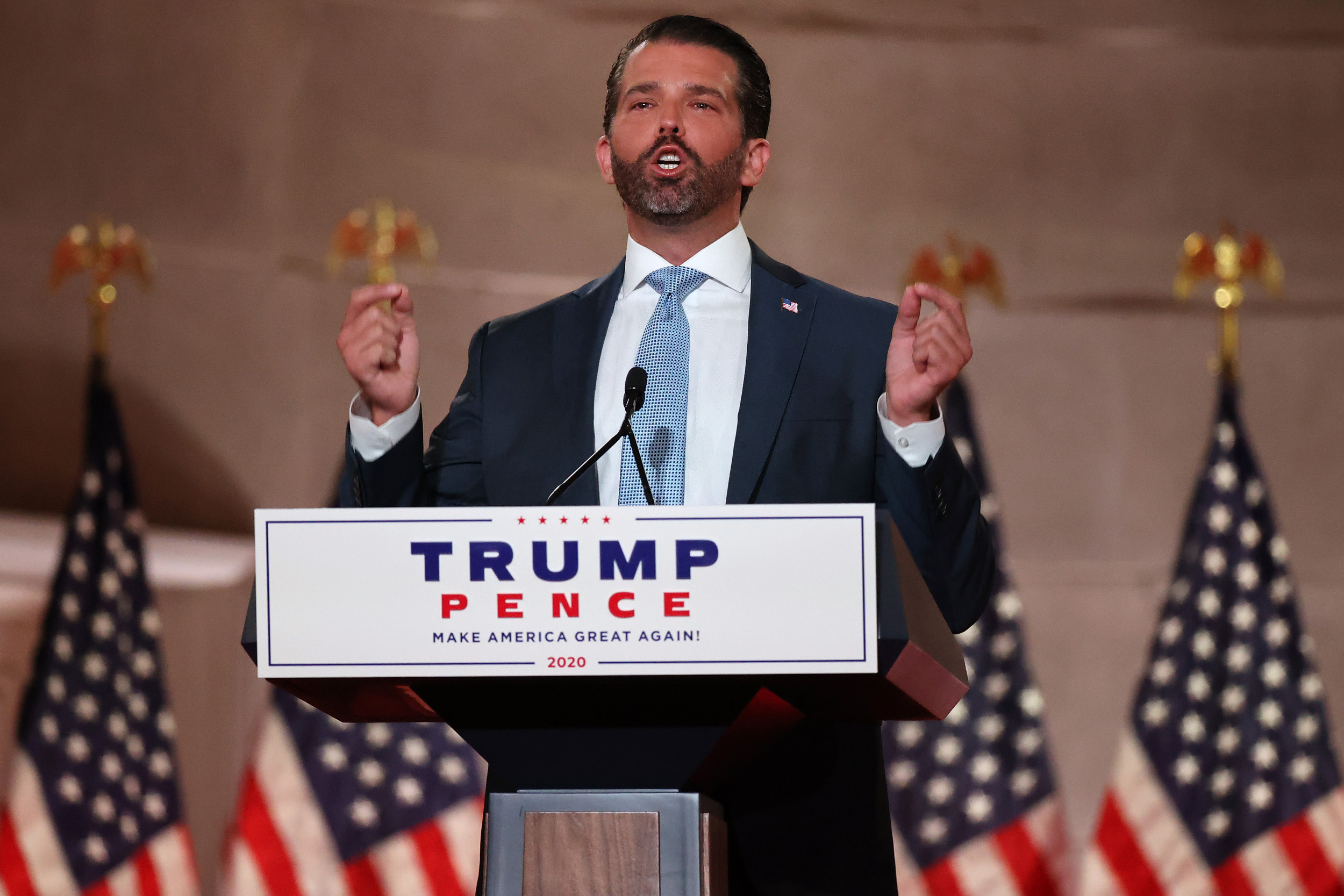 Donald Trump Jr. came to the defense of Senator Ted Cruz (R-Texas) under fire after admitting to flying to Cancun as Texas faced blackouts, dwindling water supplies and at freezing temperatures.

Former President Donald Trump’s eldest son criticized those who tried to “cancel” Cruz after traveling to the Mexican city with his family, only to return on Thursday.

Cruz said he left Texas to “be a good father” after his daughters asked to go on a trip with friends when school was canceled.

“In the grand scheme of things, he’s a senator. He doesn’t handle crises in states,” Trump Jr. said in a video posted to the video-sharing app Rumble. “It’s a governor’s job. He’s a federal employee, they mostly vote for things.

“Let them spend more time focusing on this than they are, you know, governors blatantly ignoring their executive orders, shutting down states, etc.” Shows you how ridiculous things are.

By sharing the video on Twitter, Trump Jr. attacked “the hypocrisy of those trying to overturn Ted Cruz who have been totally silent on the incompetence of their Democratic governor.”

The tweet was widely mocked and criticized by social media users, claiming that Trump Jr. suggests that Republican Texas Gov. Greg Abbott is a Democrat and that responsibility for the crisis lies with him.

Author and former Newsweek writer Kurt Eichenwald tweeted: “Hey, Republican Governor of Texas @ GregAbbott_TX— @ DonaldJTrumpJr calls you both a Democrat and an incompetent. How? Or are you just going to say nothing and leave is this gift as stupid as his father? “

Brittney Cottingham, deputy news director for Texas-based news channels KFDX / KJTL, added: “It’s been seven hours and Donald Trump, Jr. did not correct this tweet. To clarify: Ted Cruz is a senator from Texas where the governor, named Greg Abbott, is a Republican. “

While defending Cruz, Trump Jr. never mentions Abbott by name in the tweet or video he posted.

In the clip, Trump Jr. appears to be referring to Democratic Governor of California Gavin Newsom when he mentions governors “blatantly ignoring their executive orders.”

In November 2020, Newsom apologized after attending a birthday dinner with at least a dozen people from multiple households on November 6 in violation of COVID-19 restrictions.

Hours before posting the video, Trump Jr. sent out another tweet defending Cruz while attacking New York Gov. Andrew Cuomo, another Democrat, as he claimed to have covered the true number of COVID deaths in homes state pension.

“How is it possible that Twitter spends more time trying to destroy Ted Cruz on a family trip but refuses to focus on Gov Cuomo’s lies, cover-ups and powerful arm tactics that have killed thousands people? ”Trump Jr. tweeted.

Although worded arguably confusingly, Trump Jr. makes no direct mention that Abbott is a Democrat. He never even names Abbott in the video or tweets, but he directly names Cuomo and refers to Newsom.

Donald Trump Jr. pre-recorded his speech at the Republican National Convention at the Mellon Auditorium on August 24, 2020, in Washington, DC Trump Jr. was widely mocked for a tweet he sent while defending Senator Ted Cruz. Somodevilla / Getty chip