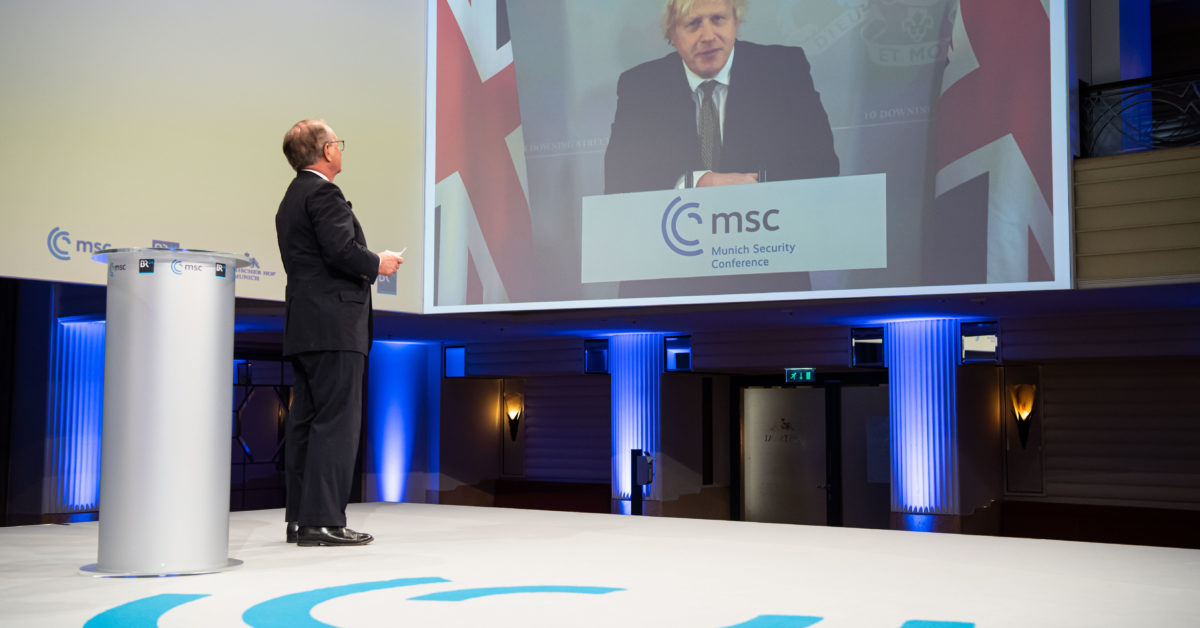 At home, the British Prime Minister has a reputation for being a political chameleon and he pulled off a similar trick on the international stage on Friday. Once described by Joe Biden as a Trump clone, Johnson delivered a speech at the Munich Security Conference that positioned himself as the optimistic champion of the transatlantic alliance that Donald Trump has so often despised.

In a speech clearly focused on a Biden administration keen to rebuild ties with European allies, he sought to allay post-Brexit anxieties, insisting that our commitment to European security is unconditional and steadfast and underlined how the recent UK defense spending increase would make the UK. NATO’s second largest contributor after the United States.

Confirming that a long-awaited integrated review of UK international policy would be released next month, he said the document would have as a “starting point” the idea that “the success of global Britain depends on our homeland security and stability. of the Euro-Atlantic area. “

In another signal to Washington, Johnson highlighted areas in which the UK has resisted Beijing, citing its offer of a route to British citizenship for three million Hong Kongers in response to China’s imposition of ‘a national security law on the territory, as well as new British. measures to remove goods produced by forced labor in Xinjiang from supply chains.

The British Prime Minister, who as Foreign Minister during the Trump era told American diplomats his belief that the president was “making America great again,” struck a very different tone in one of his first major foreign policy speeches of the Biden era.

“I believe that Europe increasingly recognizes the need to join with our American friends in rediscovering that far-sighted leadership and the spirit of transatlantic adventure and unity that made our two continents a great strength first. place, ”Johnson said.

Earlier today, he hosted a video call from G7 leaders in which he pledged UK support for efforts to deliver vaccines to developing countries and promoted the idea of ​​a future ” pandemic preparedness treaty ”.

Speaking later at the security conference, which also heard from Biden, German Chancellor Angela Merkel and French President Emmanuel Macron, Johnson displayed another of his political brands: insatiable optimism. He called on leaders to dispel the air of “pessimism” around the transatlantic alliance.

“Let me respectfully suggest that the gloom has been overdone and that we are turning a corner,” Johnson said. “And the countries we call ‘the West’ are bringing together and combining their tremendous strengths and expertise again, which is of enormous benefit to all.

The German situation in Domingo has lifted Aaron Boone’s antenna