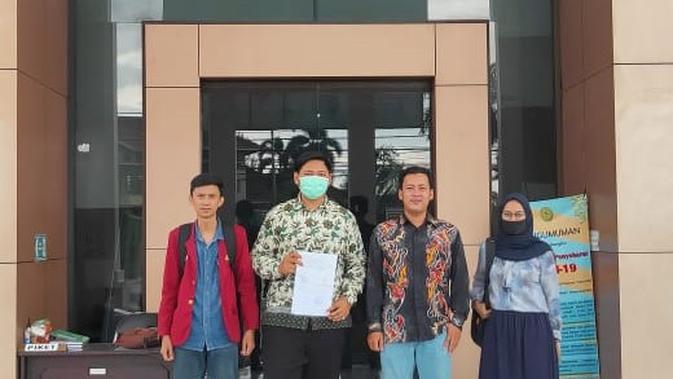 However, after two trials, only the Samarinda District Court and the High Court of East Kalimantan sent their lawyers. The national police and President Jokowi did not send their proxies to the trial.

During the dismissal session held on Monday February 4, 2021, neither the president nor the presidential power were present. Likewise, the match session, which took place on Monday, February 15, 2021, was also absent.

One of the plaintiffs, Abdul Rahim, said that according to the briefing, his party was indeed meeting on the agenda to read the challenge against the decision to fire PTUN President Samarinda. In this determination, the Respondent’s claim was not granted as it was considered that it had failed to perform the administrative efforts.

Meanwhile, our legal action is related to litigation regarding illegal acts, so we believe that the dismissal decision is not appropriate and we have to fight because it does not reflect legal certainty, ”Rahim told Samarinda, Friday (20/2/2021).

In accordance with the authority of PTUN to judge with reference to regulation number 2 of 2019, it is necessary to continue until there is legal certainty as well as to prove that the law is the supreme commander.

“When it comes to the president’s power not to be present at the trial, as members of the public we are increasingly afraid and we feel confused,” he said.

The reason is that his party hopes that the head of state will be present in the community when community conflicts are more and more intense with the police, in particular the national police. Because during the trial, the Polri institution accompanied the police officers who were prosecuted in the PMH 142 / Pdt.G / 2020 / PN Smr case and received the authorization of the president of the Samarinda district court.

“We law-abiding citizens hope that the law will effectively become the commander of this country so that our rights guaranteed by the 1945 Constitution are not infringed in the life of the nation and the state,” Rahim said. .

Another plaintiff, Faizal Amri, also called on the president to put an end to the controversy over disputes between the community and the national police and justice. According to him, the six plaintiffs had castrated the civil rights or principles by executing the ordinance of article 108 paragraphs 1 and 2 of the Kuhperdata.

“It is enough to attend the PTUN trial and listen to the complaints and the problems that become the dispute so that everything can be transparent and can restore harmony between the government and the society according to the Constitution of 1945,” said Faisal.

This case began when a number of residents reported to police and a number of judicial institutions regarding the criminal verdict against a resident of Samarinda. The verdict was later found to be legally flawed as the police, as an investigator, were suspected of presenting false witnesses and evidence.

The judge ignored the protest raised during the trial. They then sued the Samarinda State Administrative Court.

PTUN Samarinda will be holding the next test next week. If the defendants or their agents are not present, the trial will continue.

Someone shoots that fucking dog! What Boris Johnson growled as Dilyn gnawed on antiques at Checkers