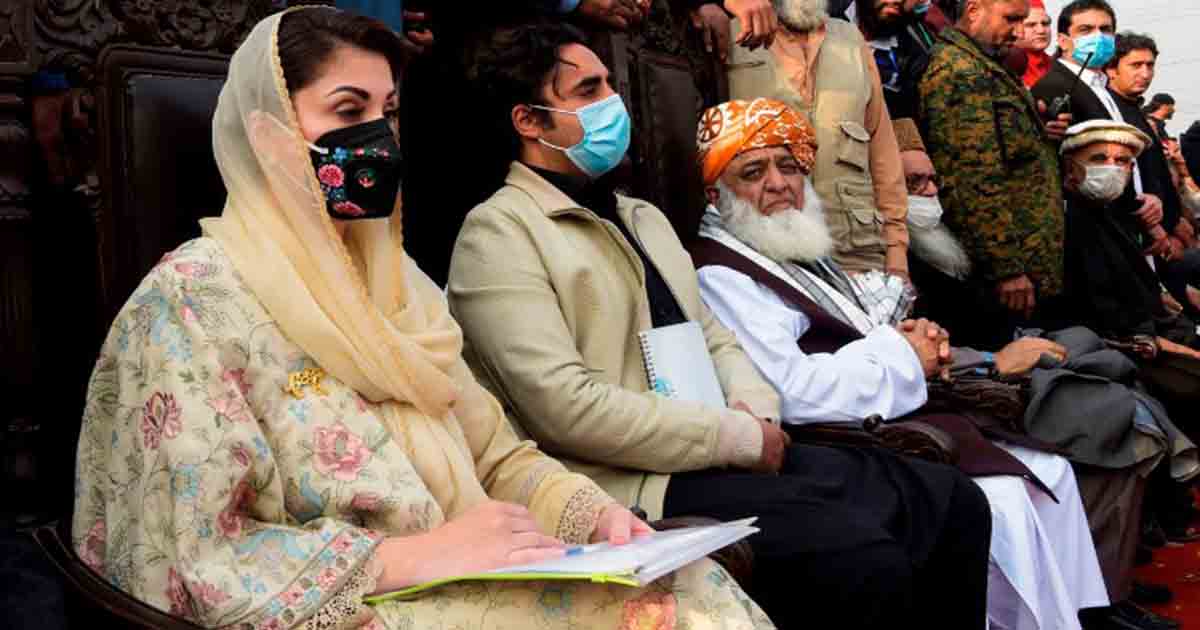 Prime Minister Imran Khan said on Friday that there was a mandi (market) for the upcoming senatorial elections and that opposition parties were trying to “buy” lawmakers from the ruling PTI after all coalition efforts anti-government Pakistani Democratic Movement (PDM). the banner has “failed”.

The market, Prime Minister Imran Khan said, “has been operating for 30 years”. He added that “prices were set to buy politicians” before the Senate elections.

The Prime Minister’s remarks took place during the launching ceremony of a tree planting campaign at the site of the Ghazi-Barotha hydroelectric project. “A country is destroyed if its prime minister and federal ministers engage in corruption,” he said, noting that the “thieves” who ruled Pakistan in the past “not only stole money, but also destroyed all morality ”.

The prime minister said the government was looking for open ballot polls in the Senate, but the opposition was fiercely opposed to the idea and wanted a secret ballot. “The corrupt elements want to create a market for senatorial elections again,” Prime Minister Imran Khan said.

Read more: Pakistani Senate Elections: The Good, the Bad and the Ugly?

A video of PTI lawmakers allegedly receiving bribes ahead of the 2018 Senate elections has surfaced on social media amid the heated debate between the government and the opposition over the question of the ballot for the Senate elections of this year.

In the video, stacks of currency can be seen atop a table in front of Khyber Pakhtunkhwa’s AMP PTIs. Sultan Mohammad Khan and MPA Ubaid Mayar can also be seen in the video.

Former PPP MPA Mohammad Ali Bacha hands over the batteries to PTI parliamentarians. PTI Sultan Mohammad Khan can be seen receiving money in the video and keeping it in a bag.

The leader of the PTI also named Mairaj Humayun of the Qaumi Watan Party, Khatoon Bibi and Babar Saleem of Awami Jamhuri Ittehad Pakistan, and Wajeeh uz Zaman of the Pakistani Muslim League Nawaz for helping to sell votes in the House elections. Upper Parliament.

To counter the culture of the horse dealer, analysts believe that Prime Minister Imran Khan has taken a principled position and introduced the idea of ​​holding the Senate elections by show of hands. Senate Speaker Sadiq Sanjrani supported holding elections to the Senate by open ballot in his response to a reference regarding the government’s case before the Supreme Court.

The governments of Khyber Pakhtunkhwa, Punjab and Balochistan also supported the federal government’s view to hold open ballots, while Sindh rejected the idea.

Read more: The calendar for the Senate polls will be announced today: will the PTI win the maximum number of seats?

Although the government filed a reference to seeking the opinion of higher courts on holding the election by open ballot, an ordinance has been issued to enforce the same. Pakistan Attorney General (AGP) Khalid Jawed Khan argued that the ordinance had been promulgated in the context since the Pakistan Election Commission (ECP) was going to release the Senate election schedule on February 11 when the court Supreme heard the reference, explaining that the whole exercise would become academic if the court gave its opinion after February 12.