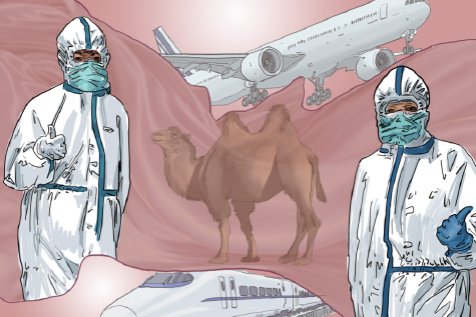 January 2021 marked the 29th anniversary of the establishment of diplomatic relations between the Republic of Uzbekistan and the People’s Republic of China. It is encouraging to note that in recent years, multifaceted cooperation has deepened in virtually all areas, including trade, investment, energy and transport.

Along with this trend, the fact that despite the impact of the COVID-19 pandemic, the two countries have not only strengthened their comprehensive strategic partnership, but have also identified new areas of interaction, allows us to consider the future of relations between Uzbekistan and China. optimism and confidence.

Political dialogue at the highest level is one of the key factors in the dynamic development of bilateral cooperation.

In May 2017, Uzbek President Shavkat Mirziyoyev paid his first state visit to China and had fruitful talks with Chinese President Xi Jinping, in which the two leaders identified priority areas of cooperation.

The talks between them within the framework of the Shanghai Cooperation Organization in Qingdao in 2018 gave new impetus to bilateral relations. And the two leaders identified “new points” to further strengthen multifaceted cooperation during their meeting on the sidelines of the Second Belt and Road Forum for International Cooperation in Beijing in 2019.

During their telephone conversation on May 7, the two leaders agreed, among other things, to cooperate in the fight against the pandemic. In addition, a number of talks at intergovernmental level have taken place to implement the agreements reached at the highest level and a favorable environment has been created for the promotion of interparliamentary relations between the two parties.

The implementation of the agreements reached between the two leaders has further deepened the cooperation on trade and investment. Thanks to the joint efforts of both sides, the impact of the pandemic on Uzbek-Chinese cooperation has been minimal, as shown by a number of positive trends.

First, in the past three years, China has been Uzbekistan’s main trading partner. Before the pandemic, the annual increase in bilateral trade was 30-40%, growth declined slightly last year due to the pandemic. China is also Uzbekistan’s largest export market; it accounts for 12.8% of the country’s total foreign trade in 2020. In addition, there has been a qualitative change in bilateral trade, with Uzbekistan exporting more finished products and agricultural products to China.

Second, bilateral investment and modern technology cooperation is deepening, and Chinese investment in Uzbekistan, mainly in sectors such as oil and gas, chemicals, building materials, pharmaceuticals, agriculture and light industry, are increasing at a rate of about 40% per year in recent years. years.

Uzbekistan and China still have huge potential to expand cooperation in investment and advanced technology, especially because President Mirziyoyev has set a foreign investment target of $ 23 billion for 2021. In As a result, Uzbekistan plans to commission 226 large industrial and infrastructure projects, build modern facilities for textiles, leather and footwear, food and pharmaceutical industries, and establish power plants.

The pandemic has had a huge impact on the global economy, disrupting regional and global production chains and trade links. Addressing attendees via video link at the opening ceremony of the China International Import Expo in Shanghai in November, Mirziyoyev said Uzbekistan welcomed Xi’s new strategic direction to stabilize the country. trade, eliminate trade barriers and strengthen interconnectivity between economies.

In this context, it is important to combine the efforts of different countries to strengthen regional and interregional connectivity by forming a network of “dry ports”, logistics and wholesale distribution centers under the Belt and Road Initiative. of the road. A good example is the opening of a new multimodal China-Kyrgyzstan-Uzbekistan transport corridor to speed up the construction of a railway line.

The deepening of Uzbek-Chinese cooperation has in turn strengthened the bilateral comprehensive strategic partnership, as evidenced by the visits of leaders of Uzbekistan’s 14 regions to China between 2017 and the outbreak of the pandemic last year. The result of these visits was the signing of agreements for the implementation of more than 150 joint projects, including on finished products for export.

At the same time, agreements have been made with a number of Chinese provinces on cooperation in the fields of education and training, “smart” agriculture, “smart” technologies, production of seeds and water management.
New challenges require new solutions. China has succeeded not only in largely containing the pandemic, but also in becoming the only major economy to achieve positive GDP growth in 2020.

As President Mirziyoyev recently said in his speech to parliament, Uzbekistan will pay special attention to healthcare and continuing to fight the pandemic will remain one of its most important tasks in 2021.

Uzbekistan also plans to further digitize medical care, in particular by improving communication between specialized centers and their local branches through telemedicine. In fact, Mirziyoyev made an appeal in November to strengthen cooperation with China in the field of telemedicine.

Cooperation in the fight against poverty

Another area of ​​cooperation is poverty reduction, especially given the success of China’s campaign to eradicate absolute poverty by the end of last year.
As a result, Mirziyoyev told the Uzbek parliament in December that the main goal of economic reform in 2021 will be to reduce poverty and improve the well-being of the people.

The ministries and departments of the two countries have already established working contacts, and recent years have seen the dynamic development of Uzbek-Chinese cooperation, creating the conditions conducive to strengthening the comprehensive strategic partnership.

Next year will be a landmark event, as the two countries celebrate the 30th anniversary of the establishment of diplomatic relations. And through our joint efforts, this historic occasion will add new vitality to our cooperation and bring more benefits to our countries and peoples.

The author is Ambassador Extraordinary and Plenipotentiary of the Republic of Uzbekistan to the People’s Republic of China. Opinions do not necessarily reflect those of China Daily.