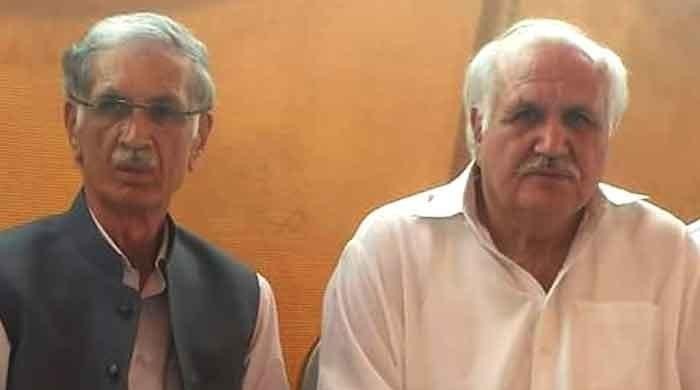 Liaquat Khattak was Minister of Irrigation He was inducted into the provincial cabinet in April 2019, KP government spokesman Kamran Bangash said Liquat Khattak was dismissed by the chief minister after putting the prime minister Imran Khan with confidence

Following a setback in Nowshera’s indirect ballot for the PTI, with unofficial results showing a PML-N victory, the Khyber Pakhtunkhwa government on Saturday withdrew Liaquat Khattak, the brother of Defense Minister Pervez Khattak, on Saturday. of the provincial cabinet.

In accordance with the notification issued, the provincial governor dismissed Liaquat Khattak under clause 3 of article 132. He held the portfolio of the Minister of Irrigation.

Liaquat Khattak was dismissed from his post for supporting the PML-N candidate [by poll]said the special assistant to the KP chief information minister Kamran Bangash.

Bangash claimed CM Mahmood Khan fired Liaquat after investigating him. He added that the minister was dismissed from his post after taking advice from Prime Minister Imran Khan.

The PTI lawmaker won the PK-64 Nowshera-IV seat in the 2018 general election after being freed by his older brother (Defense Minister Pervaiz Khattak).

A year later, in April 2019, he was inducted into the KP cabinet as minister of irrigation.

PML-N candidate Ikhtiar Wali Khan won the by-ballot for the seat of the provincial assembly PK-63 Nowshera-III on Friday, according to unofficial results.

The PML-N candidate was reportedly supported by all parties in the PDM except the National Awami Party (ANP), which fielded a poorly successful candidate.

The seat of PK-63 had become vacant after the death of PTI MPA Mian Jamsheduddin Kakakhel due to COVID-19.

After the defeat, there were reports that Liaquat Khattak had developed differences with his brother Pervez Khattak over the choice of the candidate for the seat.

This led to reports suggesting that the minister was not actively involved in the campaign for the PTI.

According to a report by Dawn, he also expressed frustration with the provincial government after calling himself a powerless minister during a public rally in Nowshera days before the poll.

Construction of the new Tanjung Carat port starts this year