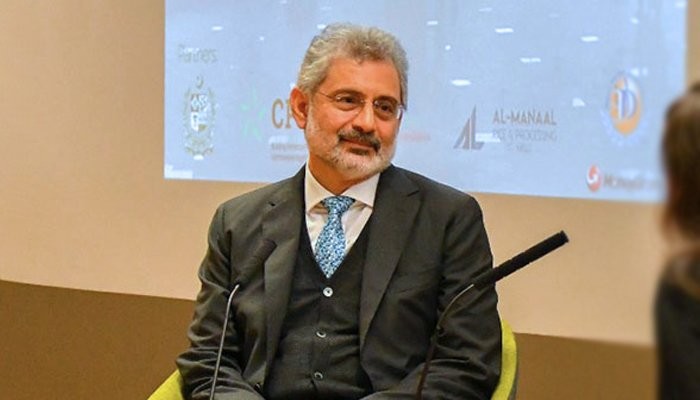 ISLAMABAD: Supreme Court Justice Qazi Faez Isa alleged that instead of allowing him to investigate any wrongdoing in the release of Rs 500 million in development funds by Prime Minister Imran Khan to lawmakers, he was ” prevented “from exercising his constitutional functions.

The judge made the objection in a note he sent to Chief Justice Gulzar Ahmed following his removal from the five-member bench formed to hear the case.

The judge wrote that the measure was taken after Prime Minister Imran Khan’s statement and was “unconstitutional”.

Judge Isa said a two-member bench consisting of him and Judge Maqbool Baqar first addressed the issue. He added that the two-member bench adjourned the hearing on February 10 and wrote the order that if the PM’s response is “unsatisfactory” then the case will be referred to the Chief Justice.

The judge said that the same day CJP Gulzar Ahmed formed a bench of five to hear the case.

He added that he wrote to the Chief Justice after the bench was formed about the exclusion of Judge Baqar and the wider bench. However, the Chief Justice “never responded” to Judge Isa on this point, nor did he respond to objections to the matter.

Judge Isa further wrote that the formation of the bench raised doubts as to why there is “extraordinary interest” in the case. He also claimed that questions raised regarding the “impartiality” of the justice system and public confidence had not been answered.

The judge further claimed that CJP Gulzar Ahmed “did not even provide a verbal response” when asked about the exclusion of Judge Baqar from the bench. He also alleged that the records reveal that the record was submitted to CJP on verbal order.

Judge Isa asked not to hear the cases against the PM

Read more: Judge Isa asks how the world knows about CJP’s verdict before they see it

The development came last week during a hearing on the release of a development fund of Rs500 million to each legislator led by the Prime Minister ahead of the Senate elections.

Under these circumstances, it would not be appropriate for the judge to hear the case since he had already filed an application against the Pakistani prime minister in his personal capacity, says the written order issued by Chief Justice Gulzar Ahmed.

The Chief Justice further noted that in order to uphold the principle of non-partiality and impartiality, it would be in the interests of justice for the judge (Judge Isa) not to rule on matters involving the Prime Minister. Minister of Pakistan.

Read more: What to do if lawmakers’ development funds are poured out of order, says SC

The court noted that Judge Isa had sought to record photocopies of certain documents he allegedly received from an anonymous source via a WhatsApp message.

Copies of these documents were reportedly given by the judge to other members of the bench. A copy was also given to the learned attorney general of Pakistan.

The court further noted that the judge (Qazi Faez Isa) also said that he was not sure whether the documents were genuine.