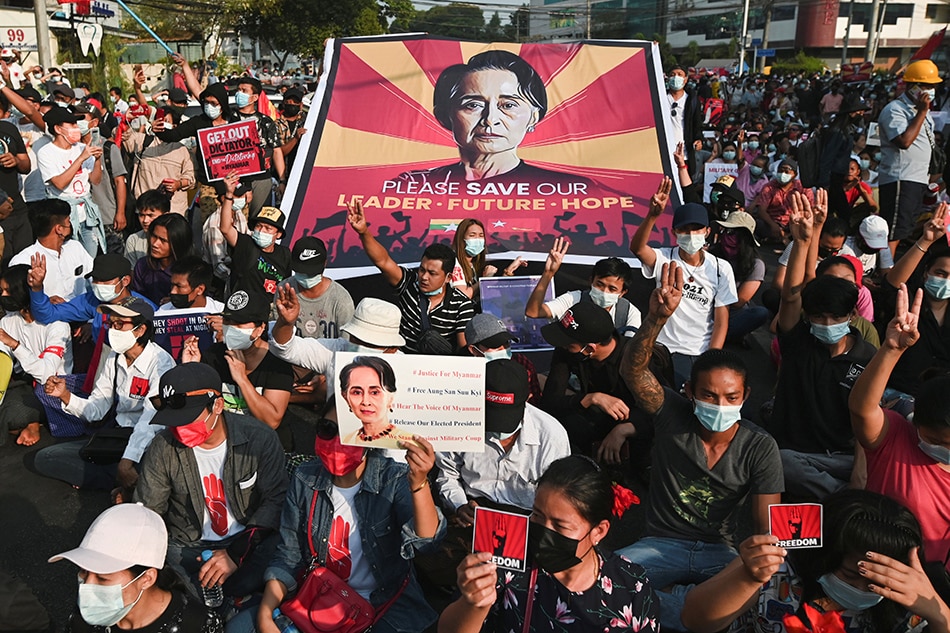 China has said it is ready to work closely with ASEAN to ease political tensions in Myanmar as pressure mounts on Beijing to condemn the military coup in its neighbor in Asia. South East.

In a call with his Indonesian counterpart Retno Marsudi on Friday, Chinese Foreign Minister Wang Yi said that a peaceful and stable Myanmar is important for China and for the Association of Southeast Asian Nations. .

“The continuing unrest in Myanmar is not in the interest of the country and its people, nor in the common interest of the region. Myanmar’s military and political parties have an important responsibility for the stability and development of the country, ”Wang said, according to a statement from the Chinese Foreign Ministry.

We hope that all parties in Myanmar will act in the fundamental and long-term interest of the country and the nation, resolve the issues that arise peacefully within the constitutional and legal framework, and continue the process of democratic transition in the country. . in an orderly fashion.

Retno, who is trying to rally ASEAN members to respond as a unit to the political crisis in Myanmar, said Indonesia supports ASEAN’s principle of non-interference, but would be willing to engage in “constructive contacts” with Myanmar to end the crisis and continue the democratic transition. in the countryside.

Indonesian President Joko Widodo and Malaysian Prime Minister Muhyiddin Yassin earlier agreed to hold a special meeting of ASEAN foreign ministers to address the political crisis, a proposal that was endorsed by Sultan Hassanal Bolkiah from Brunei, president of the bloc this year.

China was cautious in its public response to the February 1 coup, in which the military overthrew de facto leader Aung San Suu Kyi and her National League for Democracy.

The coup sparked widespread protests and a nationwide civil disobedience movement against the junta. Rights groups said on Friday that a 20-year-old grocery store worker died after being shot in the head last week as police tried to disperse protesters in the capital Naypyidaw.

As the international community rushed to condemn the coup, Beijing has remained largely silent, citing its policy of non-interference.

He called the military takeover a “cabinet reshuffle” and joined Russia in blocking a joint UN Security Council statement condemning the coup.

Earlier this week, Chinese Ambassador to Myanmar Chen Hai said Beijing had no “prior knowledge” of the coup and rejected claims that China was helping the military.

Xu Liping, Institute of Asia-Pacific Studies at the Chinese Academy of Social Sciences, said Wang Yi pointed to common ground between the positions of China and ASEAN.

“China’s position is very clear – we do not interfere in the internal affairs of Myanmar, which is a friendly neighbor. China is also willing to play a constructive role through some existing channels, ”Xu said.
“What China wants is a solution with ASEAN playing a central role. It is a practical choice. “

“Myanmar is, after all, a member of ASEAN,” he said, adding that Beijing’s reach should not be overstated.

Britain and Canada joined the United States on Thursday in announcing sanctions against military officials in Myanmar for human rights violations.

The US State Department said the United States will work closely with its allies and partners to pressure the military “to reverse its actions.”

Florida is a model of voting. The GOP still wants to change.