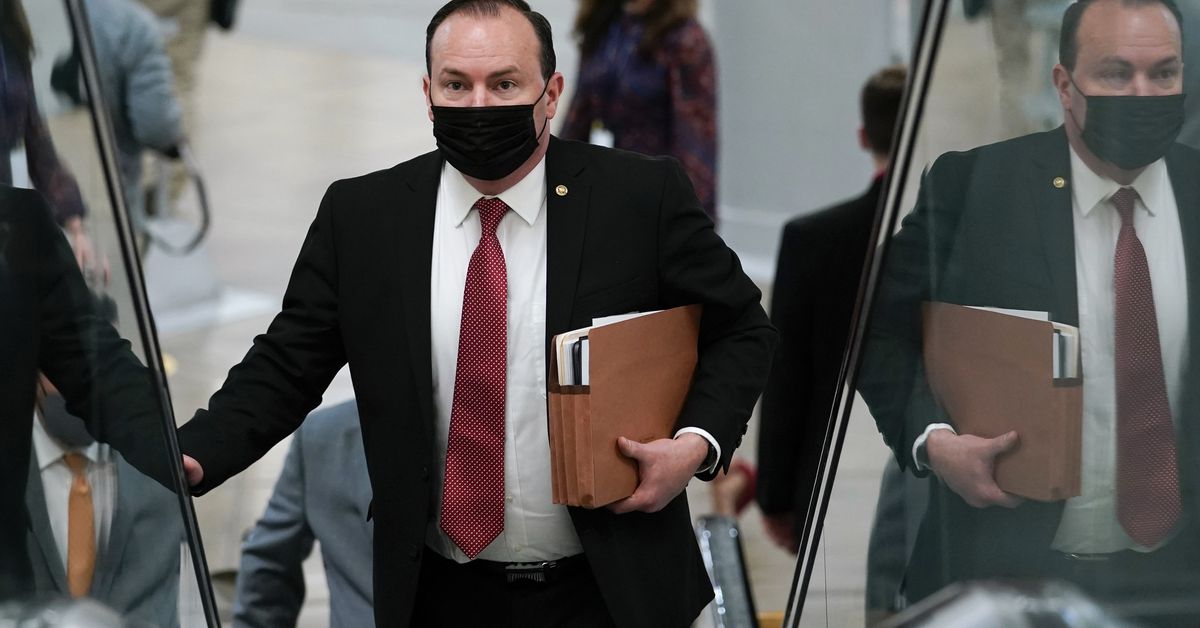 SALT LAKE CITY Utah Senator Mike Lee will attend a fundraiser for his re-election campaign today at President Donald Trumps Mar-a-Lago resort, a day after defending Senator Mitt Romneys’ vote during of the impeachment process of the Senate.

Lee released a statement on his campaign website Friday saying there is no need to be alarmed when, in rare cases, he and Romney disagree with each other or with most. Republicans in the Senate.

On the contrary, it shows that none of us blindly relies on anyone. We each do our own homework, and then, after talking to our colleagues on both sides of the aisle and to each other, we come to our own conclusions, Lee wrote.

Lee voted last week to acquit Trump, while Romney voted to convict him. Lee also ruled unconstitutional an impeachment trial against a former president and called it a farce. Romney said the House impeached Trump while he was president and the Senate should not give up its power to hold him accountable for abusing the office, even in his last days in office.

Lee said he and Romney both knew from experience what it was like to vote unlike most or even all of their GOP colleagues.

It can be liberating. It can be terrifying. It’s often both, said Lee, who has been the sole dissenter in some Senate votes.

Romney was the only senator in history to vote to remove a president from his own party as he did last year in Trump’s first impeachment trial. He was one of seven Republicans who voted to convict the former president in the second trial. Both ended in an acquittal.

Having different perspectives within the GOP leads to more solid debate and produces more thoughtful policy, which will benefit Republicans in the next election, Lee said. The Republican Party, he said, should work tirelessly to take over the House and Senate in 2022.

Lee will be among Republicans trying to retain their seats in the upcoming midterm elections. He has sent out a flurry of fundraising emails in recent weeks, claiming Democrats are preparing to spend millions of dollars to defeat him.

Earlier this week, the Left Alliance for a Better Utah launched a campaign called Humans Against Mike Lee to oust the two-term senator.

The fundraising dinner at Mar-a-Lago hosted by prominent Republican donors costs $ 10,600, according to an invitation posted by Politico reporter Marc Caputo on Twitter. Lee’s campaign manager Matt Lusty said the event was taking place in the resort town of Palm Beach, Fla., As the hosts have ties to Trump there.

The invitation does not mention Trump.

But Lusty said if Trump passes, Lee would like to talk to him about unifying the Republican Party to win the election.

I know the senator wants to take this opportunity to talk to him about unifying the party and making sure there is a good game plan to win the House and Senate back in 2022, he said. .

Lee has not spoken to Trump since the Jan.6 riot on Capitol Hill, according to Lusty.

Gaetz claimed that Antifa infiltrated the violent mob that attacked the US Capitol. Boebert caused a sensation this week when she appeared at a House committee meeting via Zoom with several guns and handguns on a shelf behind her.

Politico reported this week that the former president turned down a meeting in Mar-a-Lago with Nikki Haley, his former ambassador to the United Nations and potential 2024 presidential candidate, after criticizing him for his role in the riot from the Capitol.

On C-SPANs Washington Journal this week, Republican Accountability Project executive director Sarah Longwell said the GOP is divided right now and doesn’t know who its leader is or who it will be in the future.

The organization launched a million-dollar campaign this week, featuring TV ads and billboards, to defend the 10 House members who voted to impeach Trump and the seven senators, including Romney, who voted to condemn him. Members of the House in particular are likely to lure opponents of the primary elections proposed by Trump and his allies to remove them from office and somehow make the Republican Party entirely Trumpist.

These Republicans have chosen to do the right thing and honor the oaths they took to the Constitution, Longwell said. They’re going to receive a lot of criticism and maybe even threats for this choice, but we want them to know that there are a lot of Republicans out there who support them too and value their integrity.

Some Republicans in Utah have started a petition to censor Romney. But Utah GOP leaders have released a statement saying the party is neither looking to the past nor to be punitive as the new year begins.

Disagreement is natural and healthy in a party that is based on principle and not personality, the statement said.

The Utah GOP and Lee cited comments by Ronald Reagans that there is room in the Republican tent for many points of view. Lee said the Republican Party tent is open to anyone interested in supporting freedom-oriented goals.

With our eyes fixed on the future, we should include and invite our friends, neighbors, co-workers and family members and anyone else who might be discouraged or disaffected by bringing more people into the tent, Lee wrote.