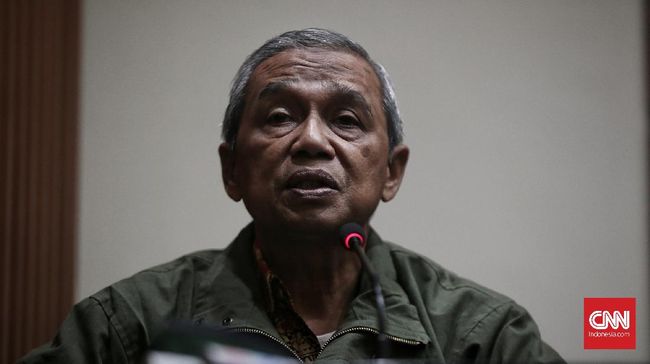 Professors and lawyers, Busyro Muqoddasassess the existence of Law No. 19 of 2016 as an amendment to Law No. 11 of 2008 on electronic information and transactions (UU ITE) at this time may be a means of state repression.

He even assimilates the law to the act of legitimation buzzeror the buzzers.

The ITE law, which was often used as a tool to denounce critical parties, reminded Busyro of what had happened during the New Order era under Soeharto’s leadership.

“In the context of the old New Order, the New Order had official state jargon, namely the far right and the far left. Both were aimed at groups that criticized the authoritarian regime, the rights of man and democracy, “Busyro said in a” Platform Without Repression “online discussion, held online via YoutubeAmnesty International Indonesia’s account, Saturday (20/2).

“What is interesting is that when the new order was implemented, the subversive law, a legacy of Dutch colonialism,” added the former chairman of the Corruption Eradication Commission (KPK).

According to Busyro, the ITE law had the same characteristics and functions as the subversive law which was a means of repression during the New Order. The existence of such repressive regulations can silence critical power, democracy and lead to legal traps.

Therefore, Busyro also considered that there are similarities between the New Order situation and what is happening now. “People are judging – including me, it has passed to neo-authoritarianism, me underline this, ”he said.

He describes his opinion as at least based on three indicators that show the similarities of the two eras.

First of all, the massiveness of the buzzers or buzzer.

“Critical people are then attacked with buzzer, in various ways, ”he said.

Second, the rampant terror, ranging from digital hacking to threats against campus activists. The third sign is the misuse of the ITE law.

“The ITE law in my opinion – and it is my mind that is independent and free – this ITE law actually has the character of a form of institutionalization. buzzer. So, buzzer which is legalized by the ITE law, ”he said.

Busyro added, there have been many casualties due to the abuse of the ITE law, including the clients he accompanies. On this occasion, he also questioned the role of the police and the main direction of the leadership of President Joko Widodo.

“Where are the police? The police are a tool of the state and a tool of law enforcement, or a tool of power? The second question is, what do you want from a country ruled by President Jokowi? ” said Busyro.

“If you want to be honest with Pancasila, then defend the values ​​by defending democracy, by supporting social justice, by supporting the principle of deliberation – which means that there is no domination of certain dominant determinants in the influence of state policy, “he continued.

In the free platform, besides Busyrom, those who spoke included journalists, researchers / academics, ordinary citizens victims of the application of the rubber article in the ITE law, such as teachers of the NTB Baiq Nuril, teachers of Aceh Saiful Mahdi, and South Kalimantan journalists DianantaP Sumedi.

On another occasion, Ika Ningtyas, head of the Freedom of Expression Division of the Southeast Asian Free Expression Network (SAFEnet), explained the challenge of freedom of expression to the Jokowi’s time not only on the abuse of the ITE law, but also on the existence of buzzer.

“Buzzer can work more seriously to carry out digital attacks, even when relating to the ITE law, ”said Ika when contacted CNNIndonesia.com, Wednesday (17/2).

SAFEnet, a nonprofit that focuses on freedom of expression, noted that throughout 2020, 84 criminal cases were brought against internet users. No less than 64 of them were caught in the ITE law, with the largest number of journalists coming from civil servants, civil servants and investors.

The revision of the ITE law recently surfaced after President Jokowi, in his speech, addressed the issue of the meaning of justice in the application of these regulations. The Minister for the Coordination of Political, Legal and Security Affairs, Mahfud Md, has formed two teams to monitor the controversy over the rubber articles in the ITE law.

The first team was responsible for compiling the technical interpretations and the criteria for the implementation of the articles considered as rubber in the ITE law. Meanwhile, the second team considered the possibility of revising Law 11 of 2008.

Prof Akbar Masood is initiating a series of reforms at BGSBU