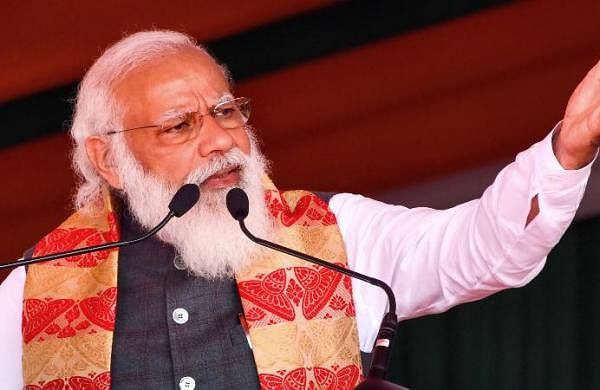 NEW DELHI / CHANDIGARH: The sixth meeting of Niti Aayog’s Board of Directors saw Prime Minister Narendra Modi strongly advocate for agricultural reforms saying they are necessary for the transformation of the sector.

Unlimited opportunities awaited farmers, the prime minister stressed, adding that the necessary investment in infrastructure and modernization would be the key to realizing the potential.

“We spend around Rs 65,000 crore importing edible oils that can easily go to our farmers. In pulses, we spent a lot on imports, but policy measures have enabled farmers to meet demand now. The result of a number of steps is evident in the increase in exports of agricultural products even during the Covid-19 pandemic, ”the Prime Minister said.

READ ALSO: In good spirits, farmers at Singhu border in Delhi without worrying about the drop in the number of demonstrators

He argued that the export of processed food products can provide multiple incomes to farmers for whom the necessary infrastructure as well as modernization would be essential. The PM in his remarks, which were endorsed by a number of MCs, also called for “regional agro-climatic planning”.

While the PM’s strong assertions for agricultural reforms received backing from Bihar Chief Minister Nitish Kumar, who said paddy purchases had increased significantly in the state – by 20 lakh per metric ton earlier. at over 30 lakh per metric ton after the scrapping of the APMC mandis in 2006 – its Punjab counterpart, Amarinder Singh, expressed deep concern over the threat to the agricultural sector due to the disruption caused by the unrest farm and sought immediate resolution of farmers’ grievances.

Amarinder said agricultural legislation, which is a state matter, should remain the domain of state governments.

Since farm laws affect a large part of the population, wider consultation is needed, he added, and said the Center should respond to farmers’ grievances to their satisfaction.

Amarinder called on the prime minister to dispel farmers’ apprehension that MSP-based supply could be discontinued in line with the recommendations of the Shanta Kumar Committee of 2015.

Amarinder reiterated the state government’s request for a bonus of Rs 100 per quintal of paddy purchased as “ paddy straw management compensation ”, which can be used for the purchase or rental of new equipment , the acquisition of skills for efficient use, and to reduce operating and maintenance costs.

Punjab CM Amarinder Singh urged the Center to consult with the state before setting priorities for COVID-19 vaccination. He also asked the Center to release the pending GST compensation amount of Rs 8,253 crore for the period of April 2020 to January 2021.

He asked the Center to allow 100% use of SDRF for COVID management expenses, instead of the current 50% cap. If the SDRF’s budget is exceeded due to Covid-related issues, the state may also be allowed to use funds available from previous years, he suggested.

Haryana requested the intervention of the Center to resolve the outstanding issue of Sutlej Yamuna Link and the Hansi-Butana Link Canal in order to be able to secure a legitimate share of the river water. This, Chief Minister ML Khattar said, would solve Haryana’s water problems.

Many areas are becoming a “dark zone” due to water scarcity, he added. Haryana is at the forefront of GST collection, but despite this, the state only gets 20% GST because of the input tax credit, he said. Khattar urged the prime minister to formulate a plan to incentivize states with maximum GST collection.

Special status for Bihar must: Nitish

Bihar CM Nitish Kumar again applied for special status for his state at the sixth meeting of the NITI Aayog Board of Directors. As Bihar is a landlocked state, it must accelerate industrial growth with the support of the Center, he said.

Nitish also raised an old request from 2011 for a port facing the nearby Odisha Sea. “If the port facility is developed in Odisha, it will help Bihar to a great extent …” He also expressed the need to promote the production of ethanol from sugar cane in the state to reduce the dependence on diesel and gasoline as fuels.