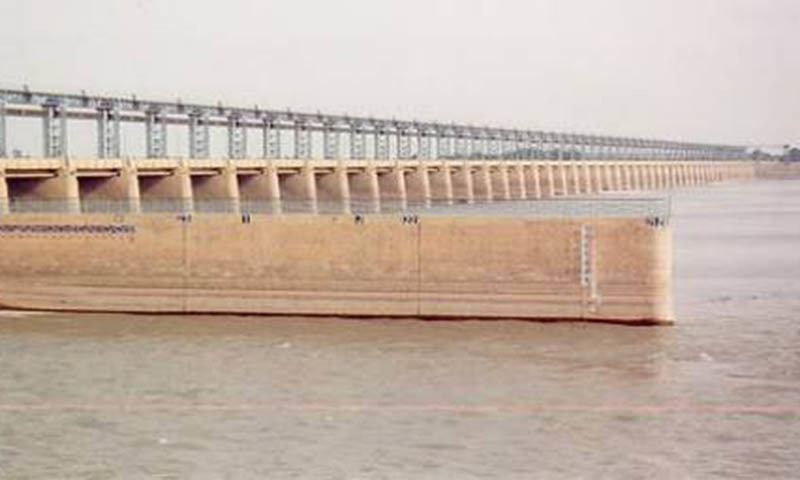 HYDERABAD: The Sindh Irrigation Department and the Water and Power Development Authority (Wapda) disagree over the construction of the 125 billion rupee Sindh dam, approved by Prime Minister Imran Khan in August 2019.

A few months ago, Wapda sent its inception report for a feasibility study of the project. Irrigation experts from Sindh responded and raised technical objections. However, Wapda, in its response, generally stands by its report and indicated that it will approach the irrigation secretary to resolve the issue, an official told Dawn.

A Sindh Dam is proposed on the Indus River at Thatta, 180 km downstream from the Kotri Dam and 45 km upstream from the outlet into the Arabian Sea. Its reservoir in the floodplains is said to be 160 km upstream of the dam, according to the Wapda press release issued after a meeting between Federal Minister of Water Resources Faisal Vawda, retired Wapda chairman, Lieutenant-General Muzammil Hussain and Chief Minister Syed Murad Ali Shah in 2019.

Downstream from Kotri, the reservoir will store between 2MAF and 3MAF of water

The reservoir would store 2 million acre feet at 3MAF of water and Wapda calls the project a phenomenal mega-program to solve water problems downstream of Kotri from sea intrusion to land erosion in the delta, climate change, loss of wetlands, mangroves, non-availability of fresh water and mass exodus.

It would be the fourth largest reservoir after Tarbela and Mangla and the last on the Indus after Kotri.

The Irrigation Department in its observation to the Wapdas initial report said: … the feasibility study is being conducted by Wapdas human and technical resources, which is inappropriate for a megaproject with complex issues. He called the Wapda collection of general natural points reports with repetitions, preconceptions. The problems downstream of the Kotri dam have been briefly described without discussing problem solving options and that suggesting a dam without Indus with an upstream reservoir as a corrective measure is not fair for an initial level feasibility study.

The ministry referred to studies reviewed by the International Panel of Experts (IPoE) after reviewing the 1991 Water Allocation Agreement, in particular its paragraph 7 on minimum marine escapements, under Kotri, to verify maritime intrusion. On the structural solution, IPoE mentioned that the dam should be closed, especially during periods of low flow. The downstream Kotri River dam will be dry during periods of low flow, which will have a negative impact on the environment, he said.

Wapda responded to comments from departments, disagreeing with irrigation officials. He said he had no preconceptions, but the report is based on data collected from departments and a reconnaissance survey carried out by experts in hydropower planning. Wapda said the IPoE recommendation of around 5,000 cusecs year round (3.6 MAF) discharging downstream from Kotri to check for sea intrusion has not been implemented so far. The recommended 5,000 cusecs would be neutralized by a Sindh dam.

When the construction of additional storage projects such as Mohmand (6.40 MAF), Bhasha (6.40 MAF) were started, a structural measure under Kotri would be a feasible solution according to the 2005 I-study of the consultants. The dam will help meet the goals of the 2005 studies, Wapda said.

Yet the irrigation department differs on the reservoir / lake 2AMF to build the town of Kotri downstream and upstream of the Sindh dam. He [lake] will cover an area about 70 km long, said Kotri Dam General Manager Haji Khan Jamali, who is also a member of the Sindh government’s technical committee on the dam.

He said that even though the Wapdas figures mentioned in the report are taken, 13MAF water, on average, flowed downstream from Kotri between 2000-2020, while Wapda refers to 28 MAF water flows which sank between 1976-2020. More aqueducts were built from 1976 to reduce water flows. How much water [out of this 13MAF] will be available once projects like Bhasha, Dasu, Nai Gaj, Raini channel [at Guddu barrage]he joked to justify that the 2MAF storage tank will not be feasible.

He said Wapda could hire international consultants for a study on the proposed dam, otherwise it won’t work well with Sindh.

He wonders how the floodwaters would pass when the riverbed is silted up. The canals mentioned in the Sindh dam are not reflected in the 1991 Water Accord, so what about their allocations? he asked and added that the IPoE recommended 5,000 daily cusecs (cumulatively 8.6 MAF) and 5MAF, once a year to go downstream from Kotri, which is not done.

The government of Sindh, in its annual development plan 2020-21, however, took into account the acquisition of consultancy services for the feasibility study of the delta dam with extraction channels, the creation of lakes / reservoir and the revival of the ecosystem in the coastal zone as a new survey and survey program. But the work has not yet started.

Wapdas GM Hydro Planning Abid Sheikh told Dawn that the authority wants to resolve issues of maritime intrusion, environment, ecology, drinking water supply, etc. through dams. What has happened to the IPoE results since then ?, he asked, talking about Lahore on the phone.

The dam will stop the action of sea waves as we propose new dikes within a 140 km long radius in the flood plains which would be 30 km on the left bank and 20 km on the right bank of the dam to protect the tank against wave action, he said.

Mr Sheikh argued that a component of the drain is there to deal with seepage, although there would be fresh water in the reservoir / lake which would improve the environment. This will benefit the fishing community and a reservoir or lake would stop the sea intrusion. In addition to the main dam, there will be an auxiliary dam to ensure the supply of fresh water to the Shah Bandar region, he said.

Suggests Jokowi to free the state from the Mafia from corruption, Dewi Tanjung: shoot the KPK Novel Baswedan!