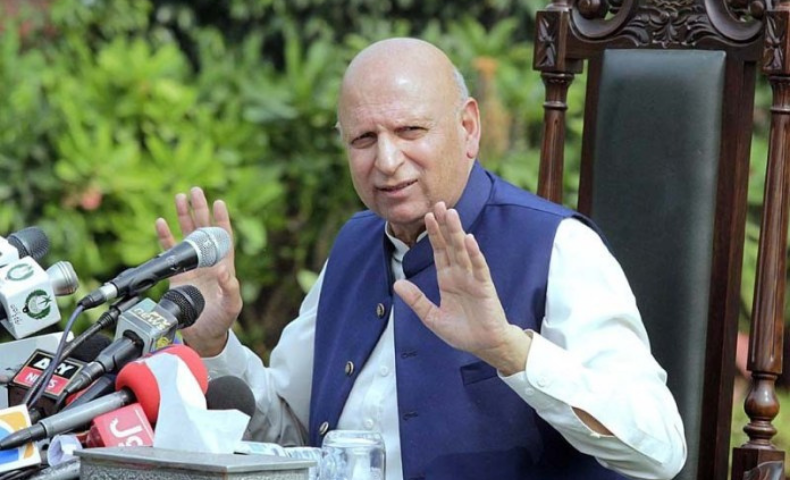 The candidates for the Senate held a meeting with the Governor of Punjab, Chaudhry Sarwar, at the Governor’s House and discussed the upcoming ballots, to ensure that the PTI and members of the National Assembly of allied parties vote for them. party candidates.

The governor assured the candidates that the members of the PTI would definitely vote for them. He said PTI allies also stood alongside the party’s candidates, hoping he would win both Senate seats in Islamabad.

Later, at a press conference at the Governor’s House, Finance Minister Dr Sheikh said that the Senate election was not taking place between him and Yousaf Raza Gilani, but that he was a contest between the two parties.

Stating that he had worked with Mr Gillani, when the latter was Prime Minister of the country, Dr Sheikh said that I want this election to be completely transparent and that there should be no buying or selling. [of votes].

Dr Sheikh said the government approached the International Monetary Fund (IMF) due to the compulsion to make the country economically strong. In the tenure of previous governments, he said, dollar reserves had fallen dramatically.

He claimed that the PTI government had adopted austerity measures, starting with the Prime Minister’s Chamber.

The governor denied that there were any differences within the PTI, and said party MPs might have reservations on some issues, but were all united under Prime Minister Imran Khan. He said the PTI allies were also firm with the government.

Winning the two federal Senate seats by the PTI will prove that all party members fought the election of Dr Abdul Hafeez Sheikh and Fauzia Arshad as their own election, the governor said.

Mr Sarwar said that the PTI government and the people of the country need the services of the Minister of Finance, Dr Sheikh, to save Pakistan from the economic crisis and make it economically prosperous under the leadership of Imran Khan.

Federal Education Minister Shafqat Mahmood said the PML-N said only the elections were transparent he won, when he lost he started screaming rigging.

He stressed that the PML-N should accept all election results to strengthen democracy in the country.

PPP REACTS: Meanwhile, the PPP expressed strong reservations about the joint press conference of the Governor of Punjab and Dr Hafeez Sheikhs at the governor’s house and asked the Pakistan Election Commission to take note of the activity.

PPP Secretary General Syed Nayyar Husain Bukhari said the joint presser of the governor and the PTI Senate candidate amounted to pre-ballot rigging and alleged that Chaudhry Sarwar had become the head of the Senate election campaign. PTI.

Mr Bukhari regretted the governor, while using his desk, solicited votes from MPs for Dr Sheikh and added that the bail was an attempt to influence the Senate elections.

The PCE should take note of the conversion of the Governor’s House into the electoral office of the PTI as well as the political activities of the governors, demanded Mr. Bukhari.

Garland says laws must be ‘applied fairly and faithfully’