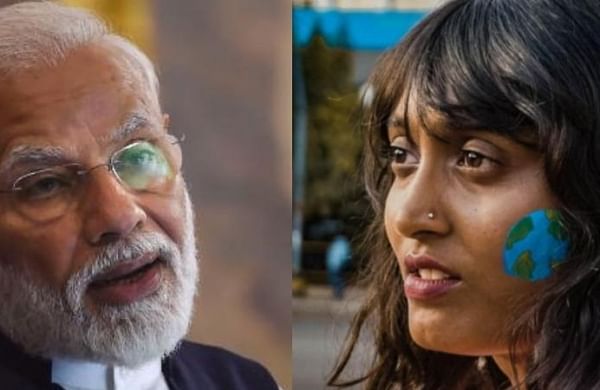 What mess is our country in? A 22-year-old student is cared for at her home and taken to Delhi without prescribed legal papers. His crime? She used internet devices to support farmers’ walk. This girl, Disha Ravi, is not in politics. She does not belong to any party. She’s just a young girl with enough civic mind to take an interest in environmental issues. Many young people are affected these days as well, and this is one of India’s strengths. It is astonishing that the authorities see this as a threat requiring the imprisonment of students.

P Chidambaram made a relevant comment on the matter when he said: “If a 22 year old student at Mount Carmel College is a threat to India, then India’s foundations are broken. India is becoming a theater of the absurd. Shashi Tharoor put it concisely: “The activists are in jail while the accused terrorists are on bail.” When popular support evaporates, leaders become autocratic. This time-tested principle seems to be proving its worth again in India. Foreign observers notice it and bring it to the attention of the world. The Swedish V-Dem Institute now ranks India among the ten fastest growing countries to become autocracies.

“It is on the verge of losing its status as a democracy due to the shrinking space for the media, civil society and the opposition.” Time magazine raises the question: how long will Joe Biden claim that Narendra Modi’s India is a democratic ally? “Hate speech is rife, peaceful dissent is criminalized, freedom of expression and association faces new constraints, and prisons fill with political prisoners and peaceful dissidents amid a servile justice system. look away. The world can hardly believe what goes beyond India. In this changing India, bizarre ideas are easily found.

The latest brain wave attributed to Amit Shah is that there are plans to activate BJP in Nepal and Sri Lanka. This was publicly stated by Tripura BJP Chief Minister Biplab Deb. He said Amit Shah assured the party that this would be accomplished. It’s a mystery that Amit Shah doesn’t want the BJP to take over Bangladesh and Thailand on one side and Afghanistan and Iran on the other. Doesn’t he want them to also thrive under the inspiring colors of BJP?

The Prime Minister joined the chorus with a startling remark – that previous governments failed to name places after leaders like Subhas Chandra Bose, BR Ambedkar and Sardar Patel. Either Modi was arguing for the sake of the argument, or he betrayed a surprising level of ignorance. There is hardly a city in India without a Netaji road. The statues of Ambedkar outnumber those of any other chief. Patel isn’t as popular as Bose or Ambedkar, but he also has a lot of vidyalayas and chowks named after him. Modi weakened his own argument by ignoring these facts. He assumed, as usual, that the country would swallow anything he said.

In fact, Modi’s new movements have strengthened the worldview of him as an autocratic and self-centered leader who is doing India more harm than good. The world has no doubt noticed the scale of the protests that erupted in India when Disha Ravi was seized by the police. All except the BJP saw his arrest as a violation of basic citizenship rights. It hit them as part of an attempt to silence any opposition. Haryana’s extremist Interior Minister Anil Vij has publicly declared that anyone with the seeds of anti-nationalist thinking “should be destroyed”. He would be first on the list if anti-nationalism were to be properly defined.

The widespread protest that erupted against Disha Ravi’s arrest highlighted the gap between the feelings of the people and those of the BJP. In Bengaluru, not only activists and farmers, but also students and writers came in large numbers to protest the arrest. Many saw the arrest as a sign of the Modi government’s insecurity and paranoia. The arrest turned out to be counterproductive when Disha supporters launched a digital #fingeronyourlips campaign to show how the government was gagging people. Modi loses on all fronts. He will tighten his authoritarian hold. It is a game where people will win eventually, even if a generation has to bear the brunt of a dictatorial regime. Modi vs people. What an anticlimax.

Humans, robots will read your feelings through body language