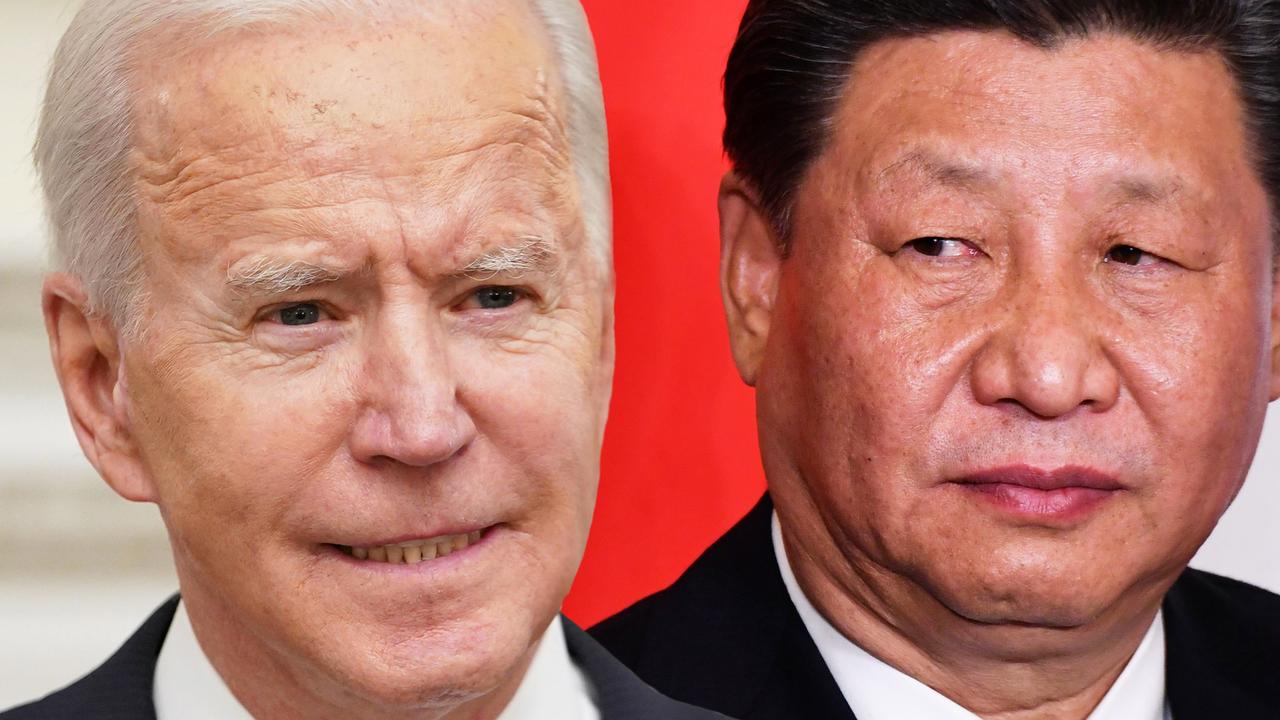 Tensions are mounting in the South China Sea after the United States violates a sovereign limit. Now Joe Biden is under increasing pressure to take serious action.

A warship has sailed among the islands claimed by Beijing this week as the United States steps up its military presence in response to China’s “open fire” laws. But an Australian strategist warns Beijing may already have its next escalation plan ready: the wolf-warriors of the sea.

US President Joe Biden has called Xi Jinping’s regime America’s “most serious competitor” because of its attacks on “world governance”. His statement – and the moves of the warship – came after Beijing passed a provocative law allowing its coast guard to shoot “intruders.”

The guided-missile destroyer USS Russell deliberately violated the 22 km “sovereignty” limit of the Spratly Islands in the South China Sea. He followed in the wake of the USS John McCain, which led a similar challenge in the Paracel Islands earlier this month.

Beijing had earlier released his own statement accusing Washington of having “seriously violated China’s sovereignty and security, gravely undermined regional peace and stability, and deliberately disrupted the good atmosphere of peace, friendship and cooperation in the South China Sea”.

International security analysts warn of growing rhetoric and the forced movements of warships into disputed territories are setting the stage for a major incident.

‘WOLF WARRIORS OF THE SEA’

Beijing’s authorization of its coast guard to use force against foreign ships “is a big change that has so far attracted far less attention than it deserves”, supports Michael Shoebridge, director of the Australian Strategic Policy Institute (ASPI).

The law allows the Chinese Coast Guard to take “all necessary measures,” including the use of lethal weapons, against any “violation” of Chinese sovereignty or jurisdiction.

The problem is that the rest of the world does not recognize Beijing’s sovereignty or jurisdiction over the East and South China Seas.

“The daring (of President Xi Jinping) with the Coast Guard shows that he is increasing the risk he is willing to take by taking on other nations and using the levers he has to project Chinese power. And the Coast Guard movement gives it some very practical new tools to cause damage and insecurity and act in ways others – especially the military – cannot and probably should not match.

Mr Shoebridge warns that the Chinese coastguard and fishing militias already pose a risk by intimidating and ramming vessels from other countries.

“What’s different now, however, is that with this new law, Xi told his coastguards to be wolf warriors at sea – and to use force, including lethal force, to to assert Chinese interests, ”he wrote.

And they have an unexpected weapon at their disposal: Chinese Coast Guard ships are reinforced to survive the shelling.

“So we may have to think less about the Chinese Coast Guard shooting other nations’ ships and more about how to deal with the wolf-warrior-minded coastguard commanders authorized by Xi to get in trouble, and how to handle ships designed to hurt others without using their weapons. “

An armed Chinese Coast Guard vessel entered Japanese territorial waters around the Senkaku Islands earlier this week for the first time since the introduction of the “open fire” law.

He and another unarmed Coast Guard vessel joined two others in imposing their presence on the disputed islands since the weekend.

They then approached a Japanese fishing boat before Japan’s own coast guard intervened.

“These activities are a violation of international law,” Chief Cabinet Secretary Katsunobu Kato told the media. Beijing, however, claims the Distant Rocks as its “inherent territory”.

“The problem, however, is not that China blatantly violates international law – it’s that it does so while simultaneously creating a veneer of legal legitimacy for its position,” says Oriana Skylar Mastro, international security analyst at Stanford University, in the interpreter of the Lowy Institute.

“In other words, while international law can support the position of the United States and Australia on legal behavior within EEZs, countries must work harder to solidify this standard more broadly.”

US Heritage Foundation think tank Chinese analyst Jeff Smith argues that the Biden administration – and its allies – must step up their response.

“The vast majority of the world’s capitals find China’s claims in the South China Sea ridiculous,” he wrote. “It would be harder for China to sell the false narrative that the South China Sea is a bilateral dispute with the United States if other countries were more robust in their exercise of freedom of navigation in the China Sea southern like Australia.

“If Chinese attempts to restrict the freedom of navigation of the United States intensify, the administration should be ready to step up the pace and consider new flavors of FONOP.”