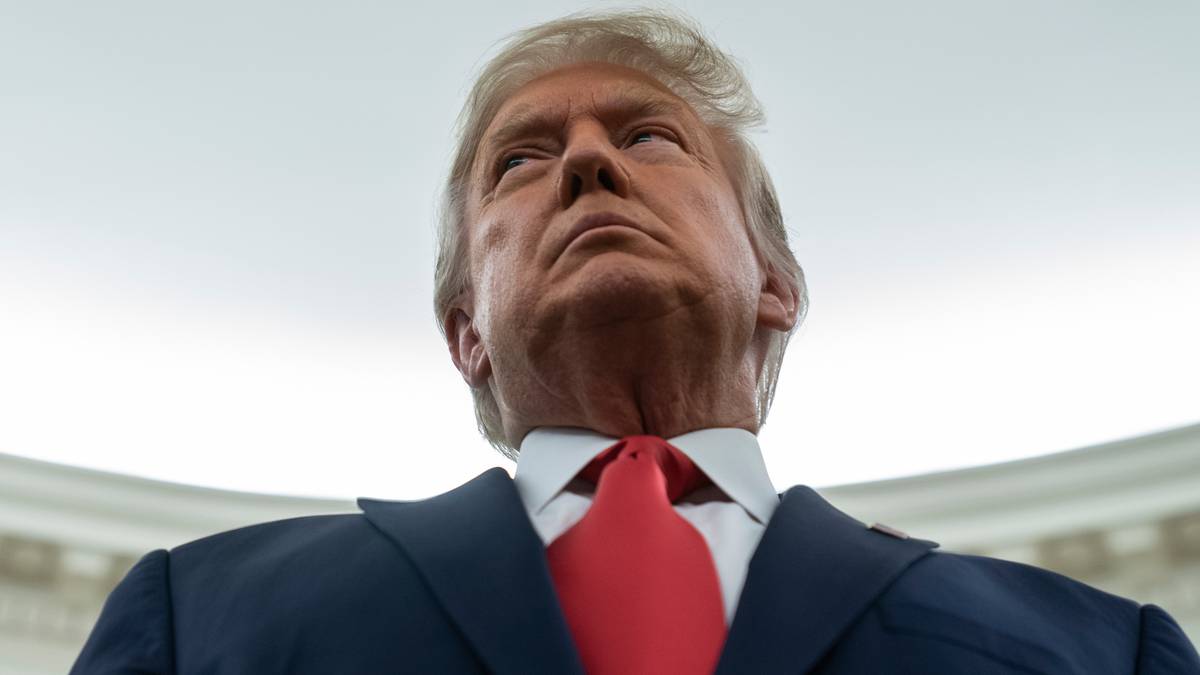 The 14th Amendment to the US Constitution excludes from office those who “have engaged in insurgency” against the United States. Photo / AP

The acquittal of former President Donald Trump by the US Senate in his impeachment trial may not be the end of efforts to prevent him from running for president again.

If Trump chooses to run for the White House in 2024, opponents will likely appeal to a constitutional provision passed after the Civil War to try to stop him. The Supreme Court could have the last word.

The 14th Amendment to the Constitution disqualifies from future office any former elected official and military officer who “has engaged in an insurrection or a rebellion” against the United States. Ratified in 1868, the wording of section 3 of the amendment targeted former Confederate civilian and military leaders.

But it could be applied to people who instigated or participated in the Jan.6 attack on Capitol Hill, legal experts said, noting that a Congressional commission to investigate the attack and prosecution against Trump could help clarify his role in the deadly insurgency that day. .

“If Trump runs again in 2024, I think it’s very likely that we’ll see efforts to prevent him from voting for 14th Amendment reasons,” said Daniel Hemel, professor of law at the University of Chicago.

Keep the confederates out of office

The drafters of the 14th Amendment wanted to prevent former public servants who joined Confederation from returning to public service, without an explicit vote in Congress restoring their eligibility. Section 3 has been applied for several years at the national and federal levels, according to Gerard Magliocca, a professor at the Robert H McKinney School of Law at Indiana University. But in 1872, by a two-thirds vote of the House and Senate, Congress lifted the ban on most people removed from office.

Since then, it is fair to say that the provision has fallen into disuse. “Nobody is really talking about it,” said Laura Edwards, a professor of legal history at Princeton who has studied the 14th Amendment. “You haven’t had to talk about it since the Civil War.”

How this could be invoked against Trump

At least two Democrats in Congress say they are working on it. Democrat Steven Cohen said he was drafting a bill he hoped to unveil in the coming weeks that would allow the constitutional provision to apply to anyone with links to violence on Capitol Hill last month. The bill would allow the Justice Department to prosecute potential candidates and designate a federal court to handle all efforts to prevent candidates from voting, Cohen said.

The riot on Capitol Hill to try to prevent Congress from certifying President Joe Biden’s Electoral College victory “was about as heinous and reprehensible an act since Benedict Arnold,” Cohen said, referring to the General of the War revolutionary who was a traitor to the American cause.

Democrat Debbie Wasserman Schultz said in a statement she was working on a measure “that would prevent traitors like Donald Trump and others from serving in a government they once sought to overthrow.”

The legislation would require Biden’s signature. Congress could also pass a resolution declaring that Trump and possibly others are disqualified from future duties, although, as Hemel pointed out, “this non-binding resolution would be worth no more than the paper it is on. written “.

Democrats are seeking to exclude from future office those who instigated the murderous siege of the U.S. Capitol. Photo / Getty Images

With or without the involvement of Congress, this issue would inevitably be taken to court, said Elizabeth Wydra, chair of the Constitutional Accountability Center. “But I think that’s okay, testing a constitutional provision that hasn’t been used often,” Wydra said.

What would happen then?

First, was there an insurgency? Trump’s lawyers argued during the impeachment trial that there was none, but Republican Senate Leader Mitch McConnell called the events of January 6 a failed insurgency, and the term was used repeatedly by Democrats in the impeachment process and widely used by the media. . Merriam-Webster defines insurrection as “an act or instance of revolt against a civil authority or an established government”.

Second, has Trump embarked on an insurgency? Here, too, the Trump team and House prosecutors differ. The answer may depend on more information that may emerge from a Congressional investigation into the January 6 riot, a lawsuit brought this week by Democrat Bennie Thompson against Trump, or the court case over the disqualification of Trump, Magliocca said. “We need a lot more development of the facts,” he said.

Lawyers for Donald Trump argued during the impeachment trial that the siege of the U.S. Capitol was not an insurgency. Photo / AP

Third, is Trump even covered by Section 3? The section does not explicitly mention the presidency, but Magliocca is among legal scholars who believe Trump could be excluded.

In the end, the Supreme Court would likely be asked to weigh in and perhaps in the heat of the presidential race, as the problem would likely only arise if Trump announced his candidacy and sought to qualify for the ballot.

This development might not please Chief Justice John Roberts, who presided over Trump’s first impeachment trial. Roberts was keen to keep the court out of cases related to Trump’s baseless allegations of electoral fraud, which have been overwhelmingly dismissed by courts and state election officials, and partisan political controversies where possible.

“I don’t think the potential to give the Chief Justice heartburn is a reason to avoid applying the Constitution, but I’m sure it would be very unfortunate to have this land in his court,” Wydra said.